As part of a group called Aspiration Creation, students from the Dunwoody/Sandy Springs area, near Atlanta, Georgia, participated in the #VMCschools campaign, a project with the European Space Agency to take real live images of Mars. Students were required to submit a proposal to the ESA, identifying the feature they wished to image, as well as detailing how they planned to use the images. Proposals were accepted from Europe, The United States, Argentina, and Australia. Aspiration Creation's was among 25 proposals selected internationally. Their work culminated in a PowerPoint presentation which was published on the European Space Agency’s website under the subheading “Aspiration Creation”. You can view the entire presentation here. 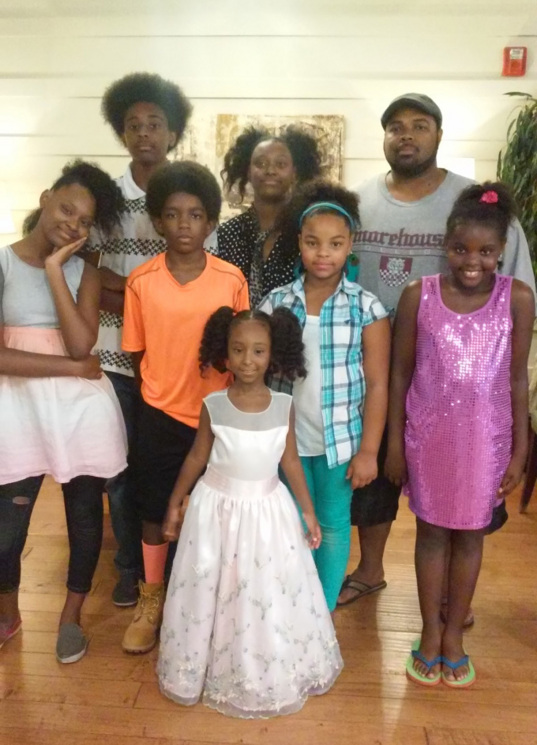 So how did all of this come about? The European Space Agency has a satellite called Mars Express in orbit around the red planet. The satellite is equipped with a bevy of scientific instruments used to study the Martian surface and atmosphere. Among these instruments is a camera called the Visual Monitoring Camera (VMC). In May the European Space Agency announced that Mars Express would be entering solar conjunction, a period where Earth and Mars are on opposite sides of the Sun. This phenomenon makes it impossible for Mars Express to communicate with Earth, so engineers typically preprogram maintenance and diagnostic routines for the satellite to execute until communication can be reestablished.

Additionally, ESA announced that they wanted to utilize this time to make the VMC available for educational purposes. So, they released a Request For Proposals. Groups whose proposals were selected would be allowed to point the satellite at the Martian feature of their choice and image it. In their proposals, students had to identify the feature they wanted to image, support their reasoning, and state how they would use the images for educational purposes. The trick was that there was only a 3-day window for the satellite to take images, so not all features would be visible to the satellite or adequately illuminated by the Sun. To address this issue, the students had to download, learn, and use a solar system simulation software (Celestia) to figure out which features would be good candidates for imaging during the 3-day window.

Groups from 19 different countries submitted proposals. Our group included 7 children, ages 5 to 14, each student being involved in every aspect of the project. After viewing several possibilities, our group decided to image the Martian South Pole. When asked about her experience, the youngest of the group, Maria, recalled  "I really liked looking for planets with Celestia." 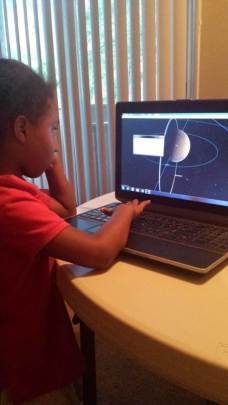 Maria explores the south pole of Mars with Celestia

Once selected as one of the 25 participants, our group used Google Hangouts to meet with flight control engineers at the ESA to ask questions and discuss the specifics of the imaging process. Mars Express took images for three days and sent the students 750 raw images of the Martian South Pole. The raw images appear black & white. Special image processing techniques must be applied to reveal the true colors. Students watched image processing tutorials offered by the Planetary Society to learn what they needed to know. They downloaded free image processing software (GIMP) and used it to import and process the images. Students learned to view logarithmic histograms of the images to determine the brightness/contrast adjustments, as well as how to apply various digital filters to increase sharpness and improve color levels.

Once the images were satisfactory, students researched the south poles of Earth and Mars and compared and contrasted them with a Venn Diagram. Ten-year-old Peyton said, "The most exciting thing I learned was that the south poles of Mars and Earth have so much in common. Who knew!" Kamaria, also ten, was amazed to learn that "the red color of Mars comes from iron oxides on the surface. The same thing that gives our Georgia clay its color!" For their work the students were recognized by the Fulton County Superintendent and the Dekalb County Board of Education.

Aspiration Creation began as a group of parents who wanted to ensure that their children were maintaining excellence academically. Corporate learning centers like Kumon and Huntington Learning Center are often prohibitively expensive, and private tutors are often more so. With so much riding on education, parents believed it should not depend on financial resources. So, they decided to use the resources already at their disposal to offer tutorials for free. The priority is to ensure that students are mastering the material being taught in school, but they are also immersed in mathematics, science, reading, and history via introduction to advanced concepts, critical thinking, comprehension, and art. There is no charge for participation. The only requirement is an open mind and a desire to learn.

A version of this post originally appeared on Mark Sequiera's blog. 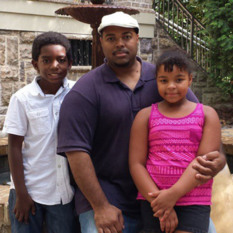 Mark: Great report! The Aspiration Creation students in Georgia did a great job -- as did others in multiple countries -- and we're very proud they could make use of the MEX VMC images to learn about Mars. Two comments: First, VMC will be switched back on 1 Mar and we're looking forward to a robust observing season in the next couple months. We're also expecting some super-nice news related to VMC in this period, so please keep an eye on @esamarswebcam ... Second, and this is a query on US English: Why do you write "Students were required to submit a proposal to the ESA..."? I see "the ESA" used often by US authors in this attributive sense, who would otherwise never write: "Students were required to submit a proposal to the NASA..." Why is simply using "ESA" not obvious to authors on your side of the ocean, as it is here with UK media and journalists across the continent? This is no criticism, just a question.. Cheers!