Running Down a Comet

My email icon showed a new message, and my heartbeat quickened slightly, since it might herald a new discovery. Three times a week our team searches through the data from the Near-Earth Object Wide-field Infrared Survey Explorer (NEOWISE; the Principal Investigator is Amy Mainzer of JPL) to look for asteroids and comets, some of which no one has ever seen before. The data are displayed as webpages showing images our software identifies as potentially part of a set of real detections that don't match any known objects, and the team has to decide if the detections are real, or only a collection of noise. When we find a real, new object, we email the team the good news. 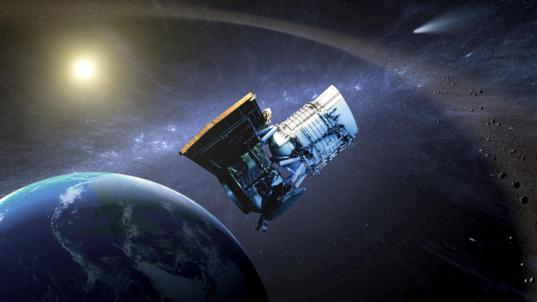 Checking the email this past week it was Dr. Emily Kramer, a postdoctoral scholar on the NEOWISE team, who drew a lucky page with a new discovery on it. But this was a particularly special case; the detection was fuzzy, indicating that the object might be spewing out gas and dust: a comet. This object would turn out to be the 7th comet NEOWISE had discovered since December 2013. But first, we had to make sure we could predict where it was going to go, since when new asteroids and comets are first discovered using a small number of images, their orbits are poorly known.

NEOWISE carries out a survey pattern prescribed by its orbit around the Earth and the Earth's orbit around the Sun, so it can't go back to take a second look at things. We therefore need to use other telescopes to track our new discoveries. We sent our measurements to the Minor Planet Center (MPC), the international repository for detections and orbits of asteroids and comets. Within an hour the object had been posted to their public Potential Comet Confirmation Page under an unofficial identifier code used by the NEOWISE project, "N0096si". This temporary name would be replaced by its official designation once it had been confirmed to be real, and confirmed to be a comet.

Now, the worldwide network of follow-up observers swung into action (both professional and amateur), using the MPC's webpages to guide their observing. Most of the telescopes that provide follow-up observations of asteroids and comets are in the northern hemisphere, however, and this new discovery was at a declination of -47 degrees—well below the celestial equator and out of reach of most telescopes in the north. For cases just like this, the Gemini Observatory granted our team eight hours each semester of Target-of-Opportunity observing time on its southern telescope Gemini South, through their Large and Long Program. So shortly after the MPC posted the object on their confirmation, I sent a request to Gemini asking them to swing the 8-meter mirror in the direction of our tiny, fuzzy dot the next night.

Then we had to wait for the observations to be scheduled, for night to fall, and then for the object to rise. All the time knowing that as we waited, the uncertainty on the position of our object was growing. If too much time passed, we might not have been able to find the object again. The object was in the morning sky rising a few hours before dawn, so I knew that Gemini would observe it around midnight Pacific time. So I waited.

Just before bed, I checked Gemini's observing tool, and much to my delight the target had switched from "Ready" to "Observed". The team of observers and support astronomers at Gemini took the observations from 11:06 to 11:10 PM PST, and the data were immediately processed and loaded into the Gemini online data archive, meaning I was able to download them by 11:45 PM to my laptop in Los Angeles. The images traveled from the Cerro Pachon mountain in Chile to the operations center in La Serena, Chile, via undersea cables to the archive in Hawaii, via undersea cables again to my wi-fi router, then across 20 feet of air to my laptop in California, all in under a half hour and all nearly automatically (other than my clicking the download button on my laptop).

Opening the images, I smiled as I saw the soft, fuzzy blob slowly moving across the frame. Our discovery was definitely a comet. I quickly measured its position and brightness in the four images the Gemini team had snapped for me, and sent them off to the MPC in Boston.

Gemini images of comet C/2016 B1 (NEOWISE). The right panel is an extreme stretch of the image on the left, highlighting the coma and tail.

In addition to our observations, another group in Chile at Cerro Tololo and two groups in Argentina also were able to measure the position of our comet, helping to lock down the orbit and allowing the MPC team to officially designate N0096si as C/2016 B1 (NEOWISE), the first NEOWISE comet of the year. C/2016 B1 is a parabolic comet, with an eccentricity close to one, meaning it will likely leave our solar system for good after this one pass into the inner reaches.

Even though official naming rules require the comet to be named after NEOWISE, the discovering survey, it took 4 teams of follow-up observers across two continents to get enough data to prove that this was a real object, that it was a comet, and to measure its orbit well enough that we'll be able to find it again in the future (at least until it leaves the inner solar system forever). Small body discovery is a worldwide team effort, because (with apologies to Tom Petty) we are all working on a mystery, going wherever it leads, running down a comet. 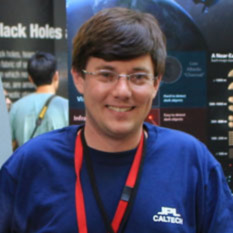