OSIRIS-REx – Seeking Answers to the Sweet Mystery of Life

The nature of the origin of life is a topic that has engaged people since ancient times. Where did we come from? What was the first life? How are we related? Are we alone? The study of biologic remains and environments preserved in rocks (fossils) and biochemical pathways and structures found across organisms (molecular fossils) can address these questions.

Molecular evidence shows that all life on Earth is related—fundamentally, biology shares a genetic language, related molecular machinery, and common chemistry. By looking at the details of genetic and protein sequences more detailed relationships can be determined for modern organisms. 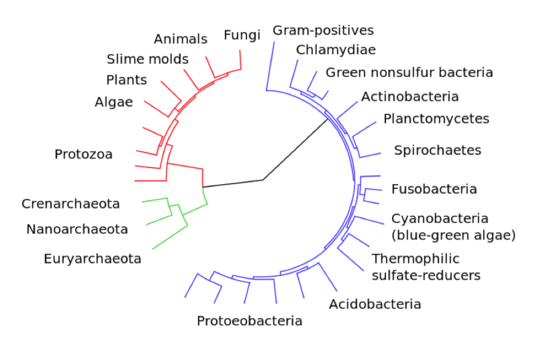 Genomic relationship across the three domains of life

Fossil evidence of life or the environment in which it formed has been lost to the active geology of the Earth. There are some microbial and chemical fossils at 3.5 and 3.8 billion years ago, and some ancient zircon crystals indicating cool wet crust at 4.4 billion years ago. But organic chemistry from this time is lost. We also know from the craters on the Moon that this was a time when asteroids and comets impacted the Moon and thus the Earth.

“All we have are these stupid tantalizing zircons and the scars on the face of the Moon.” Plate tectonics and erosion have destroyed most of the geologic record and nearly all of the record older than 3.5 billion years ago, except for a few zircon crystals and evidence of the early solar system preserved on the Moon, planets, comets, asteroids and their meteorites.

Since the Earth is so uncommunicative about her early history, scientists turn to extraterrestrial samples and observations to either model the ancient Earth in the laboratory and on computers or to the study of meteorites.

The Alais meteorite, which landed in southern France in 1806, was found to have extraterrestrial clay, water, and carbonaceous material by Jöns Jacob Berzelius in 1833. This was the first carbonaceous chondrite meteorite identified, and it launched the field of extraterrestrial organic research. Since then the study of meteorites to understand the organic compounds available from space for the origin of life on Earth (or Mars, or Europa, or Enceladus, etc.) has grown. Now scientists use meteorites to gain insight into the chemistry of the early solar system and as a model for the chemistry that may have occurred on the early Earth.

The discovery of specific complex organic compounds from the 1960s to the present, including compounds that are important to biology on Earth further bolstered the idea that meteorites could have been an important source of prebiotic compounds required for the emergence of life. In fact, the present day mass flux of carbon-rich micrometeorites to the Earth is estimated to be ~40,000 tons per year and the meteoritic input of carbon to the early Earth may have been up to 1,000 times higher during the period of heavy bombardment ~4 billion years ago.

Since the time of Berzelius, there was the concern that meteorites that land or are found in the biosphere are rapidly contaminated by biology. Clever methods have been used to determine which compounds are sullied. The comparison of the molecular distribution, chirality, and stable isotopic ratios can indicate the extent of contamination. Searching for meteorites in environments with fewer creatures and fewer interfering Earth rocks, such as deserts and Antarctica, can reduce the level of contamination. Additionally, collecting terrestrial material from the area where the meteorites were found gives important contamination background. The study of soil or ice from the recovery site serves as a natural witness to the contamination environment from the sample. 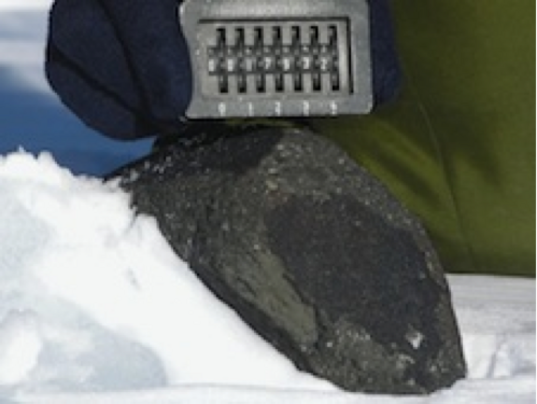 The Antarctic Search for Meteorites 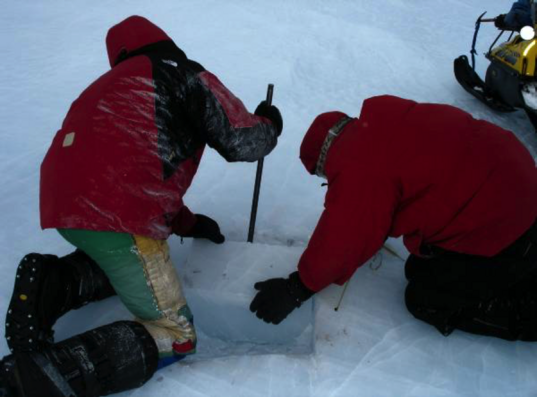 ANSMET also sampled ice as a sort of witness plate to study the contamination background.

While the terrestrial meteorite collection is an invaluable sample of the early solar system, it suffers from a few problems. First (with very few exceptions), meteorites in the collection are not connected to their parent body. There is no way to know if a specific sample represents a common class of asteroids, or unusual regions of common asteroids, or common regions of unusual asteroids, or comets, etc. Second, even with the clever chemistry and background samples, there is no way to understand all the contamination history of a meteorite or “subtract out” particularly abundant contaminants. The pristine sample returned from Bennu by OSIRIS-REx will circumvent many of these problems, providing pristine asteroidal material from a well-characterized parent body.

The Astrobiology Analytical Laboratory at NASA Goddard Space Flight Center uses analytical tools, like one would see on a forensic crime show to analyze a wide range of meteorites for organic compounds important for life. The central method is gas or liquid chromatography, the physical separation of complex mixtures with analysis by different sensitive techniques. This is coupled to a range of different kinds of mass spectrometry. We have been fortunate to analyze samples returned by NASA’s Apollo and Stardust missions, as well as use these advanced techniques and careful contamination analysis to solve a 50-year-old debate over the presence of DNA bases (purines) in meteorites.

The detection of compounds in meteorites that look similar to those found in terrestrial life means that the chemical language of astrochemistry is also the language of biology. So if life exists elsewhere in the solar system, is may be biochemically similar to us. But no one can yet be sure. 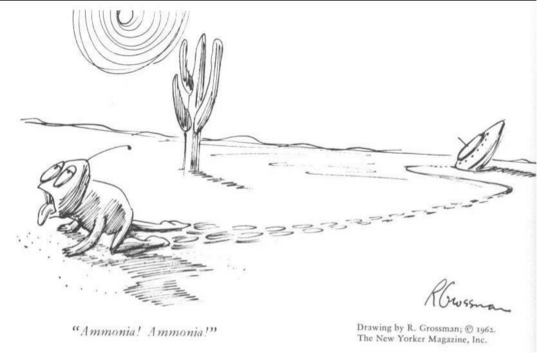 If life exists outside Earth, it is probably more chemically similar than dissimilar to us based on common chemistry found in life and in meteorites.

In addition, we are currently analyzing spacecraft components and the cleanroom environment for contaminants that may hamper the investigation of the samples returned by OSIRIS-REx. Better than the witnesses of dirt and ice collected when analyzing terrestrial meteorites, OSIRIS-REx will have witnesses to understand what few contaminants the spacecraft brings with it.

So 210 years after the first carbonaceous chondrite meteorite, Alais, was found, OSIRIS-REx will launch to collect pristine samples from Bennu. These samples will be from a specific place on a specific carbon-rich asteroid with very low and very well understood contamination. These precious samples, to be returned to the Earth in 2023 and archived for decades beyond that, may indeed hide the secrets to the origin of life. We hope that our lab, combined with other labs around the world and even scientists and instruments that do not yet exist, will be able to unlock their secrets. 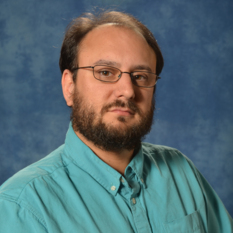 Hmmm... All a bit silly, really... While the search for signs of exobiology is important, the mere identification of organic molecules related to biology on interplanetary bodies or exotic conditions in deep space (see, for instance, http://astrobiology.com/2015/05/a-hot-start-to-the-origin-of-life.html ) would seem to be of academic interest as we now have, at last, a plausible model for the origin of biology. One for which extra-terrestrial moeities are not required Even the earlier terrestrial models of abiogenesis involving the "primordial soup", partially dried ponds, tidal zones or volcanic fringes have serious problems with such things as flow and concentration. These irreconcilable problems have, however, by a far more plausible alkaline hydrothermal vents model which can also be extended in terms of co-evolution of the cell boundary along with the internal metabolic processes. This brings the problem of probabilities, as discussed extensively in Robert Shapiro's "Origins", within reasonable bounds. The alkaline vents have identified a scenario in which these conditions are met. The existence of myriad cavities in the superstructures which could serve as matrices for proto-cells has at last provided a plausible and coherent scenario for the co-evolution of cell membrane together with proteins and nucleotides. At the same time bringing the probability issues within reasonable bounds. We certainly don't need to invoke reactions in exotic conditions of deep space for the syntheses involved This model of abiogenesis is explored in chapter 9 of my latest book "The Intricacy Generator: Pushing Chemistry and Geometry Uphill"

This is a easy-to-read (for a non-scientist) article on an interesting subject. As a contrast I've read Cognosium's reply twice and it still presents a somewhat steeper incline. Best of luck to oSIRIS REX and the AAL.