This article was co-authored by Yu Fei of the Xinhua News Agency.

In the new Hollywood blockbuster, The Martian, NASA astronaut Mark Watney is stranded on Mars. At a critical moment, China offers to help the U.S. bring him back to Earth. But can these two countries cooperate to explore space in reality?

At the 66th International Astronautical Congress in Jerusalem recently, NASA administrator Charles Bolden urged his country to cooperate with China in space programs. Otherwise, he warned, the U.S. could be left out of future international space ventures.

Cooperation between China and NASA has been hampered by an exclusionary law passed by the U.S. Congress in 2011. It prohibits NASA from using its funds to host Chinese visitors at NASA facilities (citing security concerns), and bars NASA from working bilaterally with researchers who are affiliated with a Chinese government entity or enterprise.

Bolden said he thought the ban was temporary. His sentiment was echoed by Xu Dazhe, administrator of the China National Space Administration, who expressed a willingness to cooperate with the United States as soon as possible.

Aerospace cooperation between China and United States is undoubtedly necessary. China, the third country to put people in space following the U.S. and Russia, has long-term programs and ambitions. As the leading power in space, the United States boasts advanced technologies and rich experience.

But spaceflight requires both advanced technologies and large investments, which makes it ideal for bilateral cooperation. It requires various countries to contribute their respective technological advantages. And multinational cooperation can help share the costs.

Although Bolden has emphasized many times the importance of Sino-U.S. space cooperation, it is the U.S. Congress, rather than NASA, who has the final say. Politics have raised many difficulties and awkward situations for the space scientists of both countries.

In 2013, Chinese scientists were banned from a conference on the search for extra-solar planets using the Kepler space telescope, which was held at NASA’s Ames Space Research Center. The ban triggered strong protests among astronomers in both China and the United States.

China has been shut out of the International Space Station, which is owned and operated by 15-nation partnership. In August, the Beijing Institute of Technology signed a contract with a private U.S. company to send the university’s scientific equipment to the station to conduct genomic experiments — a move that will help explore opportunities for space cooperation between the two countries. The contract, valued at $200,000 U.S. dollars, is purely commercial and serves only scientific purposes.

Space exploration, which is naturally open to all, is a common human cause. Space science, astronomy and planetary science seek to explore unknown worlds and to expand the frontiers of human knowledge, and should not involve political and economic interests. Only with cooperation and competition can scientific research make progress. Banning cooperation stifles sustainable development. 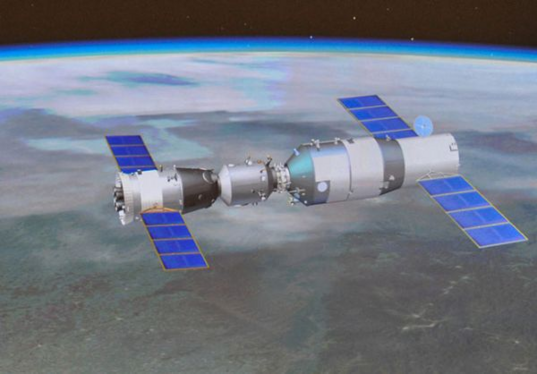 China plans to build its own space station. The experience and lessons of the International Space Station can help China achieve long-term success in this ambition. China is advancing lunar exploration, and is planning to probe Mars. China and the United States have a variety of opportunities for cooperation, from the design of lunar and Martian missions to the development of scientific instruments.

Before the implementation of the exclusionary U.S. law, Chinese and American scientists laid a good foundation for cooperation. The two sides should strengthen contacts and exchanges, and use multinational cooperation to avoid political risks. This cooperation could start from key points and expand to larger areas.

Such an approach has precedent. During the Cold War, U.S. scientists engaged with their Soviet counterparts, and the Apollo-Soyuz mission was an example of the two powers specifically using space as a means to cooperate peacefully, despite other tensions.

The space industries of China and the United States should reduce suspicions, negotiate rules of conduct, promote in-depth and substantial cooperation, and achieve mutual benefits. Together, these two nations could bring home The Martian. 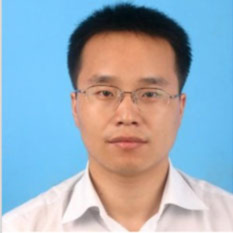 If the United States and NASA decide Mars is too expensive and unrealistic, that might open the door to Chinese and more International cooperation. Sadly few things are as compelling to the government than money, and if cooperating with the Chinese saves NASA funds and face that may be the way to expect such cooperation; it already happened in the 1990s when the Clinton administration added Russia to the ISS.