Last week, more than 150 astronomers gathered in Nashville for a conference. Unlike many scientific meetings, however, the topic was not distant galaxies or nearby planets. Instead, we spent three days examining fundamental questions in our field: Who gets to practice astronomy? How can we make astronomy more inclusive?

The goal of the Inclusive Astronomy meeting was to discuss issues affecting underrepresented minorities in the community of astronomy. We accomplished this with plenary talks and breakout sessions in four topical areas: Creating an Inclusive Environment, Barriers to Access, Establishing a Community of Inclusive Practice, and Power, Policy, and Leadership.

Perhaps you are thinking something like I did, before the conference: "These things are important, but inclusivity isn't a fundamental part of doing astronomy. Shouldn't astronomers put their time and energy into doing science rather than worry about policies that determine who gets to do that science?"

I know now that science and scientists are inseparable. If I learned anything at Inclusive Astronomy, it is this truth. To successfully land a rover on Mars, we have to invest in the livelihoods of the people who plan and build each part of that mission. To discover new things about the composition of asteroids, we must also examine the composition of our scientific collaborations. 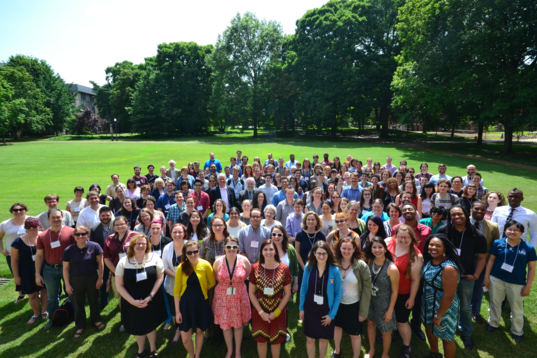 This is what the future of astronomy looks like.

So, who is underrepresented in astronomy? People of color. Women. People who identify as LGBT. People with disabilities. These identities do not encompass all marginalized groups, but they were the focus of our discussions at Inclusive Astronomy. When we exclude members of one or more of these groups, intentionally or not, the resulting scientific community is stymied. We often hear that science needs creative thinkers, innovators, risk-takers, and fresh ideas. But you can't create a community like this with a single (straight, white, cis, non-disabled, male) cookie cutter. Consciously or not, people who deviate from this arbitrary social "norm" are being excluded from fully participating in the astronomical community, and as a result, everybody loses.

One topic that particularly spoke to me was Master's-to-PhD Bridge programs. These research-based programs are breaking down barriers and revolutionizing graduate education. Bridge programs like Fisk-Vanderbilt's work hard to recruit and retain underrepresented minorities, reject arbitrary test score cutoffs for admission, and actively mentor students as they earn a Master's degree at one institution and a PhD at another. Systemic racism, sexism, and other "-isms" have been at work in these students' lives for decades, and as a result, many would not have been admitted into a more traditional graduate curriculum. Bridge programs find these success stories waiting to happen and give motivated students the opportunity they need to become PhD scientists.

Thanks to the outstanding organizing committees at Inclusive Astronomy, we spent three days exploring topics such as intersectionality, career paths, white supremacy and colonialism, microaggressions, accessibility and ableism, racism, policy recommendations, being an active ally, sexual harassment, committee and panel selections, and our vision for a more inclusive future.

In the coming weeks, conference organizers will release official Inclusive Astronomy recommendations for all members of the astronomical community. But our work is just getting started! I can't wait to see how much exciting science we can do with a more inclusive community of astronomers. With your support, we can make this a reality.

Lots of tweets from the conference can be found by searching the hashtag #IA2015. Here are some Storifies:

Series of three, by day: 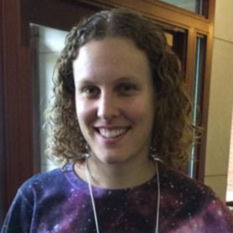 This goal, and such a conference, are very laudable, especially concerning a community of which my own impression is that the problem under discussion isn't as dominating as it is elsewhere (although I might be terribly wrong) - please don't read me wrong: I'm sure it exist. I'm merely congratulating the consciousness of the astronomy community, which regularly introduces astronomers of the discussed groups to me (I'd be hesitant of calling them 'minorities'; in case of women we're talking a good half of the population, after all), and I'd wish the same consciousness would be prominent where it concerns other fields and communities. The goals and programs mentioned here are very, very welcome.