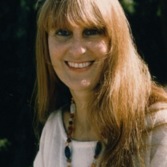 Lonny was an inspiration to the Volunteer Network’s Regional Coordinators, the volunteers, and the staff during her many years of service. She truly lived up to the Leader part of her title.

At Lonny’s retirement celebration she asked me if I would carry on the leadership of the volunteers. I was active in the Southern California Regional Group at the time but I wasn’t sure what this new role would involve or how I could follow in her footsteps. Lonny with her giving and energetic personality put me at ease and I accepted. Her generosity and guidance continued on well after she handed me the baton.

Lonny’s humanistic and humorous side came through when she once explained the slight difference in our titles. She said “My official title was Global Volunteer Leader, which I thought was both amusing and weird. I always joked that when the Martians came and said ‘take me to your leader’ they at last had someone to talk to.”

Titles may change but in my mind Lonny Baker is and always will be our first and only Global Volunteer Leader.

Died on April 29, 2015 in Tucson, AZ. Lonny had a sense of wonder, delight, and boundless curiosity in her personal and professional life. She was born July 31, 1942 in Snyder (Buffalo), New York to Richard and Marjorie Baker. She graduated with a B.S. in Mathematics from the University of Arizona in 1974. From 1970 to 1977, she work at the Lunar and Planetary Lab at U of A on the calibration and analysis for the imaging on the Pioneer 10 and 11 spacecraft, the first to encounter Jupiter and Saturn. From 1977 to 1987 she was Assistant Education Director at the Flandrau Planetarium, conducting school shows and initiating public outreach programs. In 1986, she was the astronomer for a Caribbean Halley’s Comet cruise. From 1987 she was Education Coordinator at the Morrison Planetarium, California Academy of Science in San Francisco. She gave planetarium talks to hundreds of thousands of students, and organized four total solar eclipse trips to Oaxaca, Mexico, Iguacu Falls, Brazil, the Caribbean, and the Black Sea. From 1994 to 1996, her final job before retiring was as meeting planner for the Astronomical Society of the Pacific. From 2003 to 2010, she was the Global Volunteer Leader for The Planetary Society. In 2005, she was honored by noted astronomers Davy Levy and Carolyn Shoemaker when Asteroid 30934 was named bakerhansen, co-named with her husband. Beginning with juvenile rheumatoid arthritis at age nine, she had to deal with multiple medical problems throughout her life, yet never lost her positive and cheerful disposition, beautiful warm smile, and sharp wit. She is survived by her beloved husband of 23 years Todd Hansen, sister Yonny Beers, four nieces and one nephew. In lieu of flowers, donations in her name could be made to Planned Parenthood of Tucson or Southern Poverty Law Center in Montgomery, AL. A memorial Celebration of Life will be held on Saturday, May 30 at 2-3 pm at the Westward Look, 245 E. Ina Rd, Tucson, with a reception 3-5 pm following. 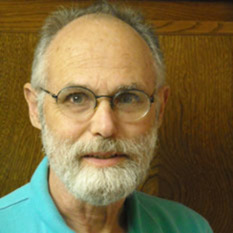