Most planetary scientists can name a key influence early in life – a person, an image, a book – that opened up their world and offered a glimpse into the vastness of the cosmos. Combined with a little imagination, such a glimpse can turn the stars and planets from vague abstractions into real places, each with its own personality. Given children’s natural imagination, exposure to scientific ideas early in life can spark curiosity and initiate a process that, for some of them, may lead to careers of scientific discovery. Although we often take for granted that all kids have the opportunity to experience such inspiration, many of the world’s children live in poverty, simply struggling to survive. For these kids, the cosmos often ends at the edges of their small neighborhood.

A new project aims to expand this cosmic horizon and offer a broader sense of opportunity for at least one group of underprivileged children. “Mars Academy” is an effort to bring NASA science and the joys of discovery to an impoverished neighborhood in Rio de Janiero, Brazil. Four young scientists (including myself) and a filmmaker will travel to Brazil this summer, to work with children in Rio’s City of God neighborhood, teaching lessons on the planets, space exploration, and the origins of life. Students will also go on field trips to nearby natural laboratories, where they will develop hypotheses, take data, and draw conclusions using the scientific method. They will make connections between their own explorations and those of NASA spacecraft visiting and investigating the planets of our Solar System, particularly Mars. All of this will be captured in a documentary, to share the process of discovery with the world.

Following this week-long course, the students will select a site on Mars to study in detail using NASA’s HiRISE instrument on the Mars Reconnaissance Orbiter. Working with the instrument operators and scientists, the children will acquire images of their region of interest, which they will then study over several months. As practiced during their explorations of the Brazilian rivers, rainforests, and ocean, students will develop hypotheses and use data to test them and draw conclusions. In this way, “Mars Academy” will plant the seeds of inspiration for these children to explore their world, incorporate evidence-based decision making into their daily lives, and maybe even consider a career in science.

“Mars Academy” has already made key contacts in Brazil, and lined up a classroom to participate: the Developing Minds Foundation’s City of God school. The Foundation has long been recognized for the effectiveness of its technology-based facility, which offers lessons to over 700 students per year. The project is partnering with the Federal University of Rio de Janeiro to provide service-learning opportunities; education and development consultants will help measure program effectiveness and ensure that the benefits last long after martian images are beamed back to Earth.

Funding for the project is being acquired through a fledgling Kickstarter campaign, with the goal of raising money to cover the costs of laboratory materials and school supplies, travel and lodging for the team, as well as filming equipment and production costs. To learn more about the project and to contribute, visit: 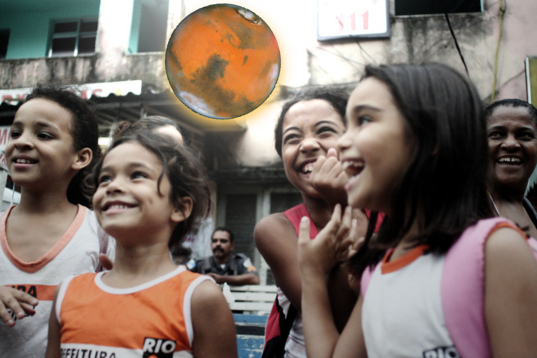 Children in the City of God 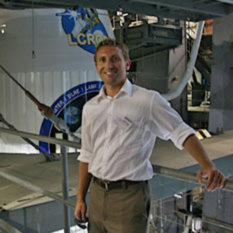