The Mapping of Pluto Begins Today

Pluto is just 3.5 pixels across in the latest images from the New Horizons spacecraft. That’s nine square pixels. You can’t do much with nine pixels. You might be able to see crude patterns of light and dark, but you probably wouldn’t call it a map. Still, it’s a start.

In a few months, this will all change. Craters, mountains and other landforms will take shape before our eyes. When New Horizons flies past Pluto in July, we will see a new, alien landscape in stark detail. At that point, we will have a lot to talk about. The only way we can talk about it is if those features, whatever they turn out to be, have names.

Today we are beginning a campaign called “Our Pluto”. The goal is to gather together the names that we will eventually use to label the maps of Pluto and its large moon, Charon. After discussions with the International Astronomical Union (IAU), we have defined a set of broad themes for these names, related to mythology, literature and history.

The New Horizons science team is doing something unprecedented. Naming campaigns have been held before, but on a different scale. Today, the entire landscapes of Pluto and Charon is open to the public. We have called the campaign “Our Pluto” because we think that everyone should have a say in the names we use on those strange and distant worlds. At ourpluto.seti.org, you can vote for your favorite names, talk about them, and nominate names that we might have overlooked.

After the campaign ends, the New Horizons science team will select your best ideas and pitch them to the IAU. The IAU will have final say over the names on the maps of Pluto and Charon. 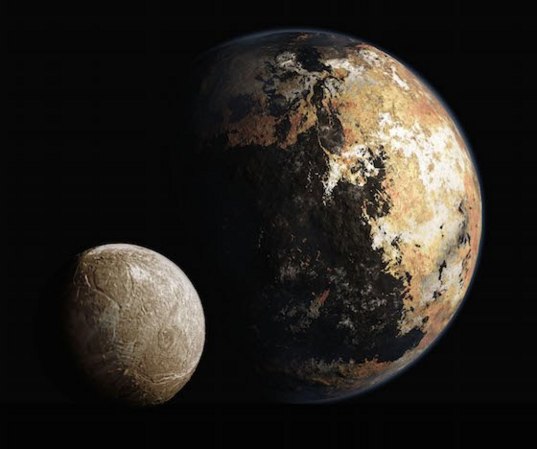 Artist's concept of Pluto and Charon 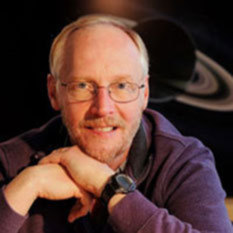 Gods and goddesses of the underworld: http://en.wikipedia.org/wiki/Category:Underworld_gods

Underworld is great and all, but let's not forget Pluto is also god of wealth. Auction off all the names to the richest persons and corporations you can find. Then, use the money to build more planetary probes. e.g.: Mons Anto, Rupes Murdoch

I doubt we'll have more imagination now than last time around. Copying the names of some old places and adding "new" to it. Like with York and Zeeland. The best one is "Found land". Maybe we should call the first crater on Pluto "The Found Crater"? Unless the plutocrats disagree, I propose Pickahole crater, Nameadent depression, Whatisthis blur and the Howisthispossible volcano.

The reason I use "In Decision" for my comments is from the indecision that has followed Pluto - Planet or not? I think the first characteristic discovered by the New Horizon fly by in July, 2015 that confirms it should be called "Decision Maker".

I am thinking about AVALON name for some crater or valley at the foot of the mountain that will have some misty or foggy look.

How about naming some features after the non-human explorers of space? Laika and Ham come to mind.