A First Time for Everything: Blitzing Congress for Space

There is a first time for everything. Riding a bike, stargazing, and yes, even lobbying Congress. For us, Jack and Mike, we had our first Legislative Blitz on Capitol Hill last week. While Jack has had experience working in politics, seeing as how he goes to school here, this was Mike's first time in DC since childhood. Although we each had an understanding of how Congress works, and the various functions that it serves, viewing the policy process through the eyes of an advocate was a brand new experience for both of us.

Our day consisted of meeting with multiple staffers and a member of Congress. We had the opportunity to talk with both sides of the aisle, Democrat, Republican and Independent, and get their perspectives about the issue of furthering space exploration. What was common amongst all of our meetings was the enthusiasm that was held by everyone in the room. It was one thing that all of the offices we met with agreed with; space exploration is a priority. Space exploration brings both parties and the various ideologies they include together. But that makes our job that much more important. 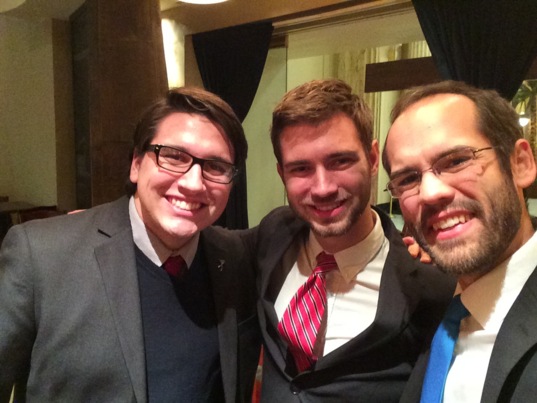 A Selfie from the 2015 Space Exploration Alliance Legislative blitz

Millions of Americans agree that funding for NASA is of national importance. One of the talking points we were given during our training, and that we used often in our meetings with the various offices on Capitol Hill, is that 70% of Americans think that NASA's budget should be significantly increased. According to the same study, 75% of participants said that humankind should land on Mars by the early 2030s. This will not happen if we don't take action. Thousands of space advocates, like us, go voiceless if people don't let our elected representatives know that we exist. Without advocates like the 50+ people who came to Washington DC last week to lobby Congress on behalf of the thousands who could not make it, NASA's budget, and the future of space exploration, might as well be on the chopping block.

Despite how dire this may sound, we have the support of many members of Congress. Conservative, Liberal, and everything in between...all of these ideologies were represented on both sides of the table at these meetings. Space exploration is not an issue that divides the country, but one that unites us. Under a banner of exploration and progress, the United States can come together and accomplish feats of astronomical scale. And with partners in the private sector and abroad, this feeling of unity can span the latitudes and longitudes of our little blue rock.

We thoroughly enjoyed ourselves, not just because we got to spend two days walking around Capitol Hill, but from the conversations we had and the people we met, it really felt like our contribution made a difference. Although we may not get all of what we advocated for, we made our presence known. From the mouths of many of the staffers we talked to, they conveyed how surprised they were that there were people so motivated to help progress space exploration that they would take days off of work and school in order to come meet with Congress.

This was an amazing learning experience for the both of us, as well as many other first time “blitzers.” We both strongly encourage anyone who was perhaps hesitant to participate to sign up for next year’s legislative blitz. Everyone is always nervous, and unsure what to expect their first time. The minutes leading up to the very first meeting can be quite nerve-wracking. As soon as you sit down and realize you are just having a conversation about a topic you love, you will wish that the blitz was longer than two days.

We are looking forward to returning next year, and can not wait to see the friends we have made. We are really excited to see new faces too. See you next February! 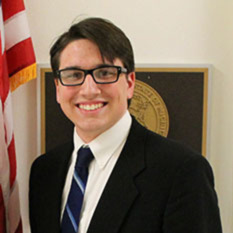 I am thinking about going next year. I have never done anything like this, so it will be a new experience. I have a few questions. How many meetings did you have each day? How long are the meetings typically? Do you go to each meeting with the same agenda and talking points, or are there specific points for each meeting? I feel like I have pretty good knowledge of the science and space operations in progress, but I don't really know anything about funding and budgeting and rice bowls in congress. Am I the type of person you are looking for? Finally, what was the age range for the volunteers this year? Would some of these meetings be appropriate for my 11 year old daughter (and future astronaut)?