Rising Stargirls: Girls of All Colors Learning, Exploring, and Discovering

This article originally appeared on the Women in Astronomy blog and is reposted here with permission.

My primary goal as a scientist is to find the next planet where life exists. I also have another goal, which sometimes feels even more important: To nurture young life on this planet, by encouraging young girls of color to look beyond social and media perceptions of what a scientist is, has been, or isn’t, and to see themselves as potential scientists – especially astronomers.

Given that kids from groups traditionally underrepresented in the sciences often stop pursuing their interest in STEM fields long before they enter college, due to a lack of self-confidence and few role models who look like them (Weir 2007), there is a critical need for an innovative approach to astronomy education that targets young girls from underrepresented groups at an early age.

I knew I wanted the E/PO component to my NSF Astronomy and Astrophysics Postdoctoral Fellowship proposal to involve some sort of interactive astronomy workshop for young middle-school girls of color. Middle school is often the age where girls start to place a significant amount of focus on their physical appearance, and shift the focus away from their mental aptitude and accomplishments (Gurian 2012). As a result, feelings of low self-esteem and a lack of self-confidence begin to take root (Rakow 2009; Gurian 2012).

Just teaching these girls astronomy, even with the traditional hands-on activities, wasn’t going to be enough. If I wanted these girls to feel welcome and confident in this field, to the point where they wouldeven consider pursuing astronomy formally in high-school or college, then I was going to have to get creative.

So I decided to develop a workshop for underrepresented girls in grades 6-8 that will teach key concepts in astronomy, highlighting what is beyond what we can see with our eyes, using nontraditional methods. The workshop is entitled “The Universe: More Than Meets the Eye”, and integrates creative strategies such as free writing and theater exercises into the informal hands-on framework. The result is a new, innovative astronomy curriculum that addresses each girl as a whole by providing an avenue for individual self-expression and personal exploration that is interwoven with scientific engagement and discovery.

In the workshop we cover: Misperceptions of the night sky and the planets in our Solar System; the unseen mysteries of the Milky Way Galaxy; and what scientists are learning about exoplanets without seeing them directly. It will be taught 1-2x per week for two hours each day for approximately 3-5 weeks, and culminate in a group performance of the astronomy theater and writing pieces created by the girls.

One of the activities involves passing around plushies of Solar System planets, along with actual mission images, and having the girls write down in their “playbooks” (individual workbooks the girls will get on the first day of the workshop) the first words that comes into their minds when they see the planets. “These words don’t have to make sense”, I will tell them. “In fact, it might be even cooler if they don’t. Don’t think. Just write.” When we look at images of the planet Earth, I’ll ask them “What’s different about the Earth compared to the picture we saw of Jupiter? What do you notice? You can’t get this wrong. This is about what you see for yourself.” Then we will discuss differences between our initial visual perceptions of the planets, and the actual characteristics of the planets themselves.

We’ll play “Name That Planet”, where at first the girls have to get their teammates to guess the name of a planet that I give them by drawing on an easel, à la “Win Lose or Draw”. Then Part 2: They can’t draw, but must only use adjectives to describe the planet verbally. Part 3: They can only use their bodies to form clues about the planet, but no sound or props of any kind.

We’ll discuss what makes a planet habitable, and how a planet like Venus might come to have a hotter surface than Mercury, the closest planet to the Sun. We’ll explore the concept of the habitable zone, by using the analogy of distance away from a campfire or heater, being sure to discuss ways that planets might still be uninhabitable even though they are located at just the right distance from their star (“Are there ways that you might feel too hot even though the temperature outside is mild? When has that happened? What did you have to do to change your own personal level of comfort?”). Such an activity would allow me to involve the girls in the research I’m doing on planetary habitability, thereby inviting them to learn about exoplanets along with me. We’ll write Haiku poems about planets or stars, and they’ll create 3-minute science communication pieces on an astronomy topic of their choosing, in the style of FameLab.

I will teach the workshop in Los Angeles this winter and spring, and in Cambridge during the summer as part of the Science Club for Girls program “Young Leaders in STEM”. With input from the CfA Science Education Department, I will implement various assessment strategies, and create a teaching guide that will be available online. This bi-coastal outreach approach will move me one step closer to my long-term goal of creating my own organization, Rising Stargirls, which involves girls of all colors in astronomy learning, exploration, and discovery.

My goal in creating this workshop is to help each girl to build a personal connection to the astronomical objects she learns about. So it’s not just “Here are the different constellations. They’re like states on a map.” It’s “What’s YOUR favorite constellation? Have you ever seen it outside at night? Write about a time that you were outside at night looking up at the stars. 5 minutes. Go.” It is “Stars are different ages, like people. They are born, and they die too. What is your first memory? Write about that. 5 minutes. Go.” Then they’ll read aloud in groups to each other. I’ve done this for years as a longtime writing student of Natalie Goldberg. She would give us topic after topic and say, “Write for ten minutes. Don’t stop. Don’t cross out. Just keep your hand moving.”

Maybe from one of these stories comes a poem about the first memory of a star in the mind’s eye of a young African-American girl. And that connection I want to help her discover between her right foot and the outer layers of an exploding star might lead her to feel ownership of that star up in the sky, because she wrote a poem about it once and it was hers.

How we feel and what we think is important. Feelings and thoughts can make us leave a place we don’t feel comfortable in, or not cross its threshold at all. They can also help us find our way back to a place, as it did for me when I came back to astronomy. I fell in love with it again. That’s the only way I can describe it. It was love—for the moon I looked up and saw at night, for the stars in the sky and what might be orbiting around them. And I am hoping that by encouraging these girls to bring who they are as people to what they study, perhaps a relationship with the universe might blossom for them too. 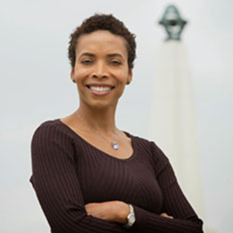 Your workshop sounds fabulous and your students will be lucky to have you guiding them. There is a *huge* need you're addressing with this; I wish you the best. :)