Comet Lovejoy (C/2014 Q2) has been a naked eye comet for dark sky observers for several weeks and has already yielded some stunning images. I’ve seen several points of confusion come up repeatedly in coverage of this comet so I thought I’d address them here.

1. Which Comet Lovejoy is this?

This might seem like a silly question, but it isn’t. Terry Lovejoy, the very talented amateur comet hunter who discovered Comet Lovejoy (C/2014 Q2) has actually discovered five “Comet Lovejoy”s: 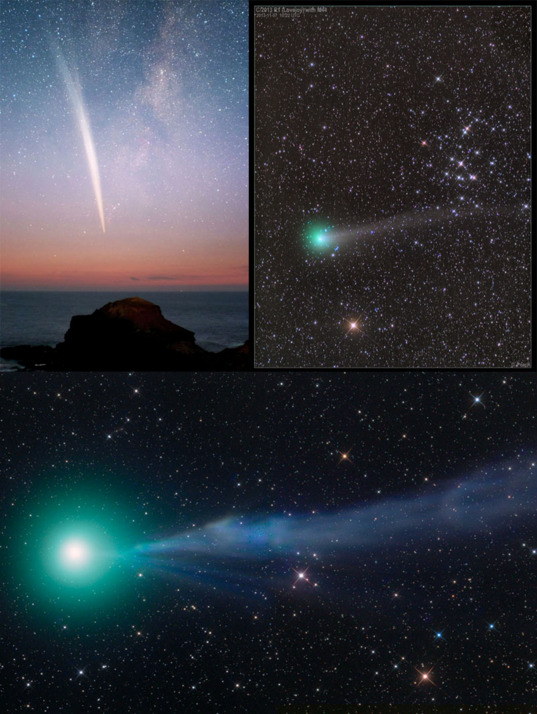 Unfortunately, astronomers’ naming convention for comets is confusing and so an internet search for “Comet Lovejoy” reveals a slew of images and articles relating to different Comet Lovejoys. It is completely understandable that non-experts wanting to learn about “Comet Lovejoy” might end up with the wrong information, and I’ve seen more than one article about C/2014 Q2 that was illustrated with images from C/2011 W3.

Whew, that was a lot of letters and numbers. On to other topics!

I addressed this question in detail for Comet ISON (C/2012 S1) a couple of years ago, and the reason is the same for Comet Lovejoy – emission from diatomic carbon (C2) in the comet’s coma. A very sensible follow up question is “Why is (this) Comet Lovejoy green, but many comets are not?” The predominance of the green color is because Comet Lovejoy has a relatively large amount of C2 gas compared to dust. This high “gas-to-dust” ratio means that there is more light reaching your eye (or the camera’s CCD) in the green portion of the spectrum. Most comets have lower gas-to-dust ratios than Lovejoy, so proportionally more of the light that we see is simply sunlight reflected off the comet’s dust. Since dust is relatively neutral in color, the light that reflects off of it basically looks like sunlight, which is white to your eye (technically, this “reflected solar continuum” is slightly reddened, but the level of reddening is imperceptible to your eye and can only be detected by analysis of images), so low gas-to-dust comets comets look white.

3. Why aren’t professional telescopes observing it?

You’ve undoubtedly seen many gorgeous images of Comet Lovejoy taken by amateur astronomers, but chances are you haven’t seen many images taken using professional telescopes. There are two main reasons for this.

Timing. Observations at most professional observatories are scheduled many months in advance. By the time Comet Lovejoy was discovered in August, most observatories had already set their schedules through early 2015. For example, the next “semester” for Keck Observatory begins February 1, and immediately features observations of Comet Lovejoy by two groups. Keck won’t be alone in observing Comet Lovejoy: observations are already underway at places with dedicated comet observing programs such as TRAPPIST and my institution, Lowell Observatory; a “Target of Opportunity” program to use the Hubble Space Telescope is hoping to observe Comet Lovejoy in early February; and a recently begun Spitzer program to study comet compositions is likely to observe Comet Lovejoy after it enters Spitzer’s observing window on February 14 (Spitzer is in orbit around the Sun away from the Earth so it has a different visibility window than do Earth-based telescopes). Given how bright Comet Lovejoy currently is, many other IR, radio, and optical telescopes are likely to observe it if they haven’t started already.

Aesthetics. Comet Lovejoy’s tail currently spans many degrees making the comet an ideal target for astrophotographers who are set up to make gorgeous images of large areas of sky. However, most professional observations produce spectra rather than images, and even when images are obtained, they typically have much smaller fields of view and are designed to study one particular aspect in great detail. This approach is crucial to understanding the link between today’s comets and the formation and evolution of our solar system, but generally can’t compete with the eye-candy being produced by the many talented astrophotographers out there. Thus, even if top professional observatories have already been collecting data on Comet Lovejoy, they likely won’t produce an “ooh aah” image or land on the Astronomy Picture of the Day Website.

No matter your involvement in nighttime observing, the 2014 version of Comet Lovejoy has probably been a good comet for you. It has been naked eye brightness for several weeks and should continue to be naked eye for a few more weeks. If you’re not in a dark site, it can easily be seen with binoculars or a small telescope soon after sunset, and is yielding some stunning wide field photographs. Finally, it is beginning to be observed by some of the most powerful telescopes in the world, and eventually should yield new insights into how our solar system came to be. 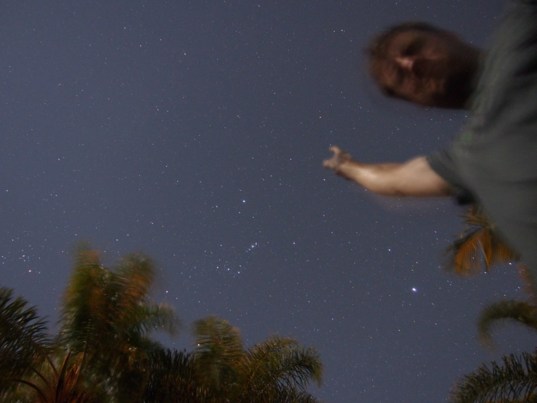 Not bad for a fuzzy green dot! 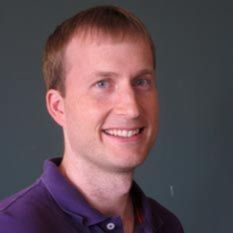