I could not believe my eyes when I saw Yutu's (possible) farewell words being echoed by a number of western media outlets (e.g. CNN, The Independent, and many others). Some simply repeated these words, stating that the source was a Xinhua (state media) report while others made some further comments about the "Yutu" persona being used for outreach (e.g. AP).

I was very surprised because I was sure that the original words were not from the state media, nor from CNSA (the China National Space Administration). They were from someone (or a set of people) who were not "inside the system" but wished to make a difference in promoting space exploration for the country. The same person(s) also set up the unofficial Yutu microblogger on Weibo  (the Twitter-like service in China), which has 270,000 followers. It is rare to see a voice like this get broadcasted by the state media and then cited by western media.

This is not the same story that media reports here in North America are telling. But I know it is true because I happened to interact with "Yutu" quite a bit. He (who presents himself as a "male rabbit") seems particularly interested in bringing science information to the public. I ended up answering a lot of science-related questions from him, and even wrote two blogs at his request, about  applications of space exploration and lunar geology. I thought my story about the promotion of science and space exploration that is happening on the other side of Earth might be of some interest here, and would like to share it.

I have been writing articles and blogs for promoting astronomy and space exploration in China for more than a decade, and am currently doing my astronomy PhD in Canada. From my point of view, it is interesting to compare China and the West, and such comparison occasionally leads me to new ideas and thoughts. For instance, I find that it is harder to promote science to the general public in China, as we traditionally don't quite appreciate things that are simply "interesting", but tend to view them as being "clever but useless". Unfortunately astronomy is a good example of this; I have more than one friend who wanted to major in astronomy or space science in college, but their parents said "no you won't," because "it is no use." In China, very few universities (only 5 or so) even offer astronomy courses, and most of these courses are targeted to non-science majors.

With this in mind, it may be somewhat understandable why the Chinese authorities are cautious when it comes to science promotion or public relations surrounding the Yutu event: it is risky to do and (in many people's opinion) useless. Of course, there are some outreach activities in China, but they are mostly intended for kids. For example, CNSA officials do visit primary and high schools on a regular basis to give talks. But people tend to think that the general public won't appreciate dedicated outreach to them, because there is no practical use for the information. You don't see an independent outreach section on the CNSA website, and it is very rare to see Chinese scientists doing outreach for general public, as this is not considered as their duty.

But I think this needs to be improved: the general public is also an essential part of the game. And it seems a lot of people agree. The boom of internet industry saw the growth of several Chinese websites that are involved in promoting science to the general public, such as the New Threads, Guokr, and Zhihu. I personally like to go to Guokr as it is like a collaborative blog, which allows you to both do a write-up and interact with others. Although readers are mostly interested in topics relevant to everyday life (what to eat, medical topics, etc.), the editors try hard to bring attention to the topics that receive less attention, such as space science. Of course, discussions are not confined to individual websites, and occasionally extend all the way to Weibo, where all these major websites also host microbloggers to promote the latest discussions or write-ups.

When there is a space-related event, we sometimes hold "live broadcasts" on Weibo, hoping to raise the public awareness of space exploration. For example, Guokr's tweet on Weibo that announced Curiosity's successful landing got 5,200 retweets. However, this time, we saw a mysterious microblogger named "Lunar_Rover_Yutu" that was speaking in a cutesy way and attracting a lot of attention. I first thought it was someone who just wanted to get some eyeballs; but then I saw "Yutu" was tweeting about "what's in my luggage" and explaining its payload (with 10,000 retweets!), I realized the person behind "Yutu" must be someone "on our side".

I am not a big fan of cutesy language; but I helped to point out some science errors in "Yutu"'s tweets, such as the exact miss distance of Chang'e 2 to Toutatis, and the color of Yutu's cover layer. I was surprised to receive a grateful response from "Yutu". He asked if I could continue to help reviewing his tweets. Until "Yutu" declared he was in trouble on Jan. 25, I occasionally received short messages asking me questions, about topics ranging from lunar geology to basics of VLBI (which was used to communicate with the rover), and one of them even required a trip to the library for me to answer!

The interaction solidifies my impression that the person(s) behind it is/are merely doing this for their own goal of promoting science, not just to generate traffic, and I must say the effort is impressive. The microblogger explained a lot of science facts in a folksy way, and many of these facts got thousands of retweets. Notably, the Yutu persona seems particularly fond of interacting with other internet users, making them part of the game. I saw "Yutu" occasionally speaking in a casual and humorous way and holding "ask Yutu anything" events. I'll just try to translate three of them here:

"...We must first enter the orbit around Ms. Moon so that her gravity can catch us. If we don't brake enough, we will lose out from her; if we brake too hard, we will run into her face... well, tricky tricky!" (answering why Chang'e 3 cannot directly land on the Moon)

"Be careful of the second animation... I don't feel dizzy when looking at it, but a lot of you might do..." (explaining the libration of the Moon)

"Bunny is not color-blind! My two panoramic cameras can see things in red, green, and blue." (on answering if its camera is monochromatic)

"Yutu" also talked about other missions beyond Chang'e 3. He mentioned Gaia's launch ("How can she look so beautiful! ...Can she chat with me?"), Lunar Reconnaissance Orbiter's image of the lander and rover ("Uncle LRO's here! Thanks for his hard work, even has to work during Christmas because of me..."), and even tweeted Arthur Clarke's "The Star" to pay respect to the giant on his birthday (Dec. 16).

Honestly, I am amazed that "Yutu" is so popular, given the large amount of science stuff it adds in. It is my impression that people start losing interest if you dive too deeply into science, even if you try to make the science interesting and emphasize its usefulness, but in the case of "Yutu", I see an encouraging exception. Although it probably won't magically change the traditional "clever but useless" view in just a few days, I believe something positive has been accomplished.

The "Ahhh... I am broken" tweet and the associated blog brought "Yutu" to the other side of the ocean. A few days later, I received another short message from "Yutu", asking me if I have any comments to him. Feeling that he may be saying a farewell to me, I replied, "You have done a great job, Yutu, it is phenomenal that you engaged so many people with science behind your cutesy face. I just have one thing: I still wish that there were more science!"

And I received the perhaps final message from "Yutu", in his usual cutesy language: "To that Mr. Ye on the planet Earth, Bunny thanks you for all your earnest suggestions and comments... and wish you a Very Happy Chinese New Year!"

The Sun is now rising again at Yutu's location, and the "Yutu" account remains silent. To me, even if he does no more, he has achieved a lot: he conducted a successful and very impressive outreach effort to the general public in China that was rarely tried before. This is important, given that the country is considering embarking on more ambitious projects in planetary exploration, including a set of Martian rovers, asteroid fly-bys, and Venusian and Jovian orbiters in the 2020-30s (more information on that here, in Chinese).

If we look back into history, we must appreciate the fact that the U.S. did not stop when it was considered to have won its victory in the space race, but continues to sail to the edge of solar system and to expand human knowledge, inspiring lots of souls in and beyond the States (me included). Every success of the U.S. (and other countries) in space, from Voyager, to Cassini, to Curiosity, is also a triumph for humankind. The universe is a big, big place and we are essentially a single race on a small, small planet. I hope China's future activities in space will help adding a boost to the space exploration and make more triumphs for all humankind, rather than for China alone. To achieve this, we need to make more people feel inspired about what humankind already achieved, and may achieve in the future.

And I will be very happy if what we have done with Yutu can help make that difference. 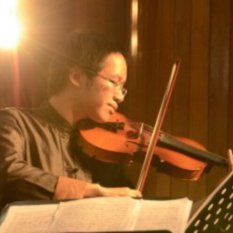