Editor's note: While we wait (impatiently) for Siding Spring images to come back from all the Mars orbiters, I hope you'll enjoy this personal account of how an amateur astronomer managed to observe it with the great Herschel space telescope last year. --ESL

I first found out about comet Siding Spring in February 2013, when a Mars impact still could not be ruled out and even a near miss might pose a threat to assets orbiting Mars. I then began to search online to see if any observations of this comet by the major space telescopes were being planned.

While doing this I noticed an ESA press release on March 5 announcing that the Herschel Space Observatory was expected to exhaust its supply of liquid helium coolant in a matter of weeks. Realizing that Herschel was not going to be operational during Siding Spring's closet approach on Oct 19, 2014, I thought that if we couldn't get Herschel observations of Siding Spring when it was close to Mars, we could at least try to observe it further away. Better use Herschel now than never!

So I contacted the Herschel Science Centre (HSC) suggesting an observation of Siding Spring before it was too late. They informed me that time was short in every sense as they were very close to the end trying to complete approved science programs. But there was one way it might be done. I could submit a Director's Discretionary Time (DDT) proposal through the official channels to the Project Scientist. DDT proposals can be approved when the circumstances justified it, so it was a long shot!

On March 6, 2013, I submitted the DDT proposal to observe Siding Spring with the PACS photometer camera. I received a reply from the project scientist Göran Pilbratt on March 10, who informed me that they had after consultation with the Herschel Observing Time Allocation Committee (HOTAC) decided to approve my DDT request.

This meant that the observations of Comet C/2013 A1 Siding Spring would be scheduled for late in the month, and thus there was no guarantee that Herschel would live long enough to actually execute them, but if it did, my observations would be performed.

At the time they estimated that Herschel would reach end of helium around March 20, 2013. My observation was scheduled for March 31, so it was going to be down to the wire!

After three nail-biting weeks, the observation day had finally come and Herschel was still operational! Just a few more hours of helium was all we needed. The day after, I received an email from HSC that began with the sentence "We had a PACS anomaly today (recovered quickly), but well after your observations were taken."

For a second my heart stopped until I realized the observation was successful.

In August 2014, the Herschel scientists had completed the data reduction and analysis of the thermal emission in all three PACS photometric bands (70, 100 and 160 µm).

These three images taken on March 31, 2013 show emission from the dust in the coma surrounding the nucleus of Comet C/2013 A1 – also known as Comet Siding Spring – as observed at three different far-infrared wavelengths in the 70 (left), 100 (middle) and 160 µm (right) bands with ESA's Herschel space observatory. This observation was initiated by Peter Mattisson, an amateur astronomer and the Vice Chairman at the Stockholm Amateur Astronomers (STAR) in Sweden.

These results were used by NASA and ESA to reassess possible impact risks for the Mars orbiters. The results are available in this paper that was posted on arXiv.org. Herschel caught the comet on March 31, 2013 at 6.48 AU from the Sun where it was already very active. Based on the PACS measurements, we found that the comet must have been active already much further out at around 8 AU.

The early activity and Herschel's sensitivity to thermal emission originating from larger dust particles made these results important for an improved risk reassessment where the larger particles pose the highest risks for spacecraft damage during the comet's close encounter with Mars. Thanks in part to the analysis in this paper, Mars Express decided to do a full science programme on the comet at closest approach.

I was told by the ESA scientists and authors of this paper that to their knowledge, "This was the only Herschel project which was initiated by an amateur astronomer". I was surprised and humbled by this fact, as I had always imagined that a small part of all proposals submitted for observation time on our space telescopes was initiated by amateurs. On a personal level, it feels very rewarding to have contributed in a small way to the professional astronomy community. But also a bit sad at the same time, considering all the potential observations and science we could have gained but never did because amateurs and the public never submitted proposals that they had in their minds.

If you have an observation idea that you think would be great for the big space telescopes, Don't hesitate. Submit it! You never know...it just might be approved! It might also turn out that this observation would never have been carried out if you hadn't submitted your proposal!

Amateurs CAN and DO make a difference!

My thanks goes out to the the friendly and helpful scientists and authors of this paper and all the great people at ESA and the Herschel teams that built the telescope and operated it. You guys ROCK! 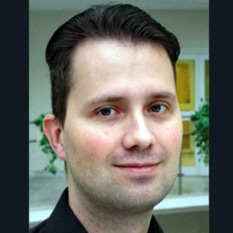 Wonderful to read this. Thank you, Peter! But, may I ask for the caption of the IR images to be clarified, please? It reads: "These three images taken on October 17, 2014 show emission from the dust in the coma surrounding the nucleus of Comet C/2013 A1 – also known as Comet Siding Spring – as observed at three different far-infrared wavelengths with ESA's Herschel space observatory. " The date is presumably a typo?

Following up my comment posted yesterday, this ESA news release is dated 17 October 2014 . As we know, the images were taken on 31 March 2013. http://sci.esa.int/herschel/54802-herschel-view-of-comet-siding-spring/

Thanks for the Red ,Green and Blue composite colors I was able to combine them and have a pretty neat picture.