This post originally appeared on Phil Swift's blog and is reposted here with permission.

Wednesday, 28 May 2014...what a day. Oh, it's only 9:17 am. As you may have noticed, the Twittersphere has been alive with speculation about a Gamma Ray Burst, or GRB, in the nearby galaxy M31. My phone has never been so noisy! The problem is, there was never a claim of such an event, and it turns out that the tentative result that triggered this story was overstated.

So, what happened, and why did everyone think it was a GRB?

It started with the Burst Alert Telescope, or BAT, on board Swift. This is designed to look for GRBs, but will ‘trigger’ on any burst of high-energy radiation that comes from an area of the sky not known to emit such rays. But working out if you've had such a burst is not straightforward, because of noise in the detector, background radiation etc. So Swift normally only triggers if it's really sure the burst of radiation is real; for the statisticians among you, we have a 6.5-σ threshold. Even then, we occasionally get false alarms. But we also have a program to try to spot faint GRBs in nearby galaxies. For this we accept lower significance triggers from BAT if they are near a known, nearby galaxy. But these lower significance triggers are much more likely to be spurious. Normally, we can tell that they are spurious because GRBs (almost always) have a glow of X-rays detectable for some time after the initial burst, an ‘afterglow’. The spurious triggers don't have this, of course.

In this case, it was a bit more complicated There was an X-ray source consistent with the BAT position. The image below shows the early X-ray data. The yellow circle shows the BAT error box - that is, the BAT told us it thought it had seen something in that circle. The orange box shows what the XRT could see at the time, and they grey dots are detected X-rays. The little red circle marks where the X-ray source is.

Firstly, that source is a known object. It's appeared in a bunch of previous observations, including those by Swift. In fact, in the catalogue that I published at the end of last year, you can see multiple detections of it (here are the catalogue results). And we knew this, indeed, the initial circular from the Swift team said as much. Secondly, that known source was probably something like an X-ray binary (a neutron-star in orbit with a normal, main-sequence star); such objects are not believed to be the progenitors of GRBs. And interestingly, the Swift team never claimed it was; indeed, I haven't seen any professional communication claiming that this was a GRB. Why it has been reported throughout the web as a GRB is something I can only speculate on, but Swift has been fabulously successful studying GRBs, indeed it wasranked #1 by NASA this month; I guess that enthusiastic followers of astronomy put two and two together and made five, unfortunately. I've even read people saying that there were loads of Gamma Rays from this object: there definitely weren't. In fact, the Swift-BAT team said that “this is a faint BAT transient”.

So what was it, and where did the excitement come from?

Just because the X-ray object was already known about, and was not something likely to go GRB doesn't mean it's boring. If the X-ray object was much brighter than normal, then it is almost certainly what triggered the BAT and is scientifically interesting. Any energetic outburst near to Earth is well worth studying. Normally when the Swift X-ray telescope observes a new source, we get various limited data products sent straight to Earth, and normally some software (written by me!) analyses those data. In this case, there was a problem analysing those data products, specifically the product from which we normally estimate the brightness. So the scientists who were online at the time were forced to use rougher data, and from those it looked like the X-ray object was much brighter than normal. And so, of course, that was announced.

But why was it announced if it was only preliminary?

Outbursts of objects are often short-lived. To get the full dataset from Swift to the ground takes time. Time which astronomers can't afford to lose. So you have a choice. Do we assume that these preliminary results are correct and chase the object, risking wasting telescope time? Or do we wait until we know for sure, and miss observing a one-in-a-century event? At Swift, we believe that astronomers should be able to make that decision, so we don't hide our results: they are published at once; and astronomers know that they are preliminary. A more detailed analysis is always released as soon as we have the full dataset; usually a few hours later.

In this particular case, we had to wait quite a while for that full dataset, probably (to be confirmed) related to a power outage at the Swift Data Center in the US, which struck with horrible timing. In the meantime though, once we at Leicester had realised what was going on, I was able to fix the failed analysis of our normal prompt data product, and determine more accurately the source brightness. At this point it was obvious that the X-ray object was not in outburst at all, but puttering along at the same brightness it had been seen at before. Which means, alas, that it was not an exciting transient at all. It was just an X-ray object which just happened to be inside the BAT error box. And the BAT trigger was, in all likelihood, just a noise event, as subthreshold triggers tend to be.

So, what, finally, happened?

The final chronology is this:

I imagine that, from the outside, this looks rather chaotic and disorganised. And the fact that this got publicity across the web and Twitter certainly adds to that! But in fact this highlights the challenges facing professional astronomers. Transient events are, by their nature, well, transient. Some are long lived, but others not. Indeed, this is why Swift exists, to enable us to respond very quickly to the detection of a GRB and gather X-ray, UV and optical data within minutes of the trigger. And Swift is programmed to send what it can of that data straight to the ground (limited bandwidth stops us from sending everything), and to alert the people on duty immediately. The whole reason for this is to allow us to quickly make some statements about the object in question so people can decide whether to observe it with other facilities. This ability has led to many fascinating discoveries, such as the fact that short GRBs are caused by two neutron stars merging, the detection of a supernova shock breaking out of a star and the most distant star even seen by humans, to name just 3. But it's tough. We have limited data, limited time and need to say something quick, while the object is still bright. People with access to large telescopes need to make a rapid decision, do they sink some of their limited observing time into this object? This is the challenge that we, as time-domain astronomers, face on a daily basis. Most of this is normally hidden from the world at large because of course we only publish and announce the final results from the cases where the correct decisions were made. In this case, thanks to the power of social media, one of those cases where what proved to be the wrong decision has been brought into the public eye. You've been given a brief insight into the decisions and challenges we have to face daily. So while it's a bit embarrassing to have to show you one of the times where we got it wrong, it's also good to show you the reality of science. For every exciting news-worthy discovery, there's a lot of hard slog, effort, false alarms, mistakes, excitement and disappointment. It's what we live off. It's science.

STOP PRESS I think I've worked out why the initial data products were not analysed automatically in real time, and fixed it. That's one problem less to worry about, but I'm sure some new, weird, issue will show up in the future!

Further information: From swift.ac.uk | From NASA 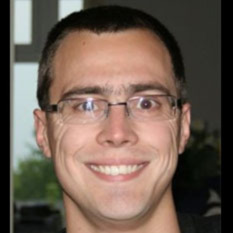