The value of a Guest Investigator program for Dawn

I have been extremely fortunate to have joined the Cassini mission as a Participating Scientist. I relished the opportunity to learn firsthand how a large mission functions and how different instrument teams and disciplines interact to coordinate the acquisition and analysis of science from the Saturn system. Cassini Participating Scientists have led many recent Cassini discoveries. For instance, Participating Scientist Matt Hedman led the discovery of the connection between Enceladus’ plume activity and its orbital position, and Jason Barnes reported the possible first detection of waves on one of Titan’s lakes.

Participating Scientist programs have been a win-win for both NASA missions and the scientists fortunate enough to have written successful proposals to these programs. The missions expand their pool of expertise from which they can draw to interpret data acquired by the spacecraft. The scientists, particularly younger ones, gain valuable experience as team members of a NASA mission. In many cases, NASA missions were first selected when potential Participating Scientists were still in high school, or even younger than that. Dawn was selected by NASA in 2001. There is a rich cadre of young scientists who specialize in asteroid studies and received their Ph.D.s since 2001.

A Dawn@Ceres Participating Scientist opportunity is particularly appropriate for the Dawn mission because Vesta and Ceres are quite distinct geologic worlds! Vesta has a basaltic surface which sustained a substantial impact, creating the large Rheasilvia crater at its south pole. Ceres, however, has a surface which shows similarities to those of icy satellites of the giant planets. Ceres is also considerably larger than Vesta and is classified as a dwarf planet by the IAU. So Dawn’s Ceres campaign is the first exploration of a dwarf planet, with New Horizons’ exploration of Pluto later in 2015 being the second. 2015 is certainly the Year of the Dwarf Planet!

Instead of a Participating Scientist program, NASA planned to create the “Dawn Focused Research and Analysis Program” (or DFRAP) to “perform preparatory research for and then during the Ceres campaign.” Details of the genesis of the DFRAP can be found here (PDF).

According to the description of the DFRAP program, the DFRAP Principal Investigator would not have access to proprietary data from the Ceres campaign, and would not join the Dawn Science Team as Dawn@Vesta Participating Scientists have. The Small Bodies Assessment Group has lobbied hard to ensure there will be a Dawn@Ceres Participating Scientist program, and Jim Green, head of NASA’s Planetary Science Division promised that he would review the DFRAP program.

On Friday, however, we heard that the proposed Dawn Focused Research and Analysis Program has been cancelled. The new plan is for it to be replaced with a Guest Investigator program focused narrowly on "jets and plumes" at Ceres. Hopefully, potential Dawn@Ceres Guest Investigators will be added to the Dawn team and be welcome to participate in team meetings, internal team discussions and telecons, and assist in the initial scientific analysis of data from Ceres.

Bureaucratic details aside, we need to remember why we're sending missions to places like Ceres in the first place -- to make scientific discoveries.  The issue is not whether great science will be done but whether the opportunity for a unique experience for young scientists will be missed.  Broad participation in a Guest Investigator program for Dawn helps train the next generation of planetary explorers by increasing the pool of scientists with actual mission experience that they can then bring to future missions. 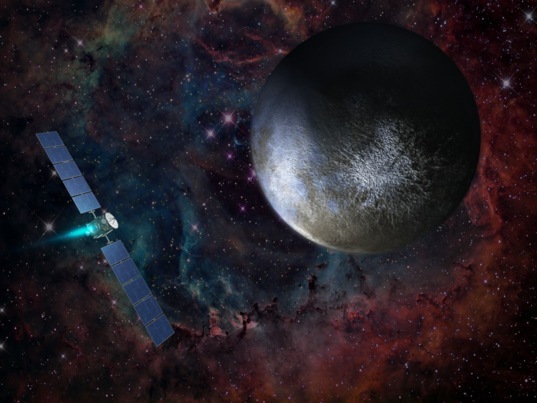 Artist's rendition of Dawn thrusting with its ion propulsion system as it approaches Ceres in 2015. 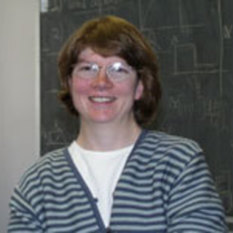 It is sad to see that dwindling planetary budgets are diminshing our ability to perform research on the data all of our wonderful solar system probes collect. We need to remember it is scientists analyzing the data that make great discoveries-- not the spacecraft themselves. I often see headlines proclaiming a new discovery worded like "Kepler Telescope discovers exoplanet similar to Earth". No, a scientist analyzing Kepler data discovered the exoplanet! The loss of DFRAP is just the latest in a long string of bad news regarding the funding of planetary science research. If the declines in funding continue, the bulk of people using PDS data in their research might be masters-level graduate students hungry to do research without funding. PLease support funding for planetary science research.