We finished up with examination of the big outcrop ("Copper Cliff") and moved to the next target over the weekend.

With that drive Opportunity completed the loop around Matijevic Hill and is now back where it started on the big loop to examine the outcrops. It is now resuming detailed observations of the outcrop Whitewater Lake. The objectives of the return to Whitewater Lake are small bright veins throughout the outcrop there. The hope is that we will be able to get an assessment of the composition of the veins. Once we are done here we plan to try to find a good outcrop where we can determine the composition of the the so-called “newberries” or “not-blueberries” that were identified back around sol 3060. We did see some dispersed newberries in the last outcrop where there was a distinct contact between Whitewater Lake and overlying impact breccias. The newberries could be related to the impact process and might be similar to the lapilli or volcanic “hailstones” common in certain volcanic eruptions.

Below is a part of the Navcam panorama at the end of the drive this week. The bright squarish outcrop is the target outcrop, Whitewater Lake. The rim of Endeavour Crater continues to the south. 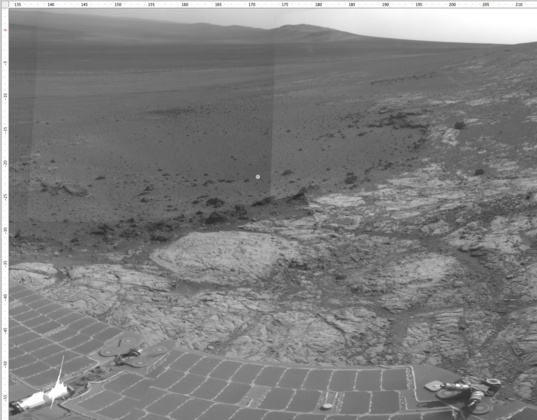 Here is a look at the status of the of the traverse around the hill as recorded in my geologic mapping based on rover observations: 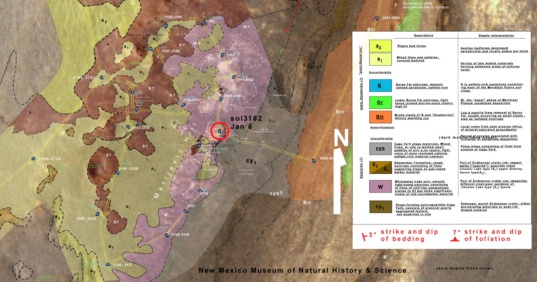 Status of Opportunity's traverse around Matijevic Hill as of sol 3182

Another New Mexico name gets used for a Mars outcrop target.

The drive to the current target went well, but Opportunity will need to do some “adjustment” bumps in order to put the target in the work volume of the instrument deployment device (IDD). Because the IDD has a bad shoulder joint, Opportunity can only operate the arm in a single plane, more or less. So the part of any outcrop target that we would like to examine has to be pretty much in that plane and reachable. So careful positioning is necessary with particularly small targets like the one we are attempting to analyze.

This target, which could be an important one here as we search for characteristics in these outcrops that are consistent with clay mineralogy.  Since we are trying to examine one of the many small veins that occur within the outcrops here, we will use a name from a gold mine or mining area here on Earth. I suggested that we use the Ortiz gold mining district for naming this target.

The Ortiz Mountains were the site of the first gold rush in the western U.S., pre-dating the California rush by seven years, at least. These mountains were the source of most of the gold that was used to pay the traders from the Santa Fe Trail, and in many ways were more significant to western history than the California gold rush and other probably more widely known areas of mineral exploration.

Here is the target as seen in stand-off images from this latest drive. We will drive (“bump”) again this sol in order to reach Ortiz. The next downlink on Friday will tell the tale. 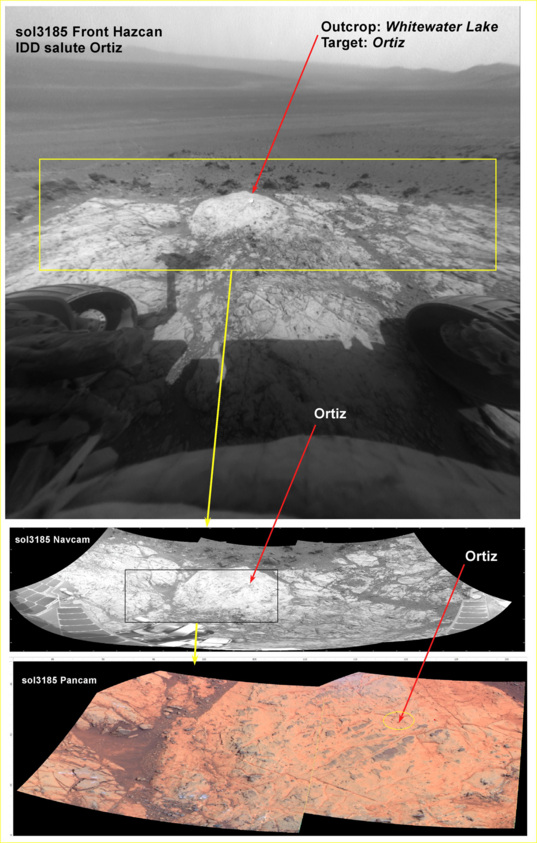 We completed the bump and may have the target in the work volume...we think. But we can't be sure until we do a big Microscopic Imager (MI) mosaic of this location. So we are doing that this weekend. It will be a nice mosaic and we will use it tactically on Monday to determine if we have a good location for RAT brushing and APXS.

Here is my latest map of the rover position with respect to overhead projections of the Navcams. 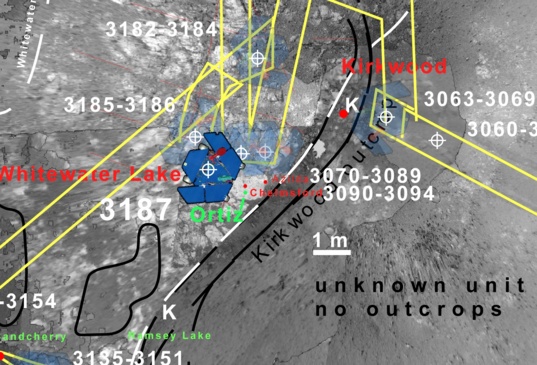 Opportunity's position as of sol 3188

The image below shows Pancam looking down on the target "Ortiz" that we are analyzing on this outcrop. Note all the small veins. 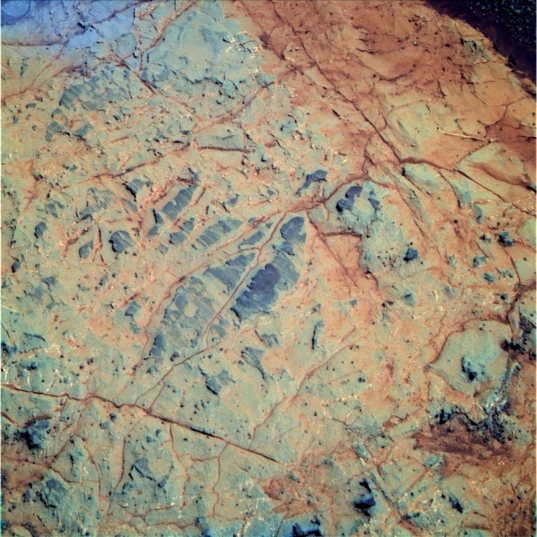 Below is a view of the Ortiz Mountains, New Mexico, located between Albuquerque and Santa Fe, which is the source of our naming theme here on this outcrop. The Ortiz Mountains are a mid-Cenozoic monzonite intrusion complex that was heavily mineralized. The Ortiz Mountains were the site of some of the earliest gold mining operations in the U.S., including the first large gold rush in the western U.S.