This is a parting shot of Jupiter and Io, taken December 5, 1973, by the Pioneer 10 spacecraft, the first to see either world as a crescent.  This image was generated with red and blue channel data from the spacecraft's imaging photopolarimeter (image set B26, for anyone wondering), which scanned the planet as the spacecraft rotated.  The maximum scan length was only 466 pixels, leading to postage-stamp sized images that are often blown up to ridiculous sizes.  This image is shown at a significantly larger scale than its original size for clarity, and extra black sky has been added for effect.  The data for this image was of rather poor quality, especially on the red channel.   Still, it is a nice reminder of one of the most overlooked "firsts" in solar system exploration. 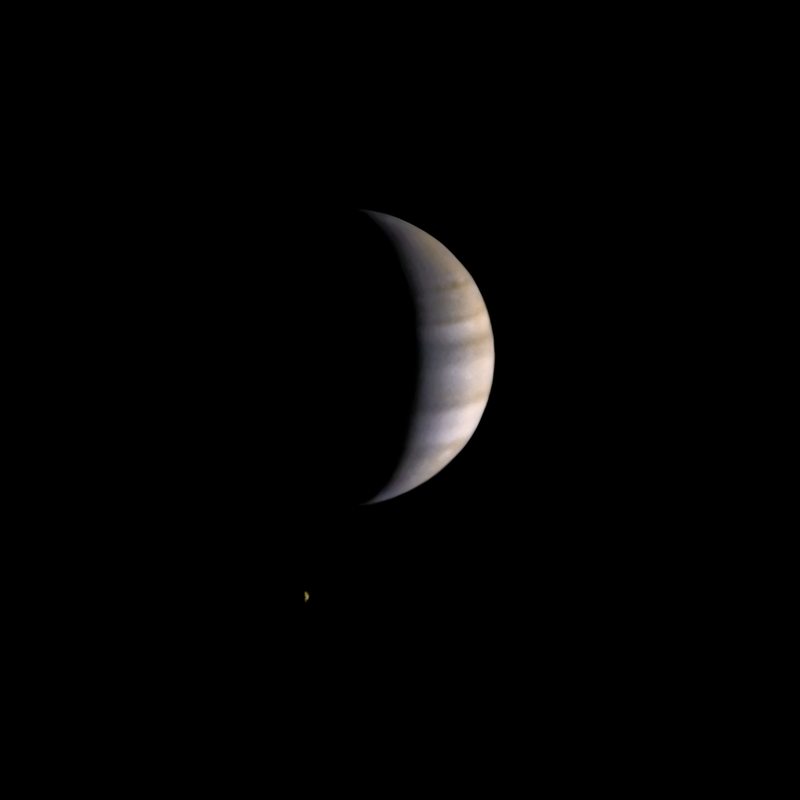 A special thanks to the Ames Research Center history office for helping me find the data used in making this.

Thanks for the reminder! WOW it's been a long time! That was the best we had back then and it was used for a lot of wonderful firsts!

Beautiful. Thanks for this. Im taking an intro Astronomy class and this has helped me so much. Thank you.