"Science may sublimate rivalry – offering an alternative to military conflict – but it does not eliminate rivalry. It is difficult to imagine a non-competitive science." Stephen J. Pyne, The Third Great Age of Discovery, 1988.

Indeed, it is difficult to imagine science without rivalry – especially planetary science, given the history of space exploration. The early days and efforts of our space program were marked by urgent, tense overtones as we quite literally raced to beat the Soviets. It was imperative that we were the first to space, but not because we were simply dying to learn some new science – our motives were about politics, power, preeminence.

Something in the current House version of the NASA Authorization Bill made me recall these nationalistic motivations. Under the section on the International Space Station, “reliance on foreign carriers” is deemed “unacceptable,” making it absolutely imperative that we launch “United States astronauts on United States rockets from United States soil.” Now, I understand the sentiment behind this – no one wants to have the rug pulled out from under them when it comes to access to space. 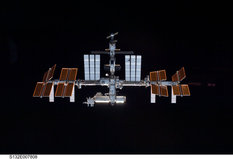 The International Space Station (May 2010)

The International Space Station photographed by a crew member on Space Shuttle Atlantis (STS-132) as the shuttle approached for docking on May 16, 2010.

However, I feel the sense of jingoism in the “All-American-space-exploration” mindset is a bit dated. During the Space Race, there were great things that the Soviets accomplished, and great things that the Americans accomplished. It’s idealistic, but just think of the leaps and bounds we could have made in discovery if we had collectively and internationally brought together our ideas, finances, and talents. Granted, the Cold War was a war mindset, so naturally the furthest thought in America’s mind was to sidle up to the Soviets, shake hands, and share secrets. But I hope that we have made progress from that era, and that our motivations for discovery might be different now.

Science knows no political bounds. Space exploration grants us—humans—a perspective that is impossible to gain while landlocked, and offers us an opportunity to set aside political differences in pursuit of a common goal. The view of our pale blue dot from space shows none of our carefully drawn boundaries or national pride. When Neil Armstrong stepped out onto the Moon, he declared it a giant step for mankind, not a giant step for any particular country. Thus, while we may accomplish our goals under the star-spangled banner, launching “United States astronauts on United States rockets from United States soil,” perhaps we should consider accomplishing them under the banner of the human race. As an aspiring planetary scientist, I sincerely hope the myriad of scientific possibilities that are born from international collaboration soon become realities. 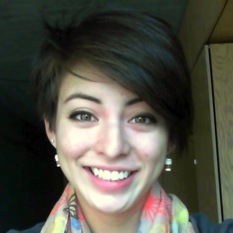 I accept your point, completely, in principle. However, in practice - of late the US National Space Programme has been taking a pounding (unfairly in my opinion) from the public and space enthusiasts; while commercial space activity is naively touted as the savior of space exploration ( I don’t see any ethical or environmental impact statements from SpaceX!). And – other national space policies are questionable (consider how militaristic / secretive China's space agenda is). To boot, traditionally the US National Space programme has been the best there is (however flawed) - civilian, national in the best sense and rooted in science and exploration in the best US ‘ can do’ spirit and ethos for the benefit of all. And US has been generous with the fruits of their space activity. So the US National program has a lot going for it, considering the alternatives. I suggest the US National Space programme needs a little TLC – and surely to root out overtones of negative nationalism. The ideals you highlight must indeed be pursued relentlessly, and will be in the long run, but I suggest that the US National Space policy is among the very best starting points.

It looks to me like SpaceX is the front runner for a US launch system for astronauts. The Falcon 9 has been pretty reliable of late. As a taxpayer, the idea that SpaceX is also relatively inexpensive is a bonus. Either more flights or less money, or both. I can hardly wait for a working Falcon 9r - reusable rocket to LEO.

Nice article. I also agree with K. Nolan's comment that it is a bit naive to think that commercial space activity will be the 'savior' of space exploration; it should be a component no doubt, but it'll not be a savior. Also, Falcon 9 has not been that reliable: their launches have not been glitch-free, and that includes the loss of some small satellites.

Bottom line - human space exploration is expensive and the more humans that participate (can you say China and India?) the more resources we have for the program.

I agree with Lori D. that space exploration should primarily be joint ventures. I am not opposed to some sole country missions if no one else wants to come along on that grand adventure.