Asteroids – what you can do

Asteroids are a hot topic nowadays. They have been getting a lot of news coverage lately thanks to events such as Chelyabinsk in February—the biggest meteorite event of the last 100 years. You might also have noticed the extensive coverage recently of the Planetary Defense Conference, which was held in April and featured in 3 Planetary Radio episodes. In case you haven’t done so yet, it is worth taking a look at the videos from the related public event, which featured Meteorite Man Geoff Notkin and Bill Nye as well as an expert panel.

Partnering with our friends from The Planetary Society (who are not the only ones being busy defending our planet against space rocks), the Space Generation Advisory Council (SGAC), whose members hail from all over the globe, is bringing you an update on our activities and something you can join in on—at least if you are a student or young professional aged 18–35. If you are not, please read on, as you might know someone in that age range who might be interested in what we do.

One of the Project Groups at SGAC deals with Near Earth Objects, aptly called the NEO Project Group. We are dedicated to helping the worldwide planetary defense community to meet one of nature's greatest challenges. The group provides perspectives of young adults on planetary defense through various activities and public outreach projects related to Near Earth Objects.

Now in its 6th year, we hold a technical paper competition called Move An Asteroid—not to be confused with NASA’s recent announcement of their plans to capture a small asteroid and tow it into lunar orbit. In fact, the Move An Asteroid Competition, or MAA in short (#MAA13 for all tweeters out there), in its beginnings focused solely on planetary defense, starting with novel deflection techniques and then over the years expanded to also include global warning systems. This year we broadened the scope further in order to also include the increasingly popular exploration and commercial utilization topics. The winner of the competition, sponsored by OHB this year, traditionally gets to present his or her winning paper at both the Space Generation Congress (SGC) and the International Astronautical Congress (IAC), which are being held in September in Beijing, China this year. Papers are due by June 30. 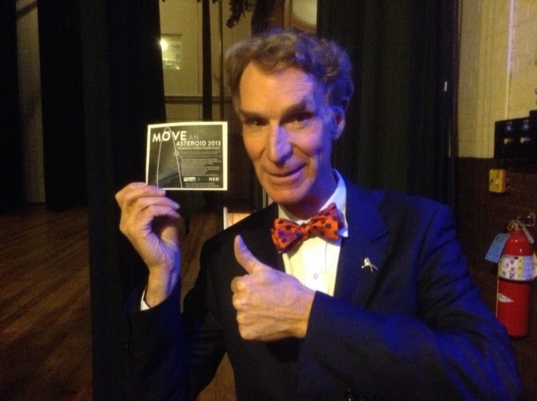 For the less technically inclined, SGAC’s NEO Project Group also brings you its 2nd annual Find An Asteroid Search Campaign. This is a fully online asteroid search campaign (in collaboration with the IASC (“Isaac”) and with support from the Minor Planet Center) that lets you form or join a team of up to 5 individuals and work together over a 5-week period using special software to spot moving objects in telescope images taken the night before. Here comes the best part: you can actually discover an asteroid! In last year’s campaign we had 3 teams who are now proud discoverers of asteroids. Following the process of further observations to refine its orbit, the team will have the privilege in a few years’ time to suggest a name for their discovered object. Now, how cool is that? With some luck, you can do the same. Applications are open until June 1.

Full details on both activities, as well as links to SGAC’s other activities, can be found on the SGAC’s NEO Project Group website: www.spacegeneration.org/asteroid 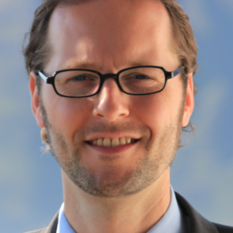 I'd like to know why the ages 18 - 35 and student/young professional??

Hi Judy, the Space Generation Advisory Council (SGAC) is an organization targeting students and young professionals. For the Move An Asteroid Competition the minimum age is 18 (legal age as the prize involves traveling) and the maximum age is 35 (as the close-out age for YPs of the conference the winner will present at). Note that there is no age limit for the Find An Asteroid Search Campaign.