Speak out for Planetary Exploration

On June 9, UCLA faculty and students will join institutions across the country in voicing their support for continued funding of NASA's planetary science program with the National Planetary Exploration Car Wash & Bake Sale.

The President's FY13 budget request calls for a 21% decrease in NASA’s planetary science program, by far the largest cut to any federally funded science program. Why is this of concern? Well, from the standpoint of UCLA, NASA's planetary science program provides significant research funding, as well as countless opportunities for graduate and undergraduate students to become involved in collaborative projects with NASA centers across the US.

From the standpoint of the country as a whole, our planetary exploration program has consistently been the most exciting and productive in the world. Just in the last few years, we've produced the first complete, detailed maps of the surfaces of the Moon and Mercury; we’ve obtained beautiful images of the rings and moons of Saturn; we've orbited the asteroid Vesta, and we've just launched the most ambitious Mars rover mission ever. Through this exploration, we are obtaining invaluable insights into how planets form and evolve, as well as the prospects for life in our solar system and elsewhere in the universe.

The government’s official explanation for reducing funding states that many of NASA's planetary missions are entering a phase where operations will become less expensive, so less funding will be needed. However, because of the long lead-time necessary to plan and build new missions, the cuts would have a devastating impact on what we’re able to accomplish in this field during the next decade. For example, it would be impossible to undertake a new flagship mission - the largest and most exciting missions like Viking, Cassini, or Mars Sample Return. Our ability to undertake smaller missions would also be severely affected.

Fortunately, we live in a country where public opinion can have a huge effect on elected officials. On June 9, we intend to make our voice heard by staging a publicity event in Pasadena in collaboration with faculty and students at Caltech: the National Planetary Exploration Car Wash & Bake Sale. The event will coincide with JPL's annual open house, which is expected to draw tens of thousands of people to Pasadena hoping to learn more about NASA's planetary exploration activities. We'll have petition signing, a cupcake giveaway, local performers, games and a raffle drawing, but mainly, we'll be doing our best to raise public and media awareness of this important issue.

Our solar system is both our home and our most valuable resource. The scientific and technical knowledge we obtain by exploring it is of immense value, and everyone can readily appreciate the excitement, beauty and inspiration that this provides. Let's not turn our backs on this historic era of planetary exploration. Instead, let’s continue to have a vibrant, world-leading program both now and in the future.

If you aren’t able to make it, be sure to make your voice heard by contacting your local representatives. 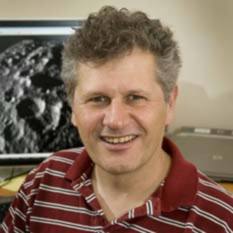