Venus, and the Moon, and Atlantis, and ISS, and Magellan

Pam Chadbourne, one of the many engineers who made the Magellan Radar Mapper mission possible, sent this note out to Magellan team members this morning, and graciously permitted me to post it here. (Specifically, Pam was Flight Software and Sequence Test Engineer for Magellan at Martin Marietta, and later Command Sequence Integration Engineer at JPL.) Thank you, Pam! -- ESL

Greetings, and a note, to the Magellan team, to mark imminent events related to Magellan, Atlantis, and Venus...

Twenty-one years and ten days ago, on May 4, 1989, the space shuttle Atlantis successfully delivered the Magellan spacecraft to Earth orbit, as part of STS-30. From that essential and powerful first step, Magellan went on to Venus and, piercing the opaque and acidic clouds with high-resolution radar, mapped the planet's surface at high resolution and gathered almost global altimetry and gravity data. (Magellan, aging and designed for the vacuum of space, ended its mission by descending at speed into Venus's atmosphere in October 1994.) 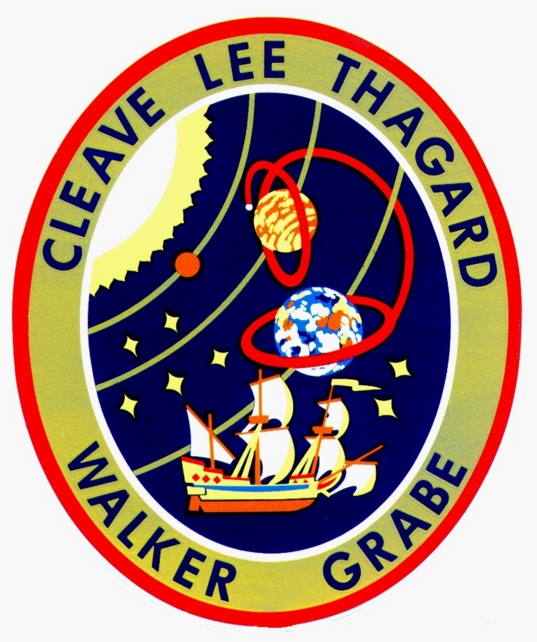 Now, the space shuttle Atlantis is scheduled to launch on its last NASA mission, STS-132, on Friday May, 14 at 2:20pm EDT (18:20 GMT). According to the NASA website, the countdown has been smooth, and the launch weather forecast is 70% favorable.

If Atlantis launches on that schedule, we on Earth may have a rare (and final) opportunity to view Atlantis, the International Space Station, Venus, and the Moon in the sky after sunset this weekend. Check this website, and at the bottom of this post are the possible sightings for Littleton, Colorado, where Magellan was designed and integrated.

Magellan was one of only three deep space craft to launch on space shuttles, and Atlantis carried two of them. Galileo was launched on its way to Jupiter by Atlantis on October 18, 1989; and Ulysses began its journey to solar orbit on Discovery on October 6, 1990. 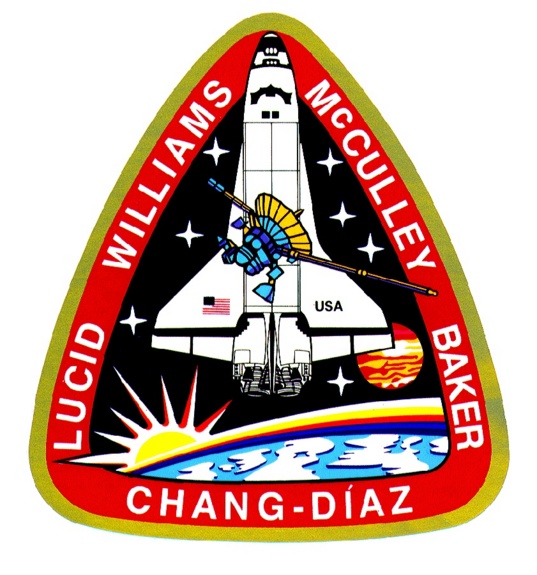 This is the end of an era. Here's a link to NASA's fact sheet (PDF format) about the final flights of Atlantis, Discovery and Endeavor.

There is a short video of The Legacy of Atlantis here.

As one appreciative ex-Magellanite and ex-Galilean, I thank Atlantis for the rides! And as a U.S. taxpayer, I salute the space shuttle program and wish the best for the last flights of the three US space shuttles.

As for Venus, ESA's Venus Express is orbiting Venus now. In the April 8 edition of Science, Sue Smrekar et alia use Venus Express thermal emissivity data to estimate weathering in several volcanic regions. The interpretation requires Magellan's topographic/altitude data. The authors conclude that at least one region's surface material is only hundreds or tens of thousands of (Earth) years old, which would mean Venus is considered geologically active now, a significant finding.

And Japan is planning to launch a Venus atmospheric science orbiter, Akatsuki, on Monday, May 17 at 5:44pm EDT (21:44 GMT) from the Tanegashima Space Center. {Stay tuned to this blog for more on that launch.}

Here are possible ISS and Atlantis sightings this weekend, from Littleton, Colorado, Magellan's birthplace. (There's decent viewing from KSC to Pasadena; for these and other locations, see NASA's website or heavens-above.com.) 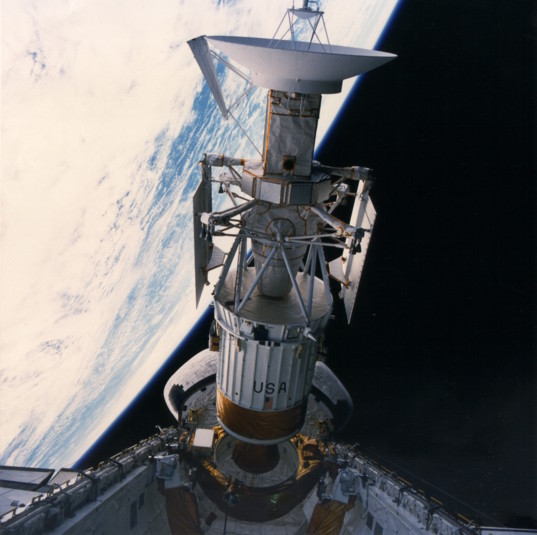 On May 4, 1989, the space shuttle Atlantis deployed Magellan into Earth orbit.