Space Shuttle Endeavour roared into the blackness of the predawn sky and ignited a sparkling transformation from night into day in a matter of just seconds after blasting off at 4:14 AM on February 8 from Launch Pad 39 A at the Kennedy Space Center. This was the second launch attempt following Sunday's scrub due to formations of low lying clouds. 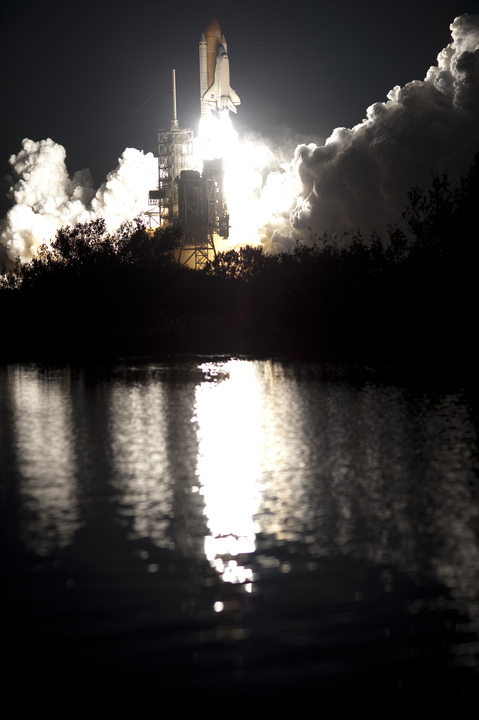 Space shuttle Endeavour lights up the night sky as it lifts off Launch Pad 39A at NASA's Kennedy Space Center in Florida. Launch of the STS-130 mission to the International Space Station was at 4:14 a.m. EST.

The STS-130 launch was the last scheduled night time launch of a shuttle before the program is retired late this year or early 2011. The belching flames from Endeavour's rear rocket engines looked like they set the night on fire and lit up the sky for many miles around Florida's Space Coast. I was thrilled to watch this awe inspiring spectacle from a mere three miles away at the Kennedy Space Center (KSC) Press Center as the shuttle shot away and gradually disappeared like a moving star.

Tranquility will house "many of the stations critical life support systems", according to Mike Suffredini, who is the lead manager of the ISS for NASA. Tranquility is outfitted with equipment for revitalizing the station atmosphere and removing contaminants, generating oxygen and providing breathable air, carbon dioxide removal, recycling waste water into potable drinking water, the crew toilet, and the Colbert Treadmill for crew exercise. Suffredini told me in an interview that, "The check out and activation period for Tranquility will occur during the shuttle mission. The racks are already aboard the ISS and just need to be moved and installed. Many of them are aboard the Destiny module. Their relocation will free up research space". 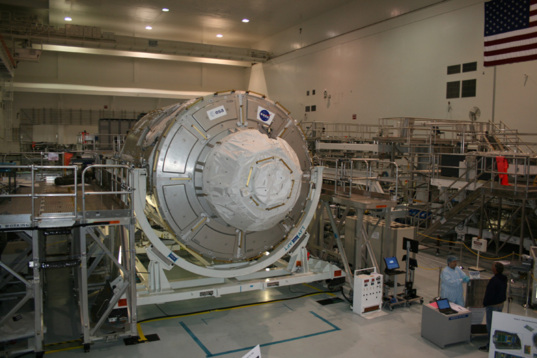 My view of the Tranquility and Cupola modules inside the Space Station Processing Facility at Kennedy Space Center on January 8, 2010. Tranquility will be attached to ISS by STS-130 astronaut crew. Cupola will be relocated to a side facing port using the robotic arm.

The unique seven windowed Cupola will afford astronauts a stunning 360-degree panoramic view spanning the Earth, the station and celestial bodies says KSC Director Bob Cabana who commanded the first ISS assembly mission in 1998. Cupola will be used for Earth observation and space science and as a panoramic control tower to guide operations outside the station. The 80 cm diameter circular top window is the largest window flown in space.

Only four flights remain before the shuttle program ends. Try and take the opportunity to attend one of the final launches, because the world will not see such a powerful space vehicle for many years or even decades to come.