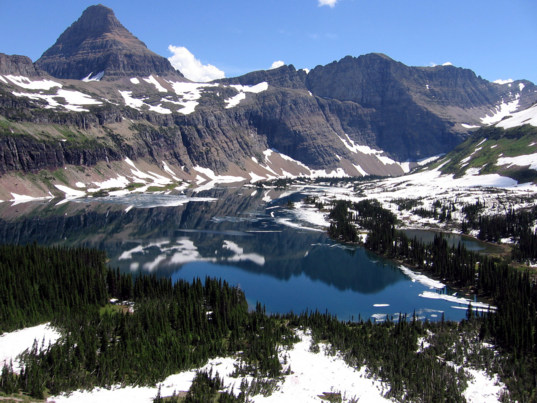 Well folks, I'm headed off to Big Sky Country tomorrow (aka Montana)! I'll start the week at the MSL camera team meeting, where I will get all sorts of cool news about the MastCam, MAHLI and MARDI cameras which I will not be able to share with you.* After that, the lot of us will pack up and head to Glacier National Park to learn about the geology of the Belt-Purcell supergroup, and more generally, how to apply terrestrial geology to martian geology. I always enjoy field trips like this because I get to hike around on the rocks with a bunch of experts as well as many with less field experience, so there are lots of educational discussions. Also, did I mention the part where I get to drive and hike around in spectacular scenery? Yeah. Times like this I'm reminded that my job Does Not Suck.

I'll try to write a post or two about the trip once I actually understand the geology we're going to see a little more. Hopefully the weather will cooperate and I'll have some pretty pictures to share too!

*One of the difficulties with actually being involved in missions is that I can't just write about all the cool stuff I hear about. I got scolded when this blog was just starting out for posting information before JPL or NASA had approved of it, so I tend to err on the side of caution now. It's frustrating, but there's nothing I can really do.