Meteor Crater is the best preserved (and the first recognized) impact crater on Earth.

Today was a long and awesome day. We started out at Meteor Crater, the youngest and best preserved impact crater on Earth! Our guide today was Shawn Wright, a colleague from the Hawaii field workshop, among other places. He showed us infrared images of the crater taken from an airplane and we walked around the rim trying to identify the main compositions detected. Meteor Crater is especially nice for this because it excavated into three distinct layers: the red Moenkopi siltstone (the surface of the surrounding plains), the yellowish Kaibab limestone (normally beneath the Moenkopi), and the white Coconino sandstone (below the Kaibab).

Back in the early 1900s, people were trying to dig and find the iron meteorite that they thought was buried under the crater (it turns out the meteorite was blasted into thousands of pieces upon impact). Luckily, the mining work carved a notch in the rim that lets you see the three units of the crater where they have been overturned by the impact. When a large impact occurs, it lifts up the ground and forms an “overturned flap” at the rim. You can see in the picture that the Moenkopi goes from relatively solid-looking to very fractured-looking, and is then overlain by blocks of Kaibab and Coconino. 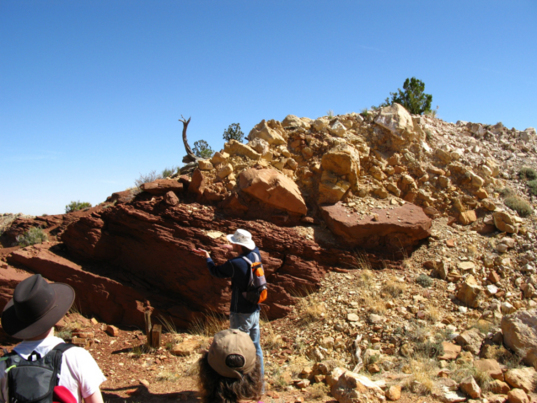 At the rim of the crater, the impact has reversed the sequence of layers. The red Moenkopi would normally be on top but here it is overlain by blocks of Kaibab limestone and Coconino sandstone that have been excavated by the impact.

Another very interesting part of the crater is that the impact pulverized the Coconino sandstone, crushing the sand grains into powder. This powder was actually mined for a while because it is a very high grade silica “rock flour” used in things like makeup. Amazingly enough, even though it has been subjected to one of the most violent forces imaginable, the crushed sandstone still maintains its original structure, and you can even see crossbeds preserved! 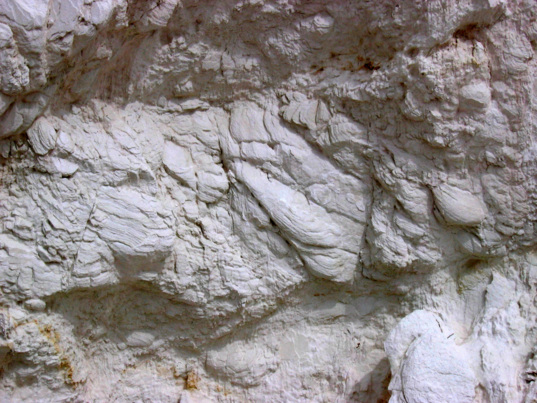 The shocked sandstone still preserved very fine cross-bedded layers, but can be crumbled into a power with your hand.

After Meteor Crater, we made a short stop at Walnut Canyon, where the Coconino sandstone is not shocked and the crossbeds are displayed prominently. Remember, cross-bedded layers typically form when sand dunes are lithified in place and turned into sand stone, preserving the layers within the dune. For more info about crossbeds, check the USGS site about them. 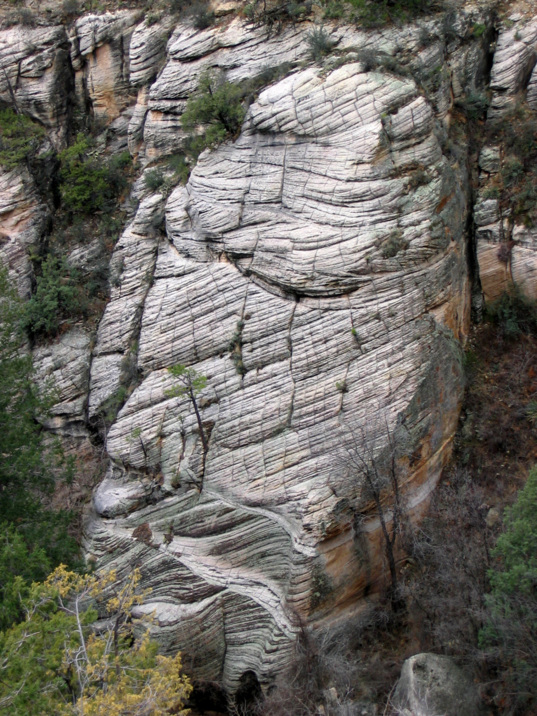 Crossbeds at Walnut Canyon are essentially fossilized sand dunes from when Arizona was a coastal desert. The direction that the layers are tilted tells us that the prevailing winds blew from north to south, although the various sets of layers in this image actually reflect several wind directions.

Finally, after Walnut canyon we drove up to Red mountain, which is a cinder cone volcano that has been carved open by erosion. Not only does it give a great view of the interior structure of the cone, it also erodes into a very bizarre landscape that looks like it belongs in a Dr. Seuss book. 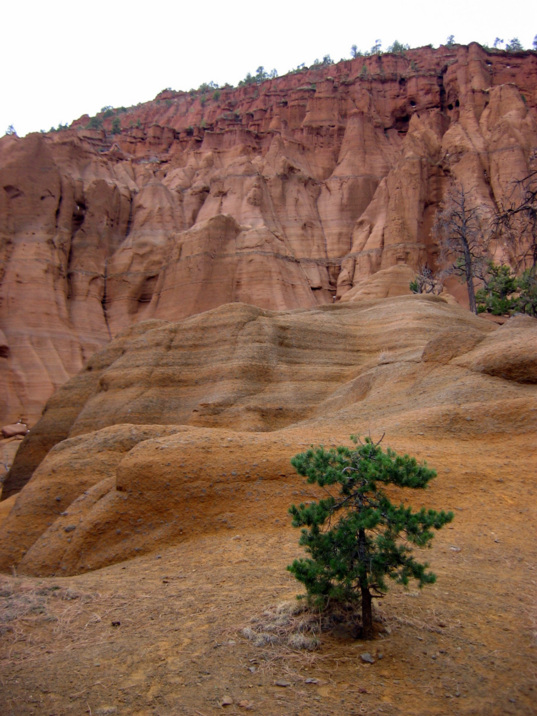 The layers are from different stages of the eruption that deposited cinders with slightly different composition or weathering properties. The bizarre shapes are due entirely to erosion, mostly by water.

That’s all for today. Tomorrow we are off to Grand Falls and the nearby dune field!