LRO and LCROSS are NASA's piggybacked lunar science probes set to blast-off on June 17 and represent NASA's first missions to Earth's moon in 13 years. The high priority LRO is the most sophisticated and complex lunar satellite since the Apollo era landings. These companion pathfinder spacecraft will hopefully pave the way for a return visit by Humans in 2020 and a sustained presence thereafter if the US invests the required funding for NASA.

I wrote in an initial LRO report about my behind-the-scenes visit on May 15 to closely observe both spacecraft first hand inside the clean room at the Astrotech Space Operations Facility in Titusville, FL for a last look and briefing together with top mission scientists and lucky photo journalists. Later that same day LRO & LCROSS were encapsulated on schedule inside the 4 meter wide payload fairing. 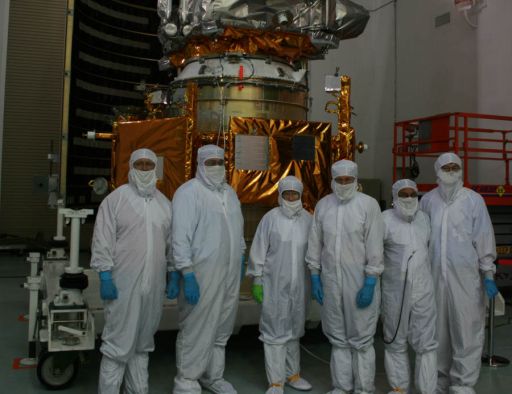 LRO and LCROSS in Clean Room

Finding water as a naturally existing resource on the moon would be a major finding with crucial implications for future human settlers. The existence of minable quantities of ice and other precious materials would enable visitors to