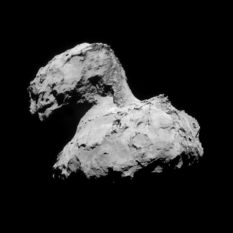 After a pause of about a week in daily image releases from Rosetta, ESA has begun sharing four-image sets of photos of comet Churyumov-Gerasimenko and invited the public to help produce pretty pictures from them. 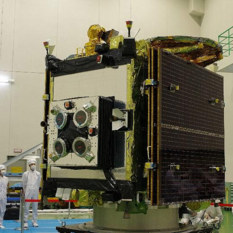 The excitement is building for Hayabusa2! The spacecraft is now complete and ready to be shipped to its launch site. JAXA unveiled its next interplanetary traveler to the media in a special event on August 31. 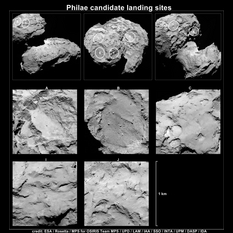 The Rosetta team has announced the selection of five regions on Churyumov-Gerasimenko that they will study as possible landing sites for little Philae. Now, as Rosetta surveys the comet from its second triangular "orbit" at an average distance of 60 kilometers, the mission will target these spots for extra attention.

Shooting video of a lumpy moon crossing the Sun and turning it into a giant googly eye is not a new activity for Curiosity, but I get a fresh thrill each time I see one of these sequences downlinked from the rover. 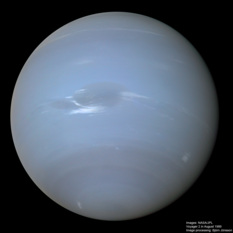 In honor of the 25th anniversary of the Voyager 2 flyby of Neptune, image magician Björn Jónsson has produced two new global mosaics of the distant ice giant, the highest-resolution ever made. 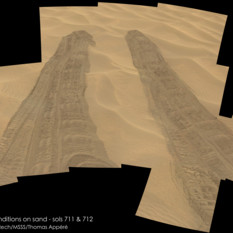 The Mars gremlins really had it in for Curiosity this month. A computer glitch and slippery sand conspired to delay the rover's progress toward Mount Sharp. And shifting rocks proved unsafe for drilling. The rover will continue driving toward Mount Sharp, departing Bonanza King without drilling, skirting Hidden Valley along a plateau to its north. 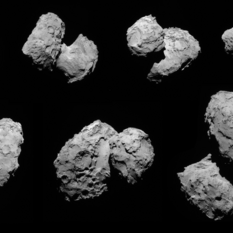 Rosetta spent the week transitioning to a lower orbit from which it continues to observe the comet. This weekend, the mission will select about five landing sites for more detailed study. They have also now estimated the mass of the comet. 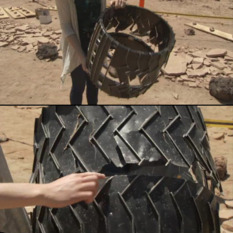 Now that a Tiger Team has assessed the nature and causes of damage to Curiosity's wheels, I can finally answer your frequently-asked questions about what wheel damage means for the mission, and why it wasn't anticipated. 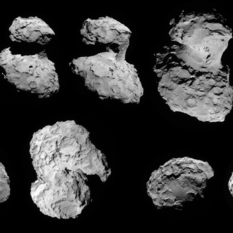 Finding my way around comet Churyumov-Gerasimenko

Rosetta has nearly completed its first funky three-cornered orbit in front of the comet. Each day we're getting views of the nucleus from more directions. I step you through Churyumov-Gerasimenko's geography.