The March Equinox Issue of The Planetary Report Is Out!

Inside the Ice Giants

I’m very pleased to announce the publication of the March Equinox issue of The Planetary Report: “Inside the Ice Giants.” The print issue shipped to members yesterday! 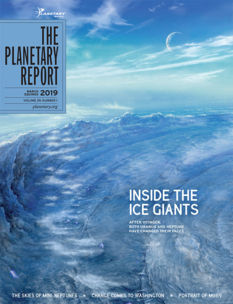 I’ve been intrigued by the blue planets Uranus and Neptune since childhood, and I knew as soon as I took on the role of editor that I’d want to give these planets the respect they deserve with a feature article about what’s changed at Uranus and Neptune since the Voyager flybys and how we might explore them in the future. Amy Simon, who leads the Hubble Space Telescope effort that photographs these beautiful worlds at every opposition, wrote that feature for you.

To accompany Simon’s article, I asked image processing artist Björn Jónsson to take another look at the Voyager 2 images of Uranus and Neptune and compare them directly in size and color. Here’s what he came up with: 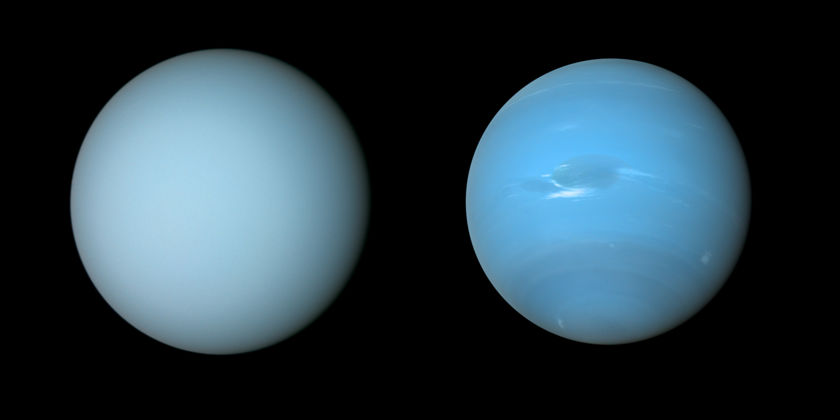 One of the reasons that planetary scientists want to explore our solar system’s ice giants is that mini-Neptune-sized worlds are the most common ones discovered by the Kepler mission, yet we know little about them. In her feature article, Hannah Wakeford of the Space Telescope Science Institute presents what we have managed to learn about what these super-Earths or mini-Neptunes are made of. We get a quick tour of some of the fascinating diversity of extrasolar planets. 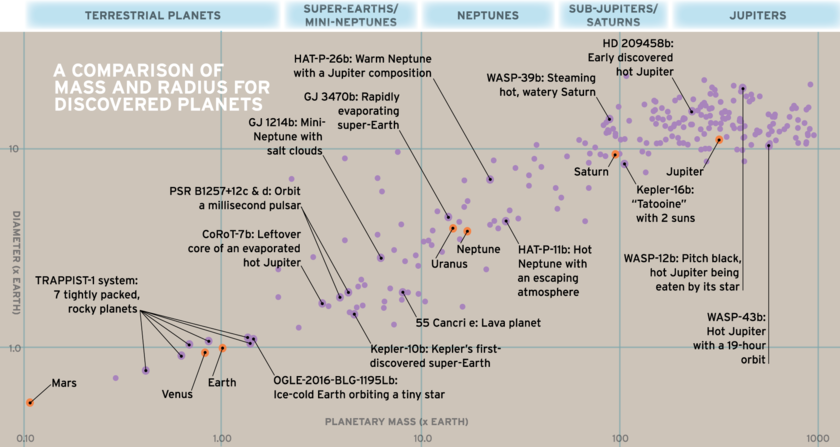 Accompanying Wakeford’s article is a still version of Ethan Kruse’s delightful Kepler Orrery, the animated version of which you can see here.

In this issue’s pages you’ll also get updates on Planetary Society projects from Deep Drill to LightSail to our advocacy efforts in Washington. You’ll also learn about a crucial planning effort that has been a long time coming. In “Your Place in Space,” Bill Nye presents you The Planetary Society’s strategic framework [link], which clarifies our mission, our vision, and the scope of our activities. I’m excited to do the work to fulfill those plans through the coming five years.

The Planetary Report is free and open-access. It is made possible through the generous support of our members. If you’d like to support our work to bring the wonders of other worlds to the public, I encourage you to join or donate.

Editor, I thoroughly enjoyed this edition of the Planetary Report and wanted to let you know. The table and graphics on page 8 comparing the gas giants were beautifully informative, and the scatter plots of exoplanet characteristics were wonderfully insightful. The articles were really interesting and the writing was clear, thoughtful, and engaging — exoplanet research is the coolest thing happening in space today! And the Kepler Orrery was fun and interesting in a somewhat overwhelming way. Well done, and thank you!

It would be worthwhile to have an article on the show-off space litter created by ASAT tests. No excuses about how much litter earlier tests have created justifies unwarranted creation of a new test. To my regret, the last one has brought my country a level down, from trying to match China to trying to match North Korea.

(With apologies to North Korea fans.)

If we update Marina Bey a little, Deep Impact also littered space. The courts argued that there was almost no chance that this would affect any other space body. I think a similar case can be made for Hayabusa 2 and the forthcoming Hera/Dart missions. Perhaps a more carefully calculated notion of not upsetting the balance can be the basis of a space law.

Like Ross, let me express a warm appreciation of all the work put into the Planetary Report.