At a press briefing at the American Geophysical Union meeting today, NASA announced that several instruments on Voyager 2 confirmed that it had passed beyond the solar system boundary known as the heliopause. Unlike Voyager 1, which spent several years flirting with this boundary, the signs were pretty clear on Voyager 2. It helps that Voyager 2’s Plasma Spectrometer (PLS) is functioning (Voyager 1’s failed in 1980). Voyager 2 passed the termination shock in 2007; its passage across the heliopause means that it is now sensing the interstellar medium and is beyond the reach of the solar wind. It is still well inside the solar system: the Voyagers will take a few hundred years to reach the Oort cloud, the birthplace of comets. I like Phil Metzger’s framing of this news: Voyager 2 “went outside the Sun.”

Project manager Suzanne Dodd said that Voyager 2 can keep functioning for 5 to 10 more years in this new region of space, though not with all its instruments operating. It is currently running at only 3.6 degrees Celsius, not much higher than the freezing point of hydrazine. Still, she’s set a personal goal of keeping at least one of the Voyagers going until 2027, making it a 50-year mission.

For more on this story:

The solar system includes objects under the gravitational influence of the Sun, ie the Oort Cloud. It will be another ~300 years before either @NASAVoyager reaches the inner edge of that region, but both spacecraft are out of the solar bubble (heliosphere) & in interstellar space pic.twitter.com/OFzpmaBhCS 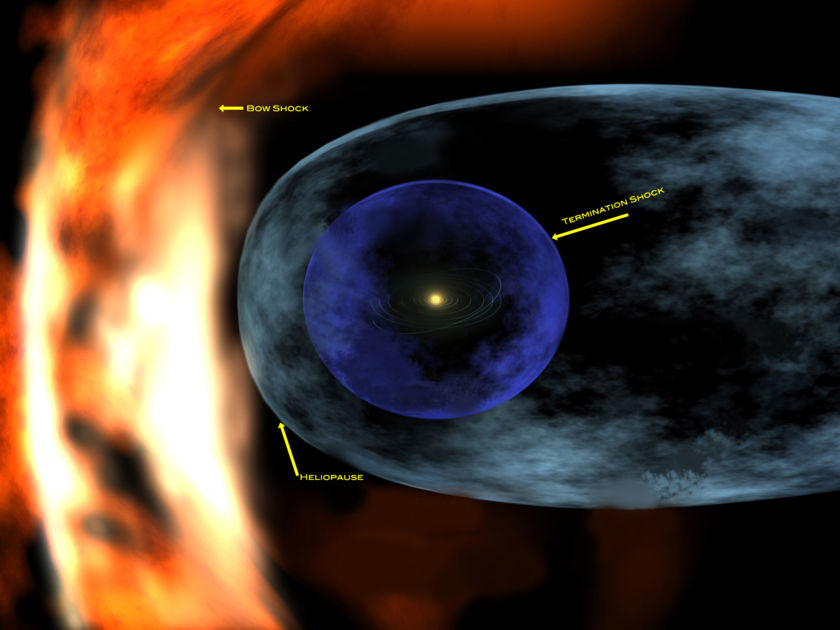 Illustration of the solar system's boundaries

You meant 3.6 kelvins, right? Not celcius?

3.6 kelvins would be like -269.4 degrees Celsius wouldn't it? Probably too cold for hydrazine.