How to keep up with Hayabusa2

Hayabusa2 is approaching Ryugu! Here's how to stay on top of the mission.

As I write this, fewer than 21,000 kilometers separate the Hayabusa2 spacecraft from its asteroid target, Ryugu, and it's approaching the asteroid at a speed of 40 meters per second -- only about 150 kilometers per hour. I have always paired Hayabusa2 and OSIRIS-REx in my mind, because they are both sample-return missions approaching their target asteroids in summer 2018. But Hayabusa2 will already have touched down on its asteroid by the end of 2018, while OSIRIS-REx will still be surveying Bennu from a distance at the end of the year. It's time for those of us who've been sleeping on Hayabusa2 to wake up and pay attention! 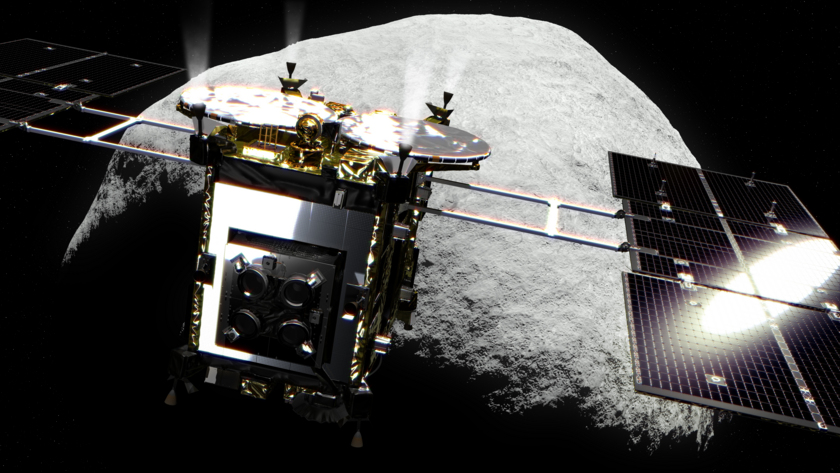 The official Hayabusa2 website offers much more information in English than JAXA has ever offered for previous missions. That's work being done by Elizabeth Tasker, a British astrophysicist who is working for JAXA to help them with English-language outreach. You can find her on Twitter at @girlandkat, and she runs the official English-language Hayabusa2 Twitter account, @haya2e_jaxa. Another Twitter account to follow is @MASCOT2018, the official account for the German-built lander.

Hayabusa2's schedule is a little difficult to predict because the asteroid's shape isn't known yet; they'll be planning survey and touchdown activities in response to what they discover. With that disclaimer, here's the provisional schedule for the rest of 2018.

I won't reproduce the rest of the currently posted timeline because I bet there'll be changes to it between arrival and the planned departure date of November or December of 2019.

There are a couple of cool ways to follow the progress of the mission. One is "Hayabusa2 NOW," a dashboard-like interface showing Hayabusa2's current communications activities; it'll also show a simulated view of the asteroid from the wide-angle optical navigation camera once Hayabusa2 gets closer. Hayabusa2 NOW is in Japanese, but there's an English explainer that provides a key to what all the numbers mean. There is also Lizard-Isana's browser-based orbital position tool for Hayabusa2.

For background reading, I suggest Spaceflight101's Hayabusa2 explainer. Also please enjoy the other Hayabusa2 imagery I've already gathered in our image library; I'll add to the collection over the coming months. Here also is a nice video explainer of Hayabusa2's remote sensing instruments

And another nice video from DLR showing how the MASCOT micro-lander will work:

MASCOT (Mobile Asteroid Surface Scout) is an asteroid lander built by the German space agency DLR for the Hayabusa2 mission. It is tiny, only 30 by 30 by 20 centimeters in size, weighing 10 kilograms. It has an internal motion mechanism that will allow it to hop across the surface of asteroid Ryugu.

For further reading, consider checking out published papers about Hayabusa2 and its target asteroid.

Finally, enjoy yourself by making a paper model of Hayabusa2! It's a simple one suitable for kids. I'm going to have to get going on my usual needlepoint-and-plastic-canvas scale model! I wonder if I can make one with a deployable MASCOT... 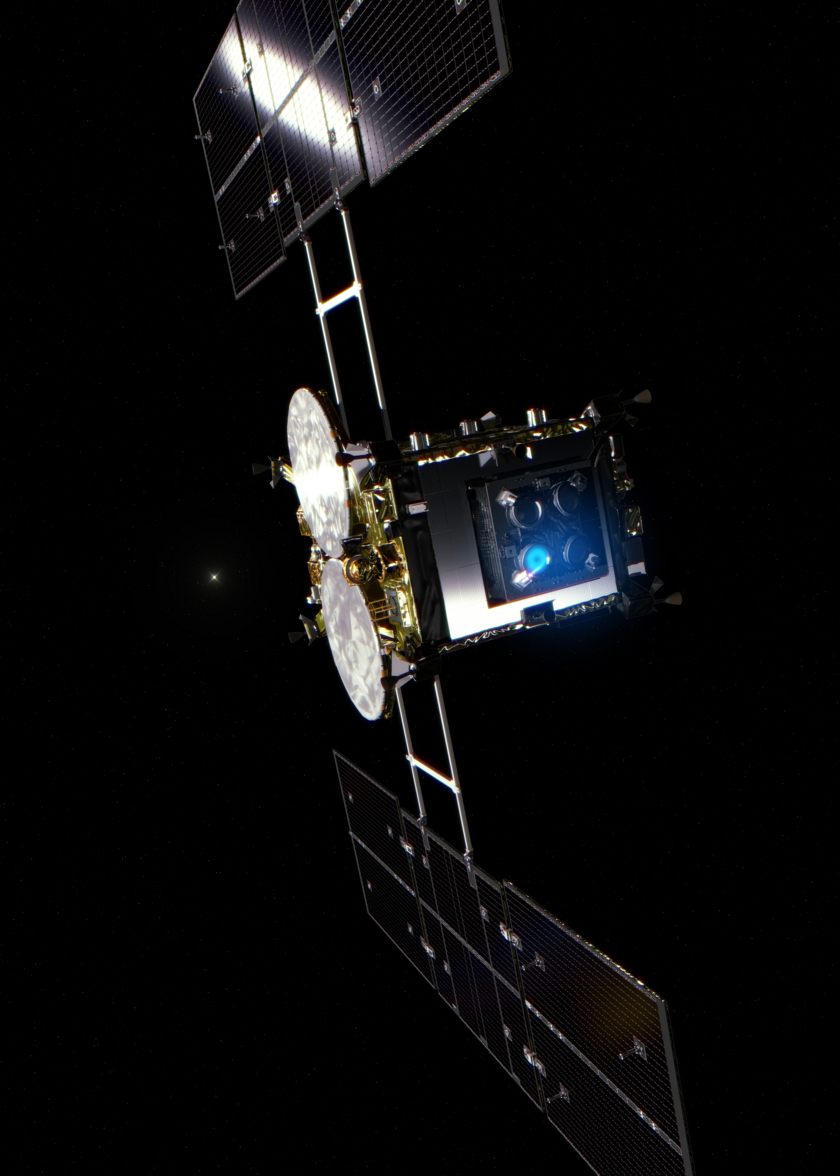 I am betting on a bi-lobe. Also more like a comet than an asteroid - dark and bouldery with few impact craters evident.

Thanks for the updates, Emily. I hadn't even looked at the JAXA site because of the limited English content on prior missions. I don't do Twitter (Imagine that!) so please send along a big "Thank You" to Elizabeth Tasker when you next communicate. More new worlds to explore -- exciting stuff!