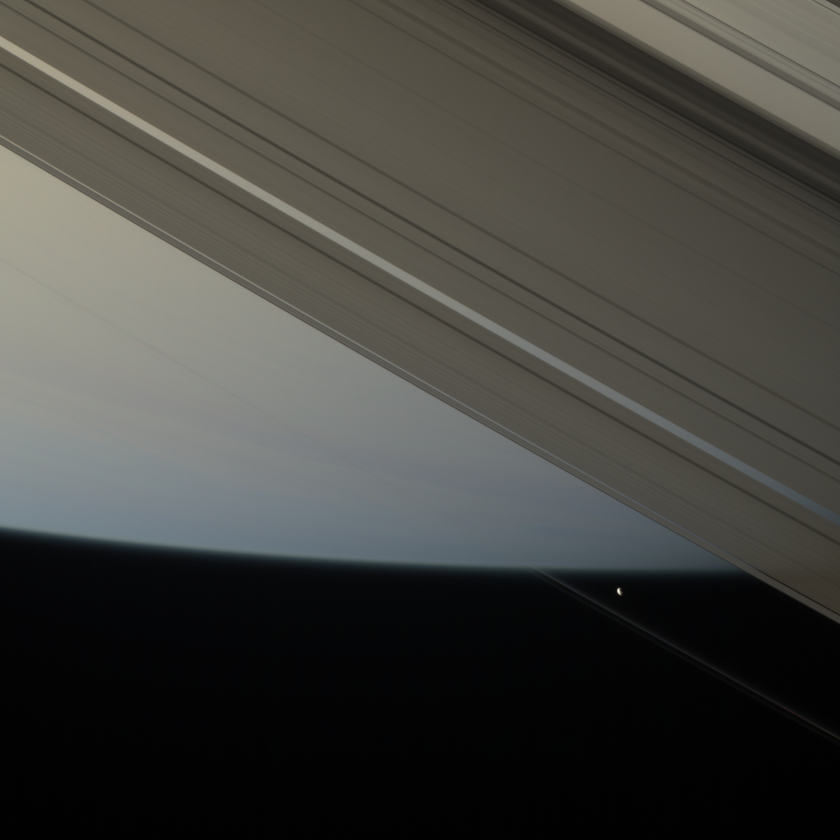 Prometheus, shaper of the F ring

Little Prometheus lies at the inner edge of the F ring in this color photo captured by Cassini on 13 April 2007. Prometheus appears especially bright because Cassini is looking down on the unlit face of Saturn's rings.

Imagine standing on that world, constantly having Saturn above your head? I'm not too sure what the rings would look like from Prometheus -- maybe just a thin dark line across the sky.

Prometheus is a long and skinny moon, about 150 by 100 by 70 kilometers. At that size it's roughly 10 times bigger than Deimos, the mini-moon of Mars that I featured last week. One long end of Prometheus always points at Saturn, and the other always points away. Prometheus is one of a ton of little ring-system moons, a feature that's common to all the giant planets. Look at the diversity of Saturnian moons seen from Cassini, and ask yourself what the poorly imaged ringmoons of Jupiter, Uranus, and Neptune look like.

A comparison of the sizes of Saturn's smallest satellites as viewed by Cassini over the course of its 13-year mission. When fully enlarged, the comparison has a resolution of 100 meters per pixel.