The Planetary Society came into being at the same time that the Voyagers began their grand tour of the outer solar system. Except for the Voyager missions, the 1980s were a grim period for planetary exploration. Consequently, the first decade of our member magazine, The Planetary Report, was dominated by Voyager coverage alongside reporting on the Russian missions to Mars and editorials about the future of planetary exploration.

Before the spread of the Internet, this magazine was how many space enthusiasts got any news about the Voyager missions beyond newspaper articles and television. As it still does today, The Planetary Report features the voices and perspectives of the scientists, engineers, and managers directly involved in the missions. In honor of the 40th anniversary of the Voyager missions, we're making publicly available seven back issues of The Planetary Report, featuring writing from Planetary Society founder Carl Sagan alongside numerous scientists and engineers from the Voyager mission: Ellis Miner, Torrance Johnson, William McLaughlin, David Morrison, Jeff Cuzzi, Bob Brown, Norman Ness, Carolyn Porco, Garry Hunt, David Stevenson, and more. 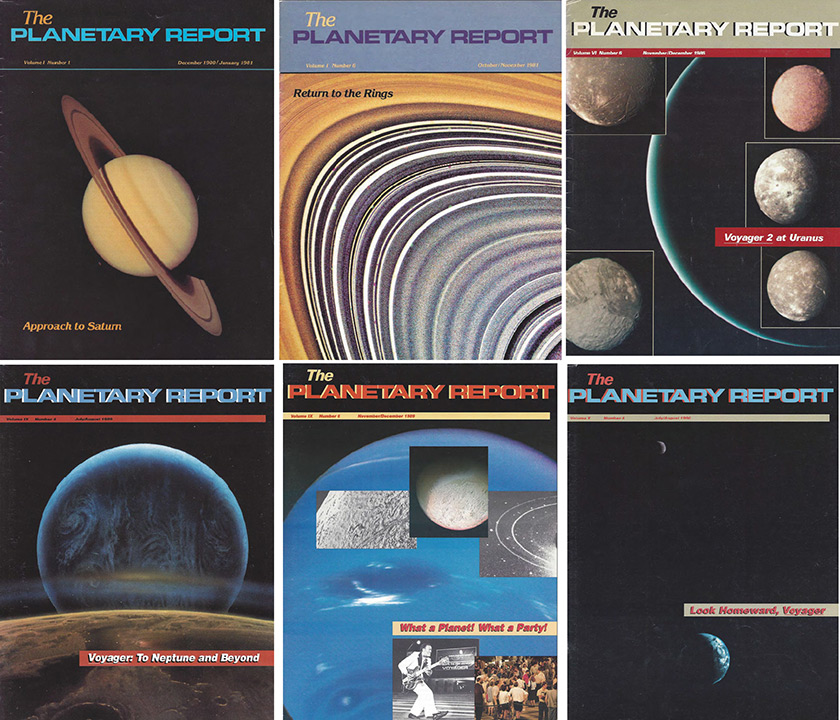 Six of the issues of The Planetary Report that featured Voyager articles and images, from 1980 to 1990.

Volume 6, Number 6 (November/December 1986) is all about the Uranus encounter and previews Neptune.

Volume 9, Number 4 (July/August 1989) is a double issue, a retrospective of Voyager Jupiter, Saturn, and Uranus science, and a preview of Neptune and of the Interstellar Mission.

Volume 9, Number 6 (November/December 1989) features early results from Neptune as well as perspectives on the historical and cultural significance of the Voyager mission.

Volume 22, Number 5 (September/October 2002) celebrates the 25th anniversary of the Voyager launches with perspectives on the mission and an article about the golden record by writer Timothy Ferris.

We hope you enjoy this journey down the Voyager memory lane. 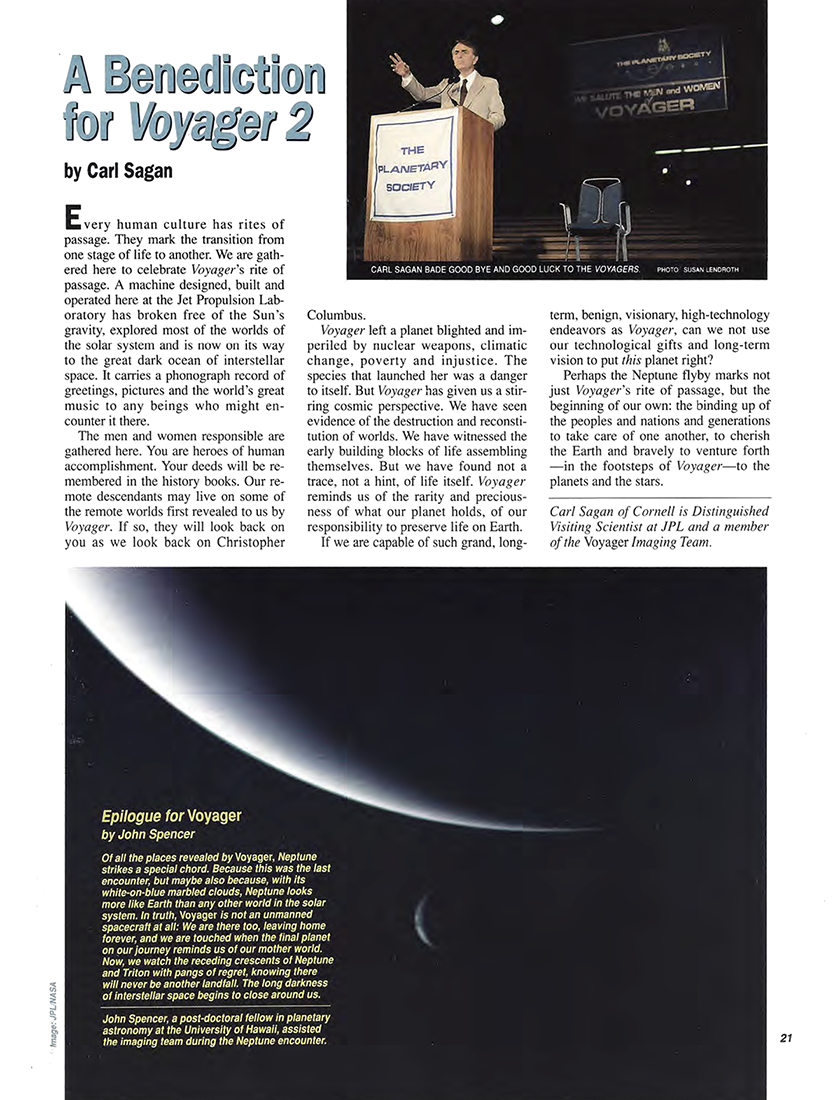 A page from Volume 9, Number 6 of The Planetary Report, published November/December 1989, after Voyager 2 had passed Neptune.