Astrophotographer Damian Peach typically shoots photos achieving remarkable detail on the storms of Jupiter and rings of Saturn. Last week, he shared a different sort of view of Saturn that serves to remind us of its place in the sky, a wandering star (and companion) among stars. 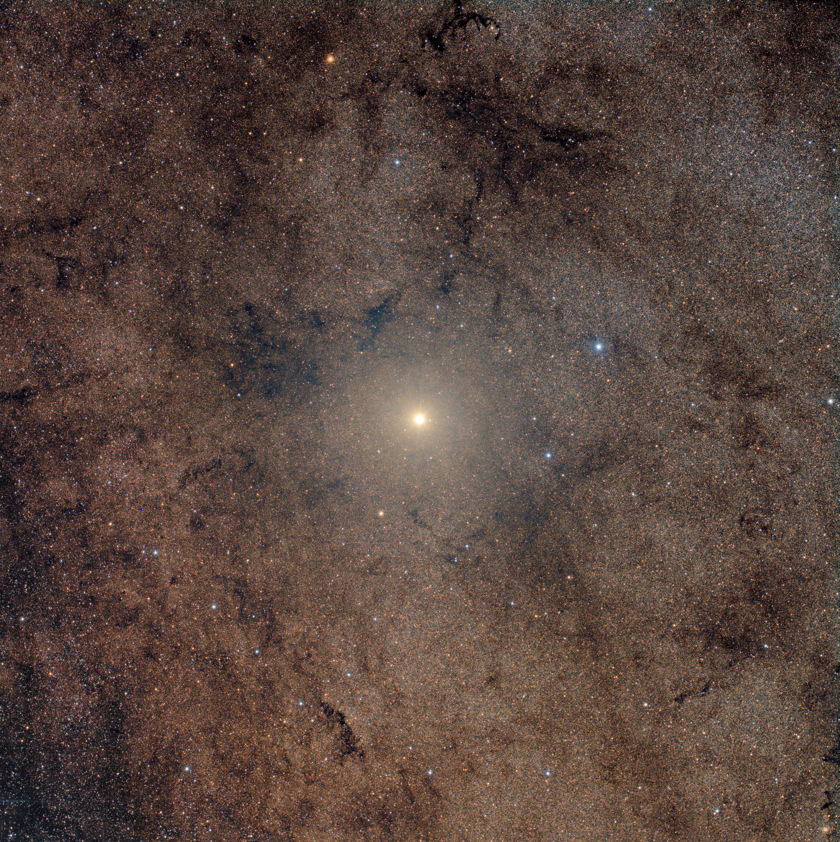 A photo of Saturn and Titan crossing the galactic plane near the galactic center, taken by astrophotographer Damian Peach on May 2, 2017. The image is 4 degrees square.

It brought to mind Cassini project scientist Linda Spilker's comment a couple of weeks ago that when we lose Cassini, our immediate connection to Saturn will be lost; we'll return to staring at it from a billion kilometers away, just another brilliant star in our sky. Of course things aren't that bad. The photos that Peach and other astrophotographers take of Saturn show us quite a bit of detail, and even during the Cassini mission such photos provided the mission with storm monitoring services that the busy spacecraft couldn't match. Astrophotographers will continue to put in such service; we'll continue to get science at Saturn even without Cassini. But still. Stare at this photo for a few minutes and allow yourself to wallow in wistfulness about Saturn feeling as far away as the rest of the galaxy again.

If you're wondering which dot is Titan, I think this is it, based on what I could tell from astrometry.net and the JPL Solar System Simulator. (EDIT: My initial identification was wrong! Thanks very much to astrophotographer James Willinghan for steering me straight on the Titan identification.) 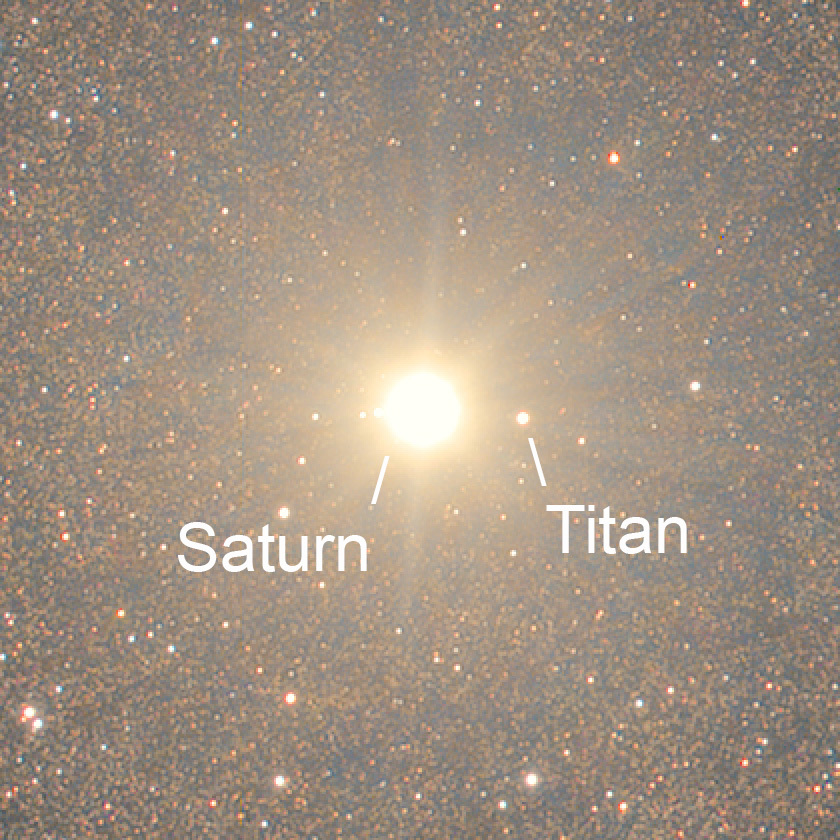