It's a great time to go outdoors and look at planets. I have three glorious planetary portraits to share today, sent to me by amateur astronomer Jean-Luc Dauvergne. He's been observing for the last week, he said, from Pic du Midi Observatory in the French Pyrenees, using a 1-meter telescope built in 1963 to perform lunar mapping to prepare for the Apollo missions.

Mars is much in the news right now, as it was at opposition on May 22 and it will be closer to Earth than it has been for 11 years on May 30. Its orange glow is easy to spot in the night sky, even from inside a building. That means that it's an especially good time to view it from Earth-based observatories. Enjoy the clouds above Mars' great volcanoes, and give a little wave to Gale crater, where Curiosity is toiling away. 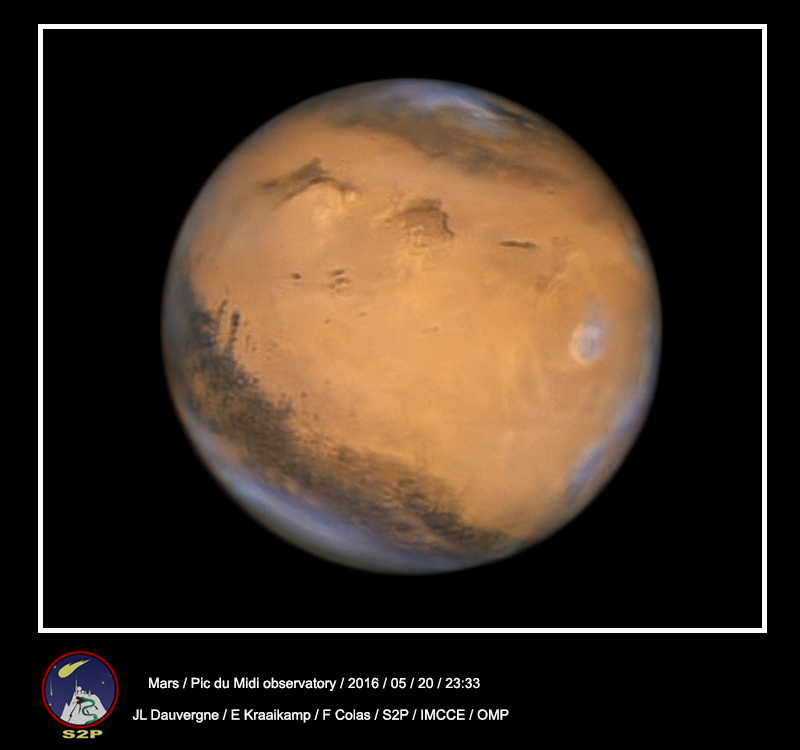 This photo was taken on May 20, 2016, just two days before Mars' opposition, and 10 days before its closest approach to Earth in 11 years. Olympus Mons and the Tharsis montes gather clouds close to their peaks on the right side; Gale and Knobel craters lie at the top of two dark streaks at center left.

Dauvergne also turned the telescope toward Saturn, which will be at opposition in just a few days, on June 2. It's also almost exactly a year away from summer solstice, which means Saturn's rings are tilted dramatically open, the outer edge of the A ring visible all the way around the planet. About this photo, Dauvergne wrote: "I think that it's the first time that a picture from the ground shows Encke gap all around with a telescope smaller than Hubble (The VLT obtained the same kind of resolution in the infrared)." 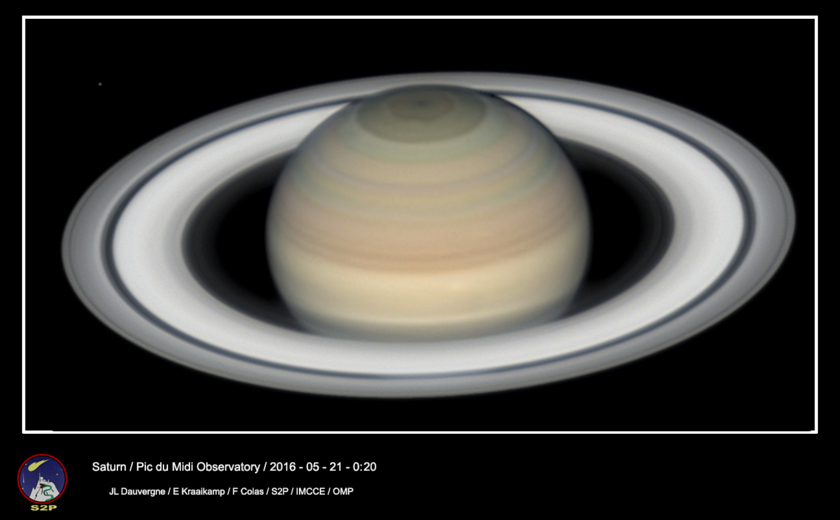 About a year before solstice and just a few days before opposition, Saturn presents its wide-open rings to Pic du Midi Observatory. Not only are the north polar hexagon and the Cassini division clearly visible, but so is the entire circumference of the narrower Encke gap, near the outer edge of the rings.

Finally, there is Jupiter. Amateur astronomers around the world are collecting as many good photos of Jupiter as possible to support the Juno mission, which will enter orbit in just 6 weeks. Dauvergne told me "Just the week before, I was in Nice with Glenn Orton, Leigh Fletcher, Christopher Go, Damian Peach, Emil Kraaikamp, Ricardo Hueso, Agustin Sanchez, and many others to talk about better ways to help Juno and Junocam." Jupiter's opposition was on March 8, and Earth is rapidly outpacing it in its path around the Sun; by September, it will be impossible to see for a while, during conjunction. 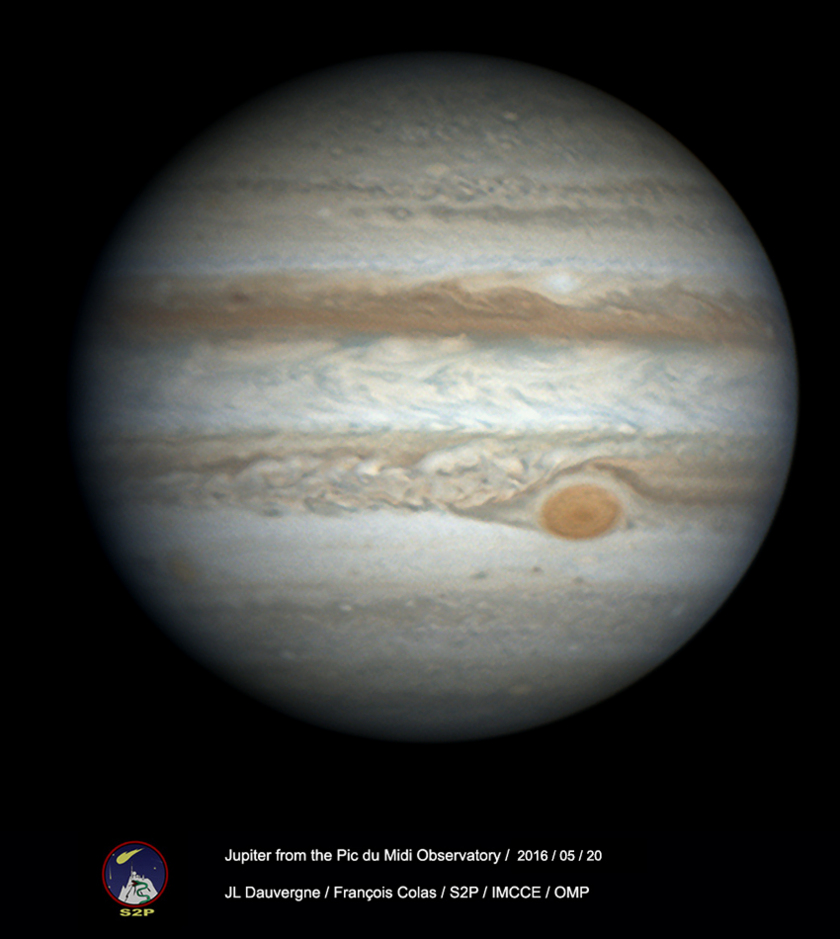 Readers may not have access to a telescope like Pic du Midi, but you can all go outside and look up at the brilliant planets visible right now in our night skies!

They are three excellent images and the Pic du Midi Observatory itself makes for some great photos given its scenic mountain setting. A lot of serious astronomical work has gone on at that observatory including the spectroscopic analysis of the atmospheres of Mars and Venus in the 1960s which indicated that the atmospheres were in chemical equilibrium.