Following up the detection of the Schiaparelli crash site by Mars Reconnaissance Orbiter CTX, the higher-resolution HiRISE camera has now definitively identified the locations of lander impact site, parachute with backshell, and heat shield impact site on the Martian surface. More HiRISE images are planned to image the site in color and in stereo. Read more about the imaging on the ESA website and the HiRISE website. 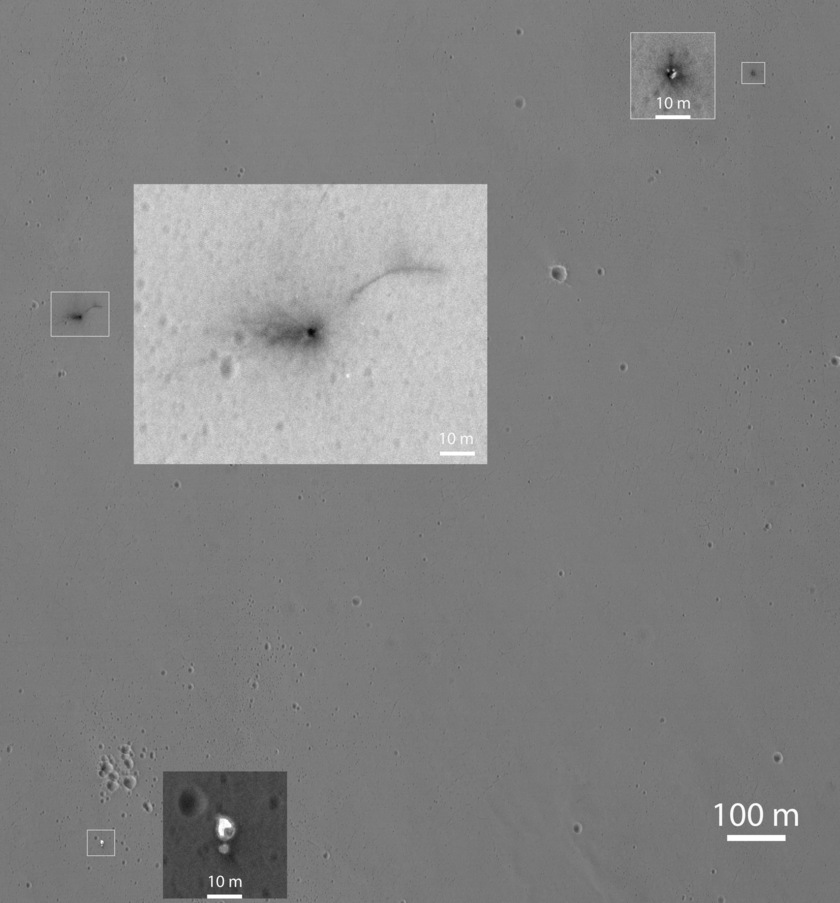 NASA’s Mars Reconnaissance Orbiter High Resolution Imaging Science Experiment (HiRISE) imaged the ExoMars Schiaparelli module’s landing site on 25 October 2016, following the module’s arrival at Mars on 19 October. The zoomed insets provide close-up views of what are thought to be several different hardware components associated with the module’s descent to the martian surface. These are interpreted as the front heatshield, the parachute and the rear heatshield to which the parachute is still attached, and the impact site of the module itself. More information

Nice excavation work - too bad it's on the wrong side of Opportunity's path. That could have been an interesting science opportunity, a consolation prize to this unfortunate incident.