Chinese officials have announced that this morning's launch of the Tiangong-2 space station was successful. For more on this mission, read Andrew Jones' coverage: 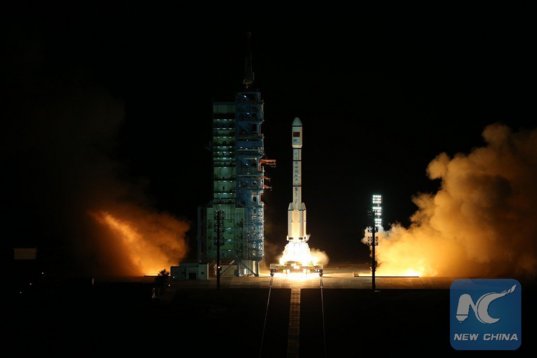 As for me, I celebrated the successful launch by making several animated GIFs. Enjoy!

(Note: I called the boosters solid in the tweet below; they are, in fact, liquid-fueled rockets. My apologies for the error.)