Enjoy this serene image of a moonset on another world, captured by Curiosity's Mastcam in April 2014 and processed here by Justin Cowart. 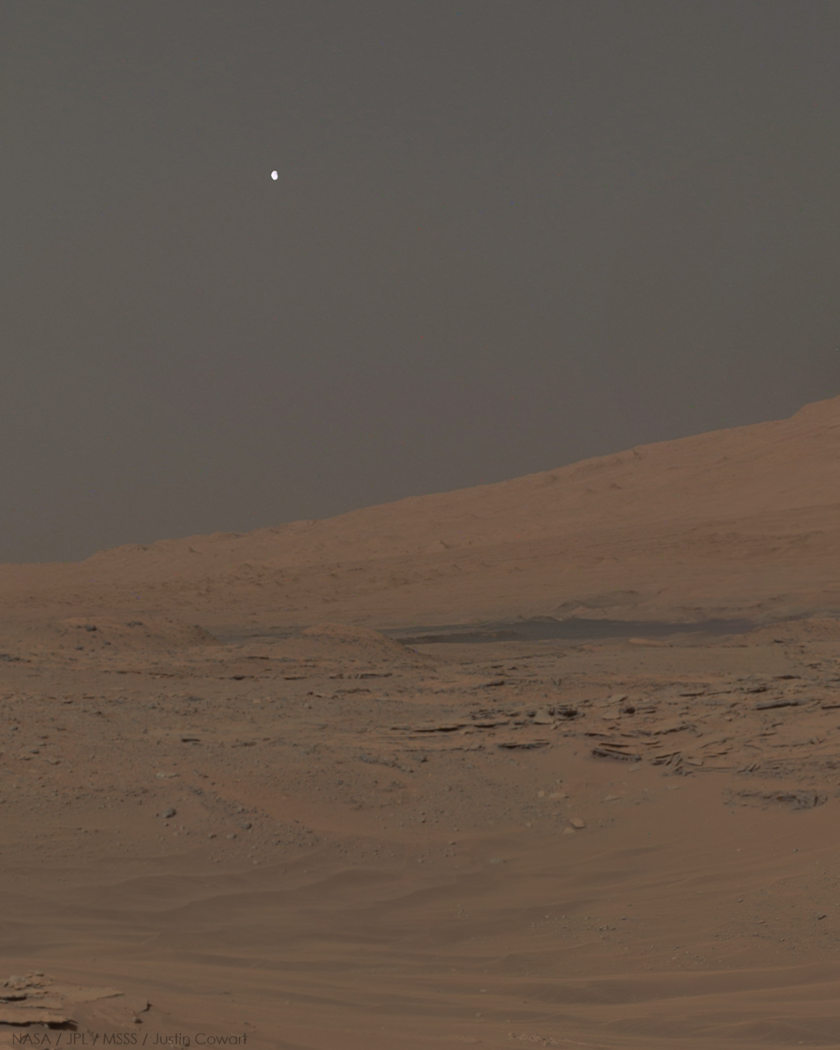 This image combines a single Mastcam frame taken of Phobos behind Mt. Sharp on sol 613 (April 28, 2014) with three images from a 360-degree mosaic acquired during the afternoon of sol 610 (April 24, 2014) to extend the foreground view and balance the image composition.

The moonset view came from one sol; Justin extended the mosaic with some images taken a previous sol. "The sol 610 frames were adjusted to match the color of the Sol 613 image. As these additional frames were in the opposite direction of the Sun, very few shadows are present, ideal for matching the post-sunset lighting conditions of the sol 613 image," he writes.

A bit of Phobos trivia: Curiosity's view here is to the east, but this is indeed a moonset, not a moonrise. Phobos orbits so close to Mars that it moves around Mars faster than Mars rotates, and consequently it appears to rise in the west and set in the east!

Thanks, Justin, for finding and sharing this gem from Curiosity's archives!

Phobos orbiting faster than Mars is rotating, so that it sets in the East? Wow, that's interesting; I didn't know that! Gee, I'll be gosh-darned! Way to go, Emily!