Recently, space image processing enthusiast Thomas Appéré noticed that Curiosity had taken five photos of exactly the same spot on the rim of Gale crater, identical but for being taken at different times of day. That spot was due north of the rover, so the rising and lowering Sun illuminates the rounded hummocks of the crater rim differently from early morning to early afternoon. It's winter in the Martian southern hemisphere, so the Sun is north of the rover, slightly shadowing rover-facing slopes. Here, Appéré has stacked the five images and animated them:

While working at Namib dune, Curiosity took advantage of relatively clear skies to shoot several images at the same spot on the rim of Gale crater, due north of the rover. Three of the photos were taken on sol 1246 (February 7, 2016), and two were taken on sols 1234 and 1235.

The animated GIF format posterizes the color, so to help you better appreciate the shifting shadows I made a "before-and-after" comparison of two of them. Appéré posted these and one more of the images in full resolution and color on his Flickr page. 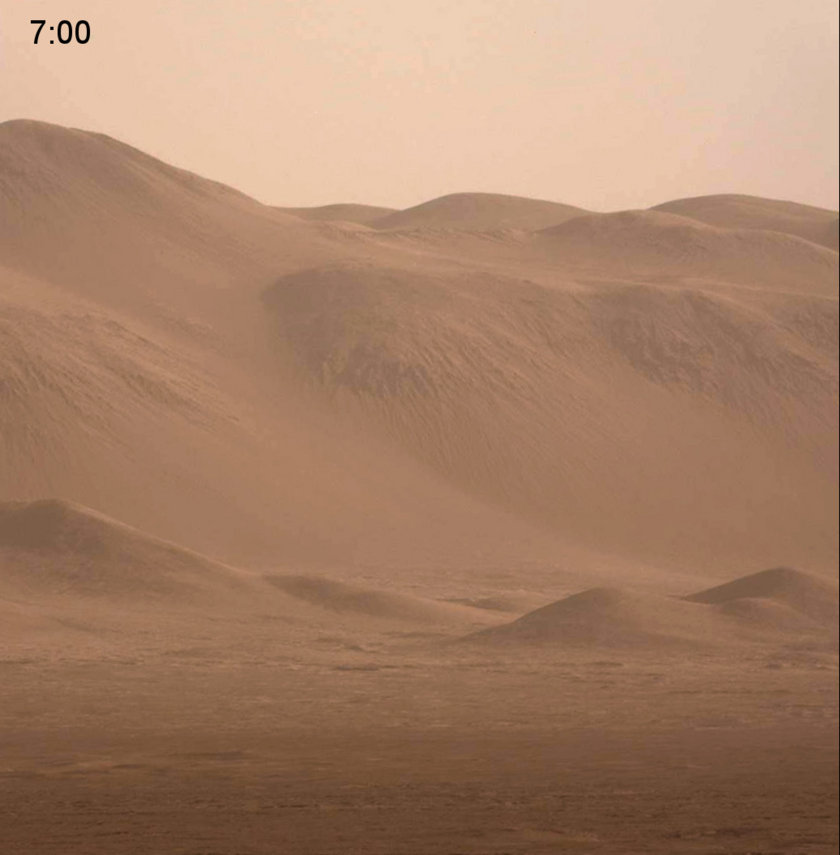 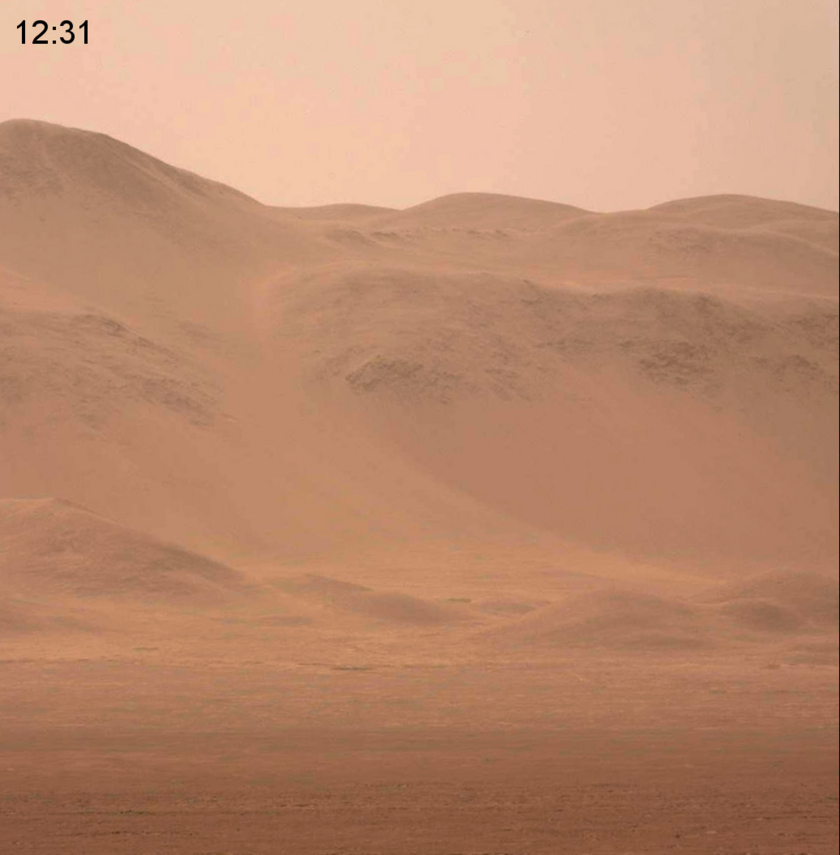 While working at Namib dune, Curiosity took advantage of relatively clear skies to shoot several images at the same spot on the rim of Gale crater, due north of the rover. These two photos were taken on sols 1234, with light from the and 1235 (January 25 and 26, 2016). At 7:00 a.m. local time, the light is from the east (right); at 12:31 p.m. local time, the light is high and to the west (left). It is also winter at the rover's position just south of the equator, so the near-noon light throws some shadow toward the rover.

They're pretty enough to be a painting!