January 24 was the 30th anniversary of the Voyager flyby of Uranus. Uranian moons have been on my mind ever since New Horizons sent us close-up images of Charon. The scarps and troughs and splatty craters on Charon reminded me of similar features we saw, though much less distinctly, in those Voyager photos. It seems the moons were on Ted Stryk's mind, too; on the occasion of the anniversary, he produced latest-and-greatest versions of the Voyager views of these worlds, posting each one at the Pluto Picture of the Day website. You can see Umbriel, Titania, Ariel, Miranda, and Oberon over there; here is a scale comparison of the six largest moons of Uranus. 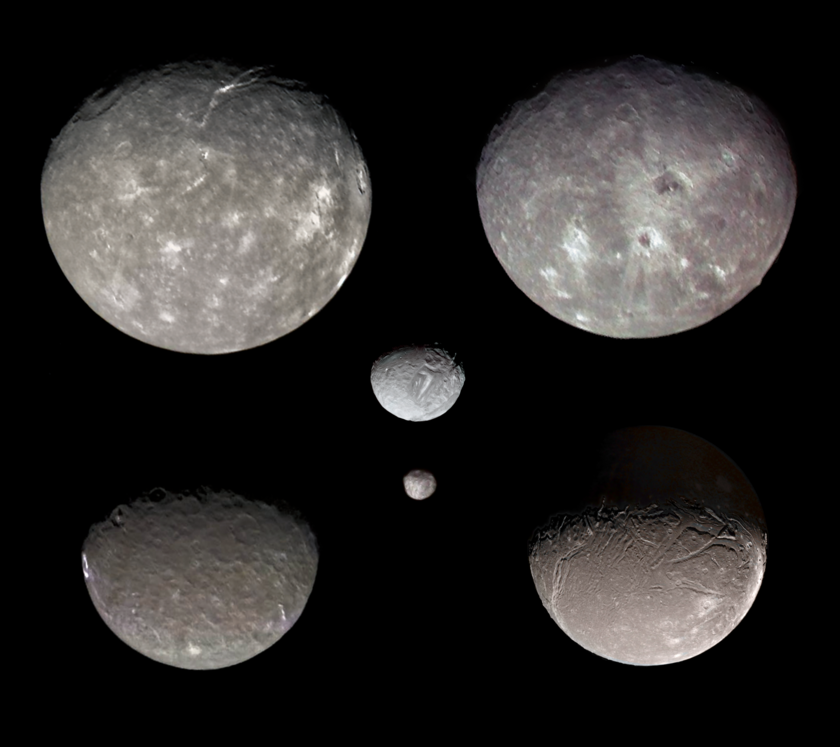 The major moons of Uranus to scale. These images were taken on January 24, 1986. The geologic diversity these moons show begs for another mission to explore them thoroughly. Sadly, we have never been back, and we have no plans to go back. Top row: Titania, Oberon. Bottom Row: Umbriel, Ariel. Top Middle: Miranda. Bottom Middle: Puck.

Check out how Oberon and Charon compare: 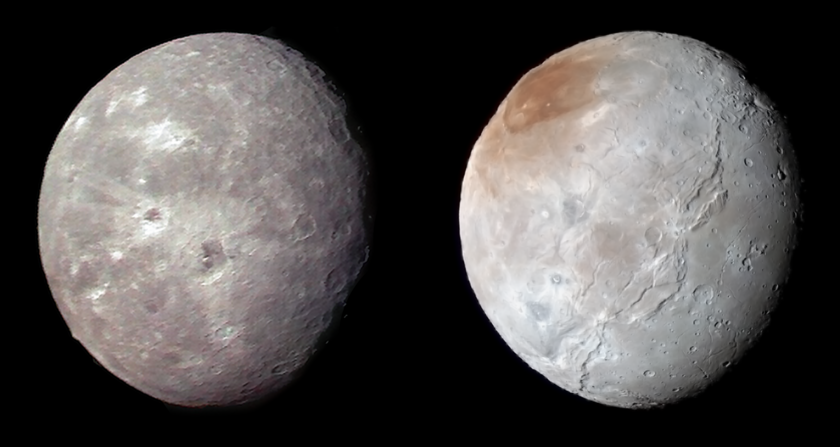 Oberon, moon of Uranus (left), and Charon, moon of Pluto (right). These worlds are of similar size and both exhibit intriguing geology. Oberon was barely glimpsed by Voyager 2 as it flew by the Uranian system on January 24, 1986, while Charon received a close encounter by the New Horizons spacecraft on July 14, 2015. Charon's complex geology makes the barely-studied moons of Uranus even more tantalizing.

As amazing an accomplishment as Voyager 2 was, and as artful the work that Ted has done is, it's frustrating that we don't have better images of these worlds. But this is what we've got. As a reminder, here is the entire Voyager 2 Oberon image catalog -- all the pixels we've ever taken that have resolved the moon as a geological world. 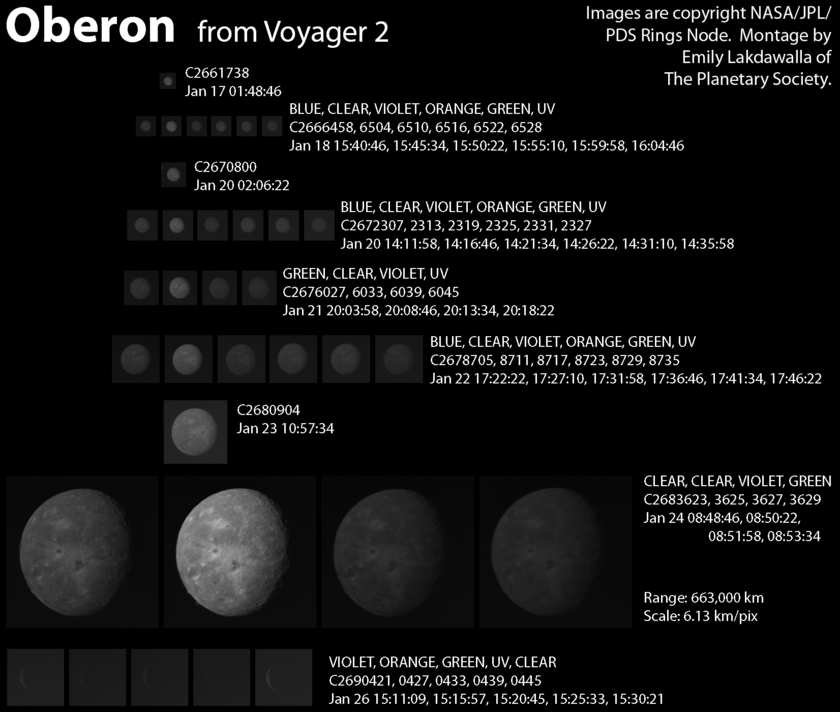 We must do better! For further reading, an entertaining article that appeared on Atlantic.com today explains why Uranus is the best planet.

Perhaps a thousand bumper stickers distributed to 100 cities, and carrying a blue green photo on a white background with the words, "Let's Go To Uranus" might stir up some awareness.

I think Oberon is more like Ceres than Charon. It has the same dark surface, crater saturation, and similar bright patches. It's only the coincidence of size that makes it like Charon.

Concur with Mewo here...Oberon really doesn't have much in common with Charon beyond size and maybe composition (I'm willing to bet there is some sort of compositional gradient that allowed Pluto and Charon to have much more geological activity than most of the giant planet's moons...maybe more ammonia condensed in the kuiper belt?) However, Miranda and Ariel remind me a lot of Charon.

Nice post Emily! The Oberon-Charon side by side is misleading since the respective radius's are 761-606 kms. A closer comparison might be with Umbriel / Ariel and Charon. (585/579 and 606 kms).