A few gems from the latest Cassini image data release

At the start of each quarter, the Cassini mission releases three months' worth of data to the Planetary Data System. I watch the updates page at the Planetary Data System's Rings Node every day to see when the data is ingested into their OPUS search engine, ready to pounce as soon as I can browse it. As with the last few data releases, this one mostly contained images of Saturn, its rings, and Titan, with few photos of other moons.

Among my favorite things from this quarter's haul of public data were a couple of views of Titan that show how it's growing a "hood" over its north pole. 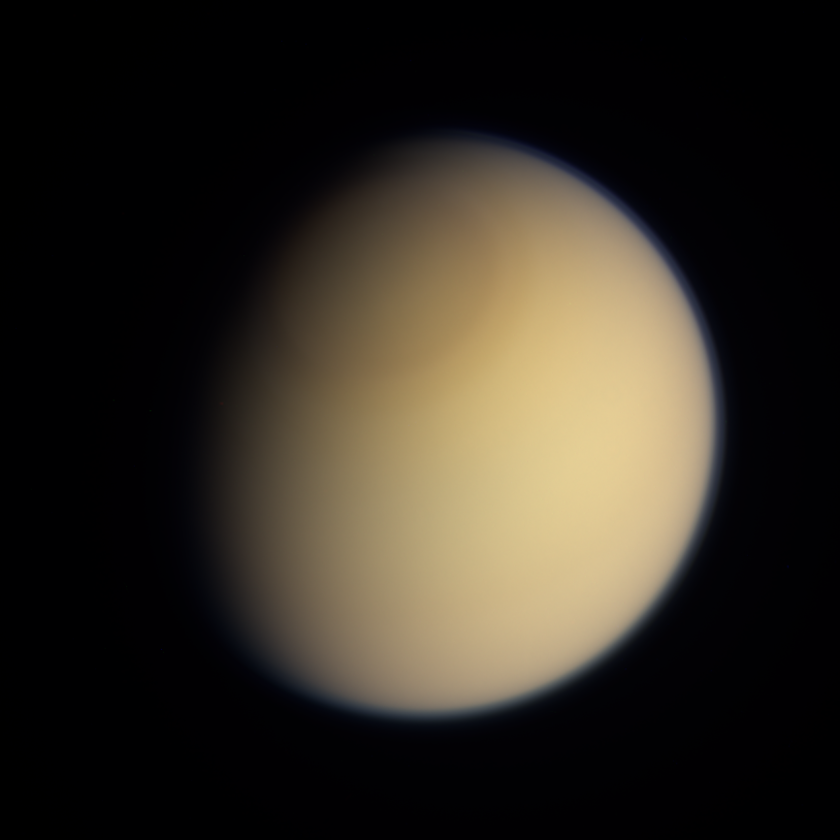 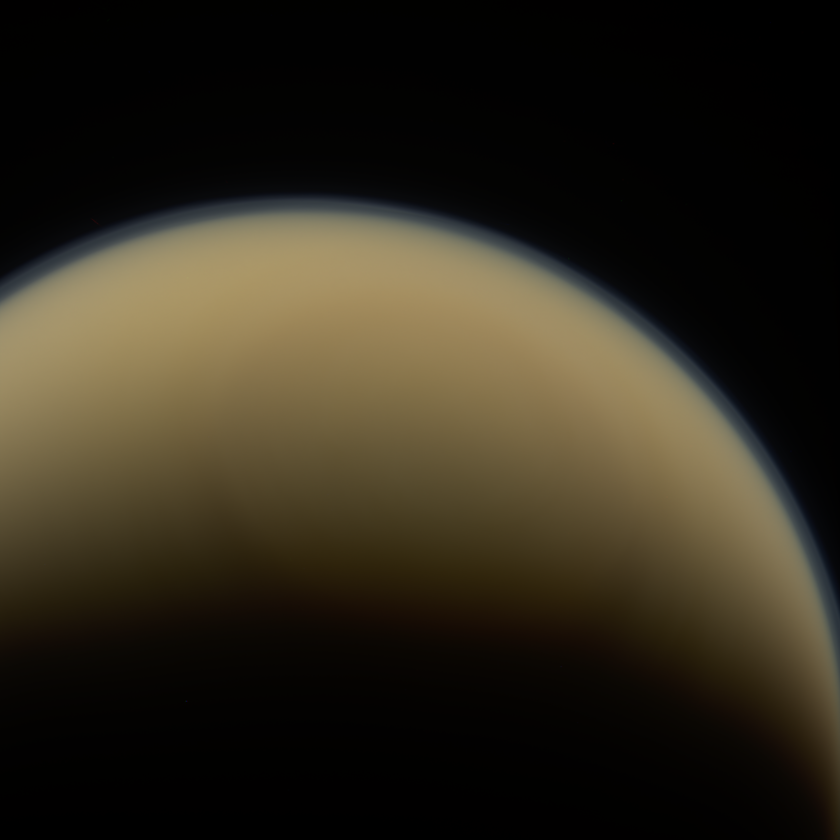 In May 2014, spring had come to the north poles of Saturn and all its moons, and a hood was forming at Titan's north pole.

But what I had the most fun with is this stunning panorama across the full width of the sunlit side of Saturn's ring system. Ringlets upon ringlets. It took quite a while for me to align the different-filter frames into color images, and then each of the seven frames had to be matched and blended with each other. To help with aligning the images I enlarged everything to 300% as I worked on them. I reduced the final version by half, finishing up at 150% of the original resolution, so that you should be able to crop it to fit just about any size monitor as a wallpaper! Enjoy.

Cassini scanned across the full width of Saturn's ring system, from the C ring at top, through the B ring at center, to the A ring at bottom. It took seven narrow-angle camera footprints to cover the breadth of the rings. The images are enlarged 150% from their original resolution.

Excellent work. Your blog and write ups are really detailed and the best. You should write something about the different tools you use to accomplish the tedious tasks.

So if I counted correctly, Saturn is about 1200 years old?