Look closely at the image below. See a little streak at the center? That is LADEE, in its low orbit around the Moon, photographed by Lunar Reconnaissance Orbiter on January 15. LADEE was only 9000 meters below, moving in its orbit at 1600 meters per second, while Lunar Reconnaissance Orbiter was moving the same speed but in a nearly perpendicular direction. The high relative speeds, plus the particular style in which the camera operates, cause LADEE to appear as a long streak. For lots more information about the photo and what you can see of LADEE after proper processing (quite a lot!), check out the lengthy and informative entry about this photo on the Lunar Reconnaissance Orbiter Camera website. 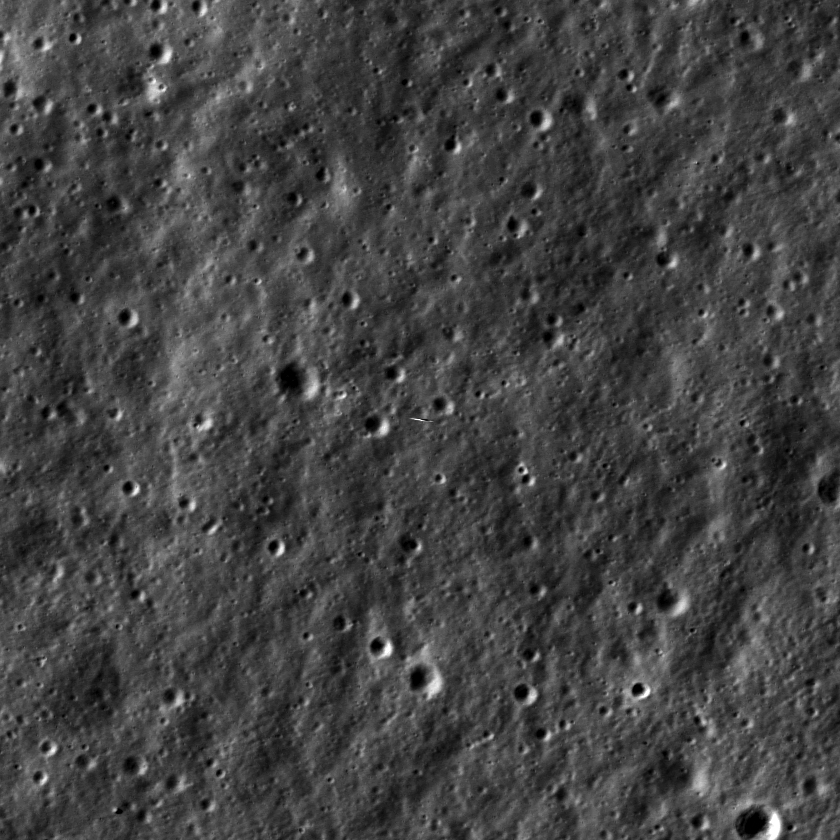 On January 15, 2014, Lunar Reconnaissance Orbiter managed to take a photo of LADEE streaking past, only 9 kilometers below.

Images like these represent a triumph of cooperation between two completely separate mission teams. We couldn't fly spacecraft at all without incredibly precise tracking and ridiculously accurate prediction of spacecraft trajectories -- but still, it's pretty amazing to be able to know the positions and timing of everything precisely enough to be able to shoot one spacecraft from another one.