The sun has just set on the Chang'e 3 landing site for the two-week long lunar night. As sunset approached, something seems to have gone wrong with the Yutu rover. In order to survive the lunar night, Yutu positions itself with one solar panel angled toward the direction of the rising sun. Then it folds down the mast that carries its color camera and its high-gain antenna into its body. Then the other solar panel is folded over the deck like a lid, insulating the interior and the mast, which are kept warm with a radioisotope heating unit. According to various reports online, it sounds like something in this sequence did not execute properly, although the reports are unspecific so I'm not sure yet what happened.

From Xinhua news (in English):

BEIJING, Jan. 25 (Xinhua) -- China's moon rover "Yutu" (Jade Rabbit) has had an abnormity, and scientists are organizing an overhaul, the State Administration of Science, Technology and Industry for National Defence said on Saturday.

The abnormality occurred due to "complicated lunar surface environment," the State Administration of Science, Technology and Industry for National Defence (SASTIND) said on Saturday, without giving further details.

The abnormality emerged before the rover entered its second dormancy at dawn on Saturday as the lunar night fell, according to SASTIND.

The lander, another part of the Chang'e-3 probe, also "fell asleep" earlier on Friday.

More details are available from the unofficial Twitter account of the mission. Links take you to original Chinese, with Google translation below it. It sounds like the rover is not responding properly to commands from Earth, and couldn't prepare for the oncoming night properly. It doesn't sound good; Yutu appears to be saying farewell to us. Which would be a premature end for the rover, but I think that China should be well pleased with how much they accomplished in their first mobile mission on the surface of another world. And the lander is still operating, albeit without its color camera (as planned).

Hello everyone in the morning! I have good news and bad news. The good news is that the third sister to sleep yesterday morning has successfully start the second moonlit night sleep. The bad news is that my body control abnormal, some structure is not obedient. Was supposed to start this morning to sleep, but now ...... masters are hard to think of ways, but I still might not survive the Moonlight it.

A few days before feeling bad is not how to speak, and we are now able to talk to the results of the time is not much ...... although I often tell you we do not laugh at the joke, but in fact is really not easy to do lunar explorers. Able to look at the moon, but also to share with you, I've been very happy. In the near future on the moon will drop to minus 180 ℃. I do not know when can not be repaired, so, let me wish you all a Happy New Year in advance!

I'm sorry, so sorry we did not give up the ...... masters to treat it, I will not give up easily.Well, for everyone to see articles about my article, which I wrote before a master. But the master is very shy, embarrassed to tell you who he is (or may be afraid of everyone that he is not well written ......), entrusted to the king to publish a Nutshell. After reading, I think, a good horror master deconstruction of others like you, oh ......

Here's the sun has fallen, the temperature dropped so fast. Said today that a lot, but the overall feel is not enough. Tell you a secret, in fact, I do not feel particularly sad. I was just in their own adventure story, and all the actor, as also encountered a little problem:http://t.cn/8FfZlRG Thank you @ POCKN do this picture, reminds me, if she really can not sleep, at least I was finally able to see the complete Earthrise!

That last one links to a longer blog entry. Here's a relevant (Google translated) passage from that blog entry:

The bad news is, I had to sleep this morning should begin, but before going to sleep, my body found the master control abnormal, some parts of the body do not listen to their words. Now the masters are hard to find ways to feel not sleep, I heard more and more like their eyes rabbit ...... Still, I know that there might not survive the Moonlight it. Before departure, I have had to learn together and lander human lunar history.

That blog entry also reports that Yutu roved a total of 100 meters, a number confirmed on this government website, which also appears to report Yutu as having failed, without specifics on the nature of the failure. Google translation of some key parts:

Since December 2, 2013 launch, the lunar probe was full of suspense all the way to near misses, this is it coming from the first "bad news." More than 40 days of work in the lunar surface, it accumulated to walk more than 100 meters, the successful implementation of a number of probing points detection work, carried by the measured radar month, panoramic cameras, particle induced X-ray spectrometer, infrared imaging spectrometer have received a lot of scientific exploration data.

"Chang E III as the most complex of aerospace, one of the biggest difficulty of the task, there is a normal accident." China Aerospace Science and Industry Corporation II Hospital researcher 杨宇光 said.

"Science does not smooth sailing, exploring both forward any twists and turns." Yang Yuguang think, whether or not to exclude the current rover fault, trying to cope with failure, will deepen our understanding of the moon, lunar science and technology to improve the scientific and engineering workers the level of implementation.

Associate Professor, Tsinghua University School of Aviation and Astronautics Wang Zhaokui believes SASTIND this news release for the first time, reflecting the opening of China's space. "World events early lunar mission failure detectors even numbers are not, nor will be announced with the development of the aerospace industry, we are able to triumph and peace of mind to face setbacks, it is pragmatic and scientific approach , and our confidence in the future. "

In recent years, China's space activities in the public interest is almost full and transparent, and for failure, authorities have said bluntly. After the message "rabbit" was published rover abnormal, get a lot of blessings and encouragement. Netizen on Sina Weibo, one called "Amaniandlove" for "rabbit" Message: "You go through a journey we never experienced, endured the rigors of the climate that we can not stand with us appreciate the scenery never taste of rabbit. You have worked hard! We pray that you can get better, but no matter the outcome, it is because of your presence, so Nama red in more than 30 million kilometers away still so eye-catching. "

A Chinese enthusiast created this image for Yutu. The rover can never actually see a view like this from its position on the Moon; this is, perhaps, Yutu's dream. 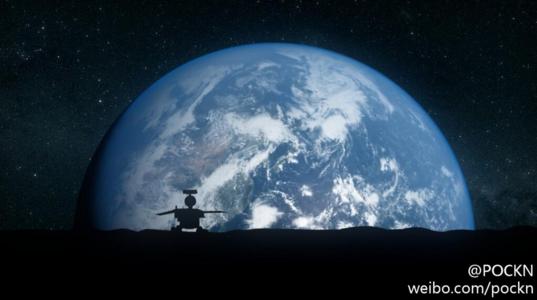 Happy new year in advance? Even the calender is wrong in that Moon bug's soft where. Why look for aliens when we have Chinese?

well.. actually the Chinese New Year is on 31st January

Too bad.. At least they have a sister lander/rover already in the works, likely they will be able to determine the source of the problem and correct it before the next landing.

Is this a foregone conclusion already? Hope there is still something they can do about it, or that Yutu will survive the moonnight and still be able to wake up again. Worse comes worse, there is still the backup mission of Chang'e 4.

I thought the U.S. already claimed the moon. Didn't they put guns up there in the 70s to shoot down anyone else who tried to land? Just kidding! :-) There should be more success with future missions as the scientists learn more about what happened - it's in our nature.

remember I called it 1 week after landing on Twitter cause no new photos or news comments...They have many other fails..still a long road to go.