Every year, I write a feature article for the year's final issue of The Planetary Report titled "The Year in Pictures." The Planetary Report is The Planetary Society's members' magazine. Writing this article is always a fun process of reflecting on the year's significant events. I don't make any claim that my image selections are the "best" of each year. They're often pretty pictures, but they also serve as visual bookmarks for important events that took place across the solar system.

Because The Planetary Report is a printed product, I have to compose my Year in Pictures article before the year has ended. So here is an addendum to the printed article, a few images that came in November and December that mark significant events of 2013. The 2013 Year in Pictures article with the rest of my image selections from January through October is about to come out in print (a little late, for which we apologize). If you'd like to read it, join The Planetary Society today!

When the article went to press, it wasn't clear what the fate of the much-lauded comet ISON would be. On November 28 -- Thanskgiving Day to Americans -- the comet made its closest pass by the Sun and broke apart, dissolving into a smudge of rapidly dispersing dust. Is it fair, in an online addendum to a printed article, to include an animated image? Fair or not, that's what I'm going to do:

This animation contains 96 images captured by the STEREO Behind spacecraft between November 28 at 00:08 and November 29 at 08:39 UTC.

The printed article included only one launch photo. But 2013 ended with three more launches of planetary missions. Two of them were Mars-bound. India sent its first-ever interplanetary spacecraft toward Mars on November 5, and NASA launched its latest Mars orbiter on November 18. 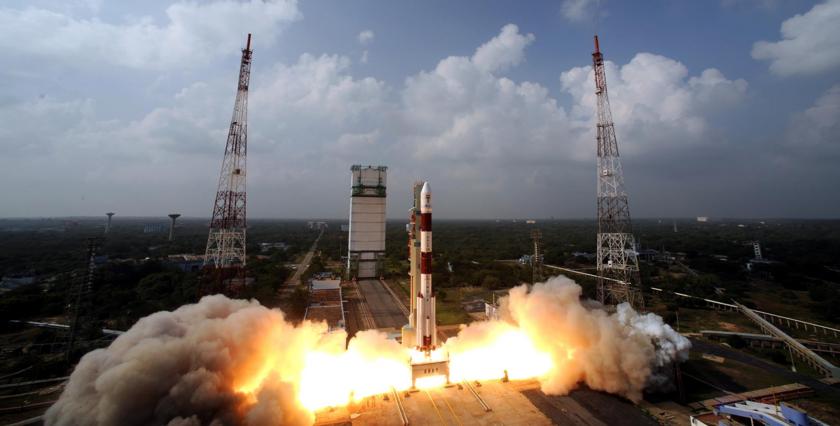 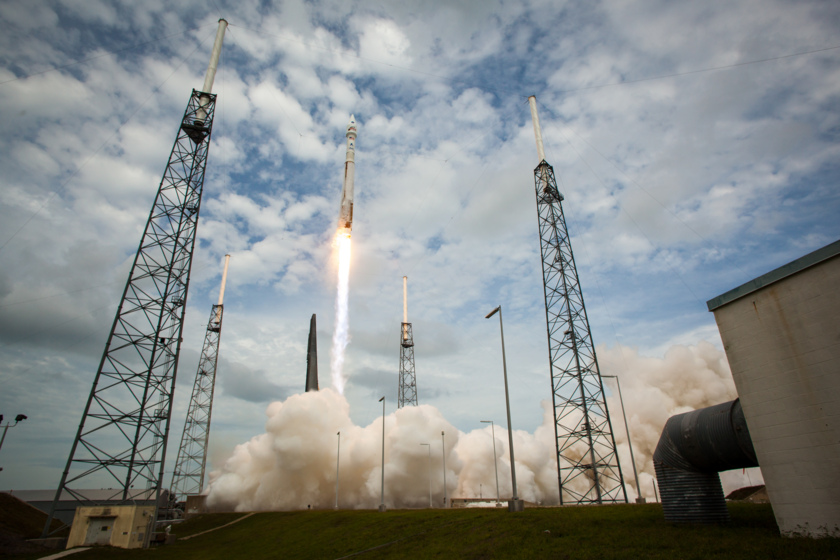 The final launch of 2014 sent the Chang'e 3 lander on its way to the Moon. After a brief transit and short time spent in lunar orbit, Chang'e 3 touched down on the lunar surface on December 14. Within hours it had unloaded and deployed a small six-wheeled rover, Yutu, that began making tracks in the lunar soil. The mission is expected to last three months, but could survive much longer. Who knows where Yutu's tracks will eventually lead? 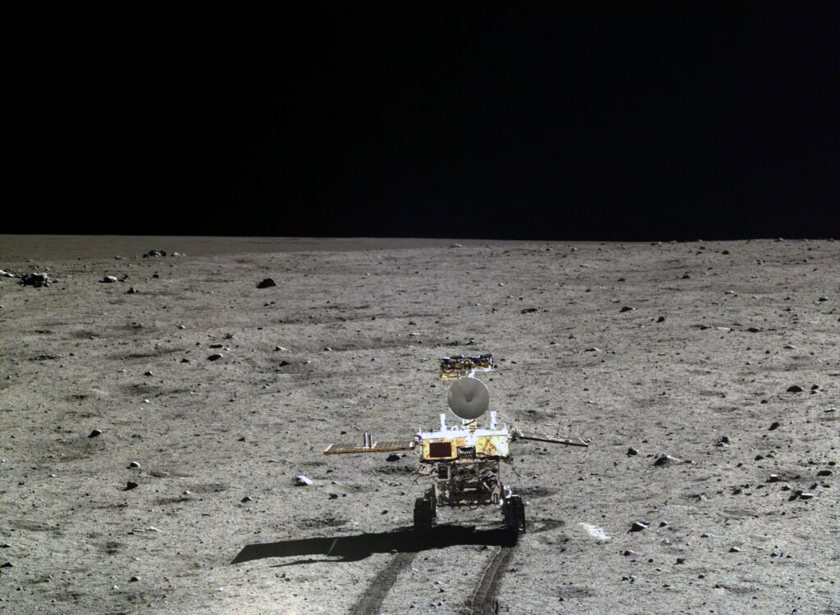 The Chang'e 3 lander took this photo of the rover Yutu on December 22, 2013. The rover had completed a semicircular tour of the lander and was departing the lander due south. This version of the image has been white-balanced and color-corrected.