When Spirit and Opportunity landed in 2004, I was with the science team in charge of a group of high-school students called the Red Rover Goes to Mars Student Astronauts. We're coming up on the 10th anniversary of the landings -- what have those "kids" grown up into? You'll meet many of them, hear about their experiences at the Jet Propulsion Laboratory 10 years ago, and find out what they're doing now, in a Google+ Hangout scheduled for 14:00 UTC on Friday, December 27. Yes, that's 6:00 my time. The Student Astronauts are all over the world, and time zones are a challenge. It won't be any worse than it was to live on Mars time though!

Here are the sixteen Student Astronauts as they were a decade ago: 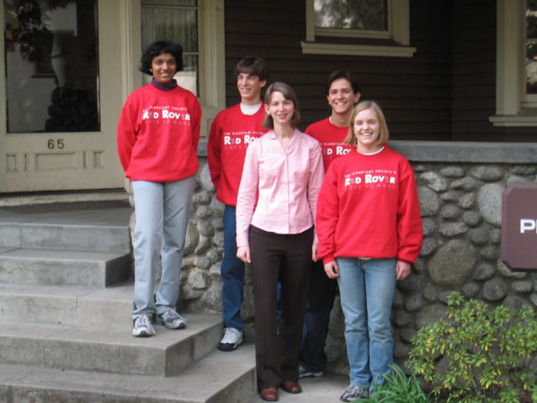 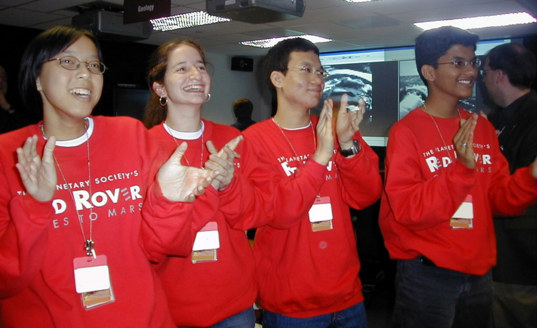 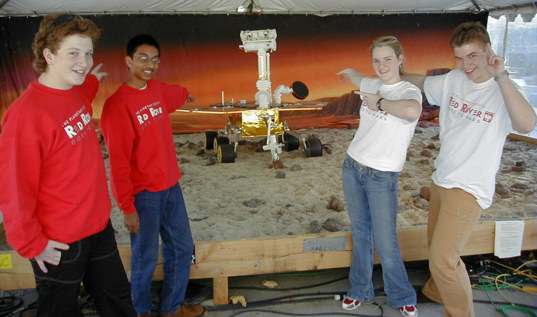 Student Astronauts: David, Saatvik, Janice, and Maciej with a model of the rover 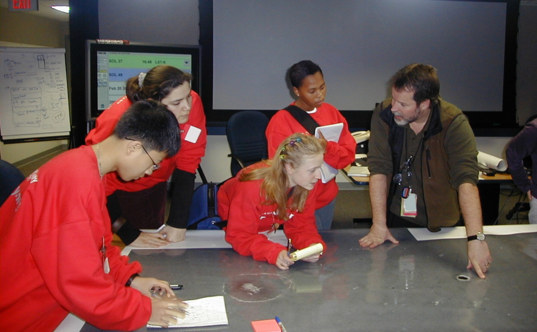