EDIT Nov 11 8:17 PT: I have now posted an update on Mars Orbiter Mission's status based on an ISRO statement.

The Mars Orbiter Mission completed its first, second, and third of six planned maneuvers in Earth orbit successfully last week. However, the fourth maneuver, conducted on Sunday at 12:36 PST / 20:36 UTC / Monday 02:06 IST, failed to lift the apogee of the orbit as high as planned. The rocket firing should have lofted the Mars Orbiter Mission to an apogee of 100,000 kilometers, but the burn imparted only 35 meters per second of velocity to the spacecraft, less than a third of what was needed to achieve the desired orbit. As of this moment ISRO has not yet provided an update on the status of the orbit.

Here is the only information I have regarding the cause of the apaprent underburn, from an Indian space blogger (Pradeep Mohandas) who has been a reliable source of information in the past, and who says he had it from someone at ISRO:

Underburn because of some issue with the [Liquid Apogee Motor]. Issue expected to be corrected today and another burn expected tonight or early tmrw morning.

So the 440-Newton main rocket motor (the LAM, or Liquid Apogee Motor) didn't run as long as it should have. There's no information yet on why it didn't, but if they're planning to perform another maneuver tonight (i.e. Monday morning California time), it can't be a serious problem. Assuming there is nothing seriously wrong with the spacecraft, it should be straightforward to correct an underburn during this phase of the mission, and the underburn and subsequent correction shouldn't have cost the mission any significant amount of precious fuel.

I realize this post doesn't contain much information, but I wanted to have something in the blog before I went to bed. I will keep you informed of further developments as I find them out! 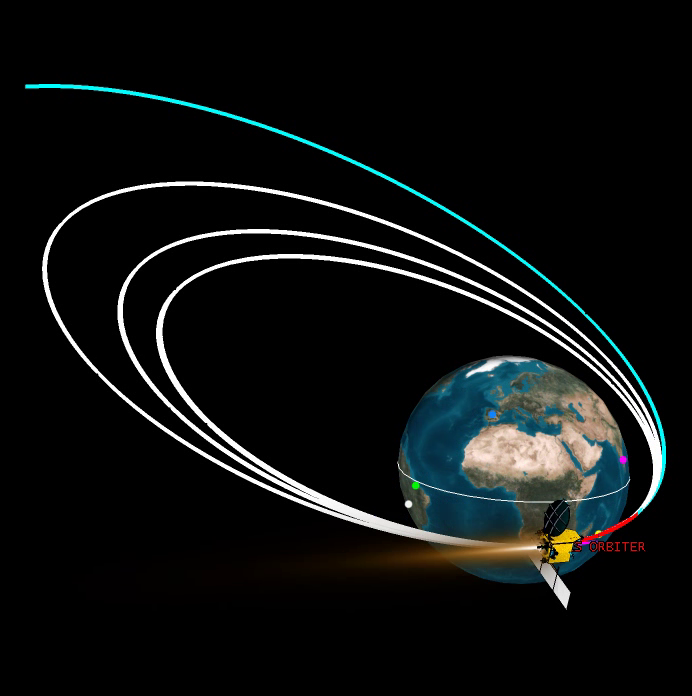 Thanks yours was the only post regarding the under burn. Nothing since 4 hours on their facebook page or update page.

I am confused.. is it a planned activity? http://timesofindia.indiatimes.com/home/science/Mars-mission-After-glitch-Isro-plans-supplementary-orbit-raising-operation-tomorrow/articleshow/25590366.cms "Isro said during the fourth orbit-raising operations held today (November 11, 2013), the redundancies built-in for the propulsion system were exercised, namely, (a) energizing the primary and redundant coils of the solenoid flow control valve of 440 Newton Liquid Engine and (b) logic for thrust augmentation by the attitude control thrusters,"

Madhu, when the planned test of redundancies was being tested as mentioned in ISRO's news release quoted by you the fuel flow to the engine stopped. It was not planned. It was a glitch. But from what they say not something very serious. Well so long as they don't "energise" primary and redundant coils together again.

Emily's hiccup head line has been picked up my the media and used in all articles, so much so, the ISRO chief had to say "there is no hiccup" :)

There is definitely a hickup, Please see below the explanations given by ISRO in their press release. http://isro.gov.in/pressrelease/scripts/pressreleasein.aspx?Nov11_2013