Blast from the Past: Spirit's tracks at the "End of the Rainbow"

Doug Ellison shared this lovely panorama via Twitter over the weekend.  It's from the Mars Exploration Rover Spirit, taken back in 2004. The drunken path in the middle ground is a visual record of just how exciting it was for Spirit to have finally made it to the Columbia Hills, and to rocks that were not fragments of basalt. In the foreground: the most awesomely detailed, perfectly proportioned shadow portrait of a Mars Exploration Rover that I can recall seeing. The Sun is low in the sky, which would make the shadow stretch long, and it does at its base. But then the landscape tilts a little bit upward, keeping the shadow from stretching out into skinny unintelligibility. 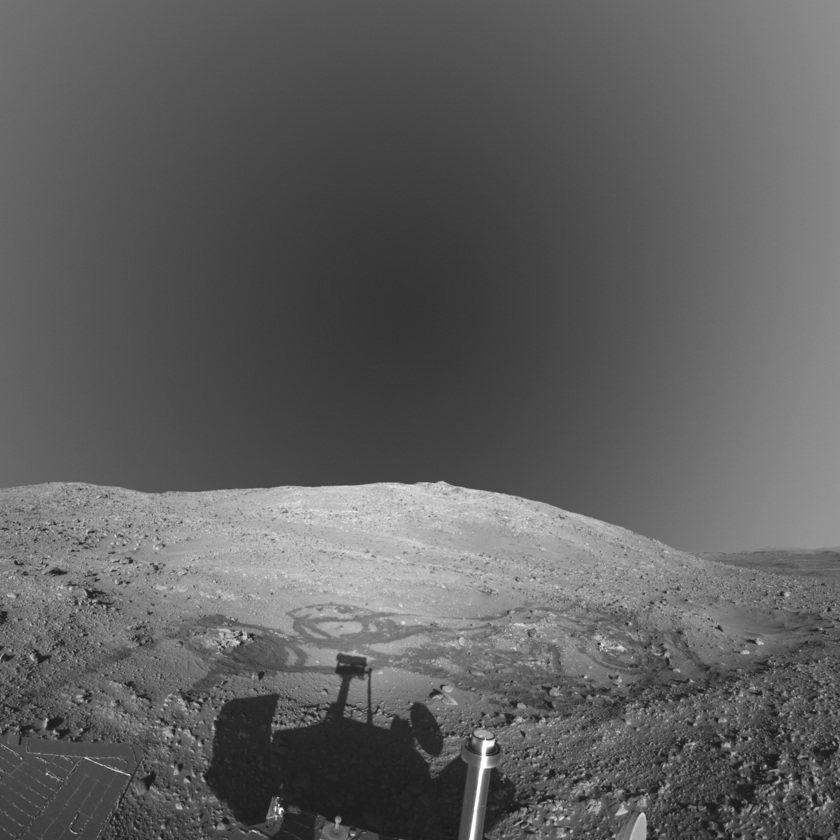 At the foot of Husband Hill

On sol 182, Spirit looked back at tracks she made at the foot of the Columbia Hills, exploring rocks named "End of the Rainbow," "Pot of Gold," "Jaws," and "Shredded," among others.

Spirit had pulled up to the Columbia Hills just a couple of weeks prior. This particular set of images was taken on sol 182 -- at almost exactly twice Spirit's warrantied mission duration. It had been a long and difficult march to get Spirit to the Hills, with no way of knowing for sure that the struggle was going to be worth it. But initial analysis of the aptly named rocks "End of the Rainbow" and "Pot of Gold" proved that it had: Spirit had finally found rocks that spoke of the chemical activity of water in Mars' ancient past. It still wasn't the lake sediment they'd landed Spirit in Gusev crater to explore, but it was fossil evidence for some kind of liquid water on Mars.

They didn't stick around for long. The Mars Exploration Rover mission always pushed quickly onward; there was a palpable sense that time was not on their side. It's amazing, looking back at Spirit at sol 182, to know that the End of the Rainbow was really just the beginning of a science mission that would last more than two thousand sols longer. 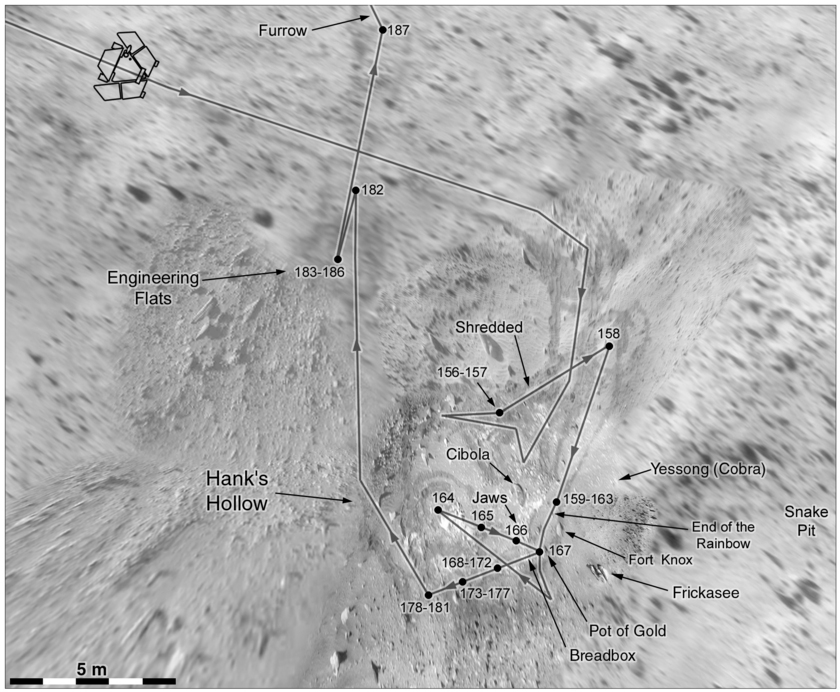 After a long and arduous drive across the plains, Spirit finally arrived at the Columbia Hills on sol 156 (11 June 2004). This map is from the book International Atlas of Mars Exploration, Volume II.

this is a beautiful image of Mars but this black and white, I like the shadow of the Spirit rover on Mars elevacon, and think that picture today and has come up where the Spirit rover.