Venus is underrepresented in planetary geology these days, because there hasn't been a new mission that could clearly see the surface since Magellan ended in 1994. Which is sad, because Venus' surface is so striking. I've been working on filling out the "space images" section of our website lately and decided we need more Venus. So here's a picture of the surface of Venus, which I found while browsing around the planet at mapaplanet.org. Here's a direct link to the map-a-planet page for this part of Venus. I picked this spot to show you a particular kind of rough terrain on Venus' surface known as "tessera." 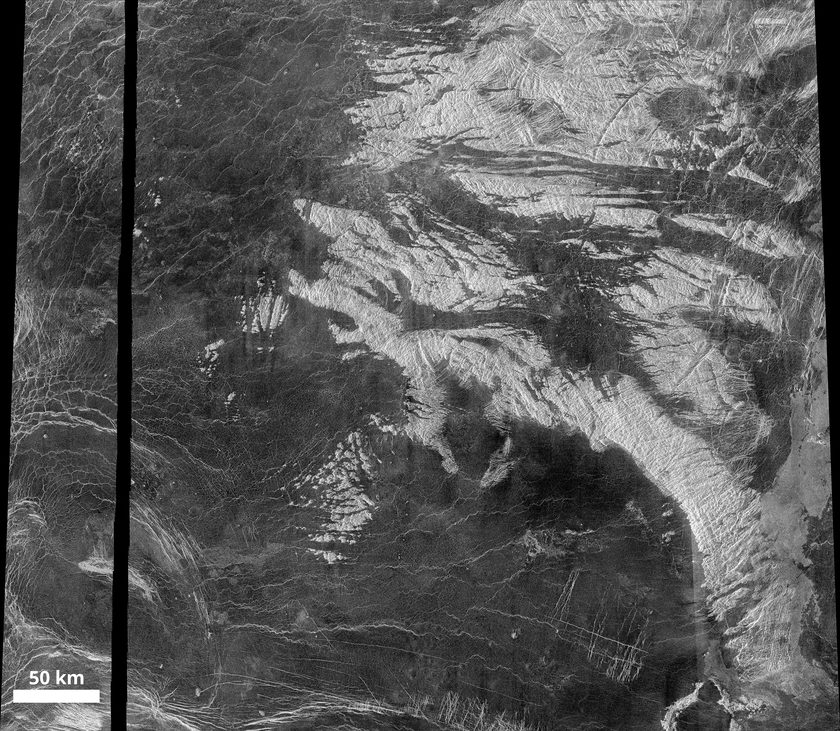 This is an area of Venus located southeast of Fortuna Tessera. The bright, rough terrain is "tessera"; the dark material between it is smoother lava plains. The plains are cut by polygonal cracks and folded by wrinkle ridges. Plains lavas have flowed into linear cracks in the tessera, indicating that the plains lavas came after the tessera.

If you zoom in and take a look around, you can see how tessera is broken up by fractures and/or folds -- multiple generations of them, criscrossing each other willy-nilly. At its edges, you can see how the darker (hence, smoother) plains lavas lapped up onto the tessera, making it look in some places almost like the lavas dissolved the tessera away.

You might predict that the remaining tessera stand high, and the lava plains low. When you look at the data, though, the actual story of the topography isn't that simple. Magellan did return topographic data, but its resolution is nowhere near the resolution of the radar images. Here's what the topographic data look like for exactly the same region. Dark is low, bright is high. Each of those little parallelograms is a pixel in the global digital elevation model for Venus. And each of those pixels is actually substantially smaller than the footprint of Magellan's altimeter. It actually sampled an area about 2 by 3 or 4 pixels in size each time it bounced a radar signal off the surface to measure the range. 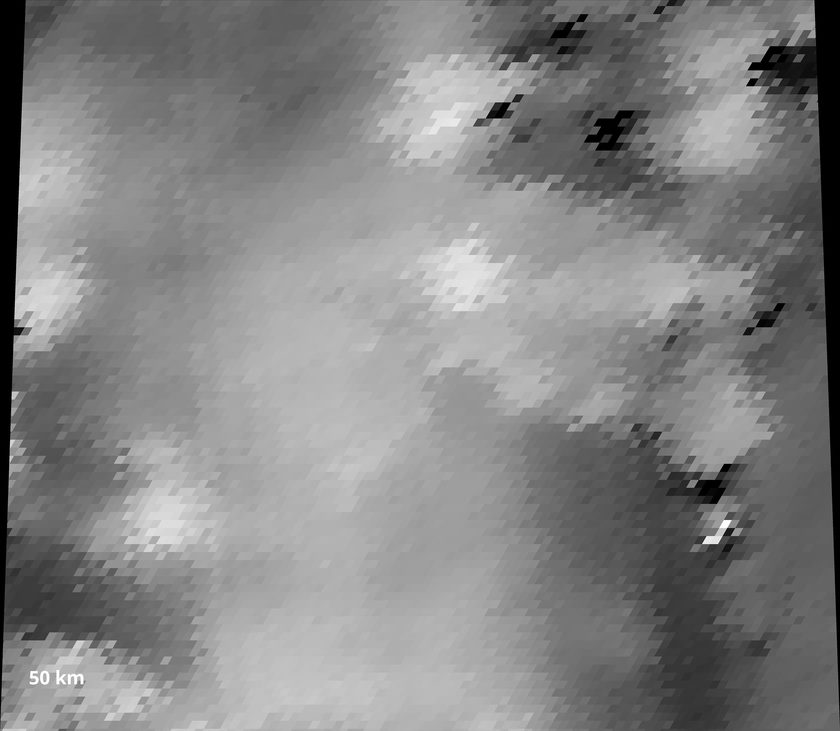 It wasn't at all obvious to me how this elevation data related to the image data, so I did an old trick: I colorized the elevation data and overlaid the color on the image. Incidentally, it's common to use a rainbow spectrum for this operation, but that is very bad for people who are colorblind. I adopted a color table suggested in this Eos article, where blue is low, white is intermediate, and red is high elevation. Voila. Have we learned anything? 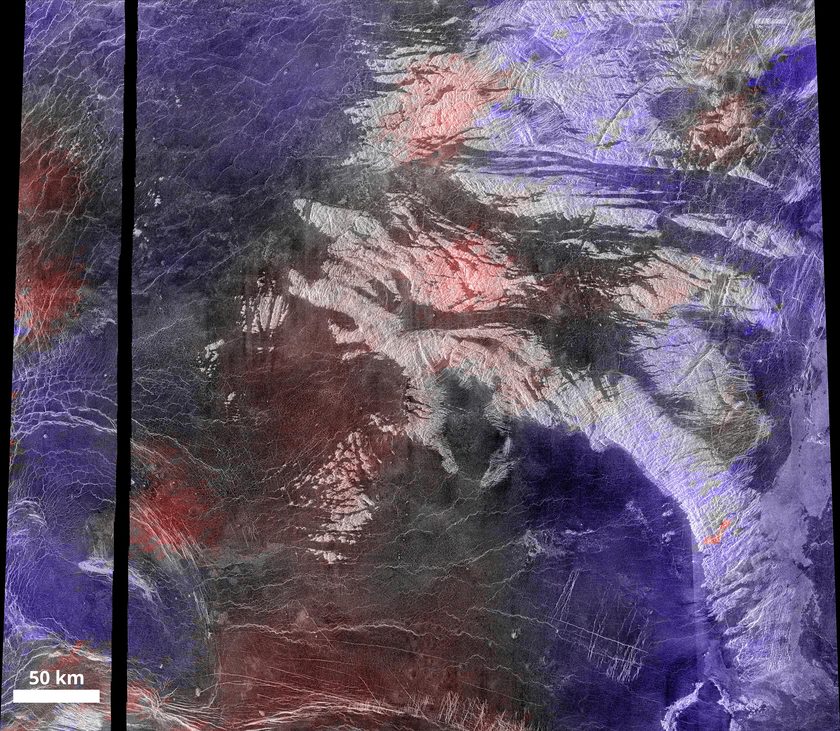 Here is what I learn from looking at the photo:

There is a new topographic data set for parts of Venus, developed by Robbie Herrick, based on stereo imaging rather than on the altimetric data. I downloaded some of the data but it's just a little beyond my image processing comfort zone and I didn't wind up producing anything I was willing to show anybody. If any of you out there try it with better results, let me know!

I agree there need to be more missions to Venus. Perhaps take the hardware off the Megellan back-up parts from the 90's and assemble a new radar imaging orbiter, and launch spacecraft using a Russian Proton Booster (the Russians could add a lander or other instruments) A follow-up radar imagery mission could detect active volcanism, which may have obliterated features seen by Magellan. The Soviet Venera missions were amazing engineering feats, given the temps and pressures in which the landers operated, returning such amazing photos. A benchmark mission such as this could pave the way for more abitious missions to the inner and outer solar system, by combining resources from the USA, Russia, Japan, ESA, India, China, and other nations