1. Too many seasons have passed

Mars Polar Lander crashed on December 3, 1999, just before the southern summer solstice. Since then, six and a half Mars years have passed (it's almost southern winter solstice now). If you examine a successful polar landing site, Phoenix, you will see what only two Mars years of polar winter has done to an intact spacecraft's landing site. It is still possible to spot two of three isolated bits of hardware -- the lander, with solar panels collapsed, and the backshell. (The heat shield has all but disappeared under dust.) But several of the things that made it easy to pick out Phoenix' landing site, particularly its parachute and the large dark haloes that surrounded the landing and impact sites, are no longer visible. Here's a comparison of two HiRISE views of Phoenix, one taken while the lander was still operating, and one taken last month, after two Mars winters. 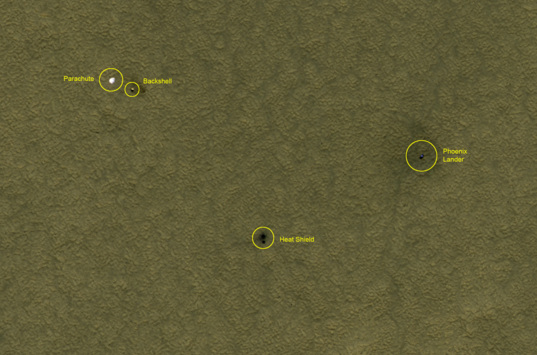 Mars Polar Lander is not likely to be intact, so would always have been harder to spot than Phoenix. But its backshell and parachute may have made it to the ground in as good condition as Phoenix's did. Basically, all we have hope of spotting is that lone backshell. If we did not know where Phoenix' backshell actually was, it would be awfully hard to find in numerous photos of that very repetitive polygonal polar terrain spattered with isolated boulders.

2. The terrain is very hard to search, leading to too many false positives

The north polar terrain is repetitive and its isolated boulders look a lot like landers. But at least it's moderately smooth. The south polar terrain is much worse, rougher at the scale of a lander, so as you try to scan the landscape your eye keeps getting caught by things that look circular-ish. When people try to search these images for the lander, many of them think they discover it in the first image that they search, but they're only seeing random shapes in the rough terrain. 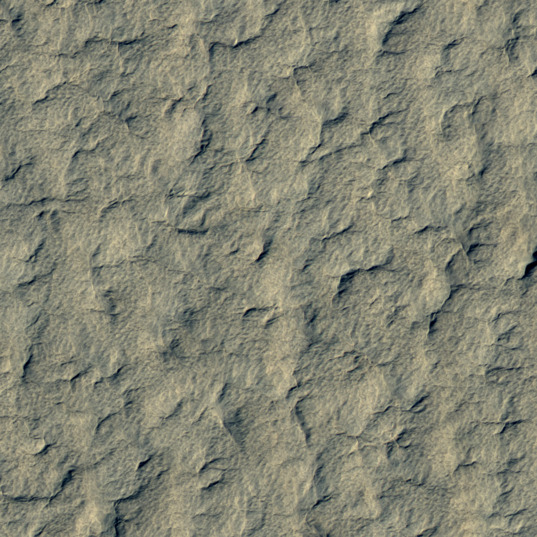 A small area of south polar landscape in the vicinity of the crash site of Mars Polar Lander. This terrain is devilishly difficult to search. From HiRISE image ESP_013935_1030_COLOR.

3. Most people just don't understand the scale of the images

When viewed at their full resolution, HiRISE images show incredible detail. But, in my experience, most Polar Lander searchers don't understand how to view the images at that level of detail. The images that you can open in a Web browser are very low-resolution versions lacking anything close to enough detail to enable you to pick out a wayward lander. You need to use the HiView tool, or some other piece of software that can access the *.jp2 format full-resolution images, and you have to zoom in to a level no lower than 50% scale to have any hope of spotting hardware. Nearly everyone who has ever emailed me thinking they have spotted the lander has been looking at browse images of resolution far too low to reveal missing hardware. This problem can, at least, be solved with education, and I'll plan to devote a future post to explaining exactly how to access HiRISE data with HiView.

I'm sorry to be discouraging to people, but that's the situation. Alfred McEwen, the Principal Investigator of the HiRISE camera feels the same way. In May 2010 he wrote the following in a caption accompanying the HiRISE view of Phoenix after one Martian winter:

The comparison of these images reveals why it has proven so difficult to locate the failed 1999 Mars Polar Lander (MPL). HiRISE searched for MPL after several southern winters had passed, so the hardware likely appears similar to the Phoenix hardware in 2010. The bright parachute is completely hidden by dust and the bright specular reflections are gone. The lander appears as an unusually large shadow from what might appear to be a boulder that is undersized relative to the shadow. The backshell has an unusual shape for a boulder, because it came to rest on its side. There is still a dark spot where the heat shield came to rest, but the bounce mark to the west is not apparent. In other words, in 2010 there are only very subtle hints of the Phoenix landing event in HiRISE images.

If that's all we had to go by, if Phoenix had failed and we were searching for it over a large landing ellipse after a polar winter had come and gone, it would be extremely difficult to deduce that this was the landing site or to understand if the landing itself had succeeded. This is not to say that the lander will never be found. But I think that it's unlikely to be found by individual people searching individual images. I think that the only hope for finding Mars Polar Lander is a Zooniverse-style citizen science project that chops all the available imagery into small pieces and presents those pieces to volunteer searchers who have been trained to search for objects of the right size. In fact, you're more likely to have success looking for other missing landers, like Beagle or even Russia's Mars 6 -- the HiRISE team has commanded the camera to take photos looking for those sites, and will continue to do so!

While I am discouraging the search for Mars Polar Lander, I do not want to discourage people from viewing HiRISE images. So here is the email I am sending out to all those volunteers.

Thanks for your interest in volunteering to search for Mars Polar Lander. You're welcome to search, but I'm no longer sanguine about this particular lander being found by lone searchers. I've gotten enough queries from New Scientist readers that I wrote a blog post about why:

That being said, I DO encourage people to go check out HiRISE images in their full, detailed glory, and see some of Mars' amazing landscapes. You can browse their images here
ttp://hirise.lpl.arizona.edu/katalogos.php

To see the images at their fullest resolution, you will need to use HiView

I went to their website today and their featured image was part of a search for Russia's Mars 6 lander!

Have fun journeying around Mars,