Today Opportunity sent back to Earth the last few frames of the "deck pan" self-portrait she took during the waning days of 2011. Her solar panels are very dusty, which isn't helpful. It's near winter solstice in her southern location on Mars, so the angled Sun is not providing as much power as it would in a different season. That's why she's parked for a while to take it easy. She's not idle; she's shooting a panoramic photo of her surroundings, just a few frames each day, while she does some slow, paitent work with the aging Mössbauer spectrometer and other tools on her robotic arm. 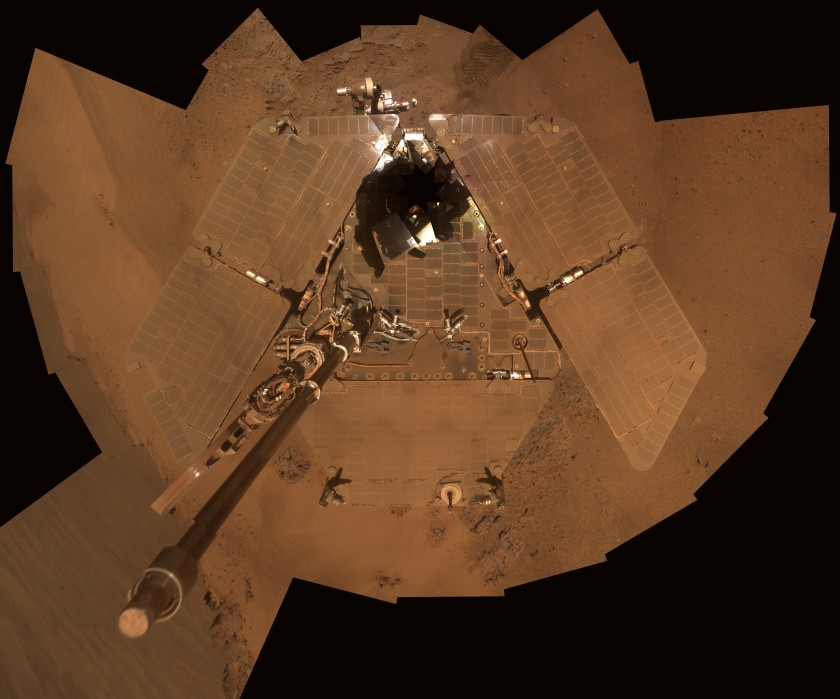 For those of you who are asking the inevitable, probably most Frequently Asked Question of the rover mission: why didn't they include a dust wiper on the rovers? Here's a good answer.