Pretty picture: Saturn, a big moon, and a teeny one

Here's a lovely recent view from Cassini of Saturn with its largest moon (Titan) and one of its teeny ringmoons (Prometheus, which is a little dot at the top of the rings on the right). The rings cast shadows on Saturn's southern hemisphere. The B ring casts a much darker shadow than the A ring because much of the B ring is packed so densely with large particles that it is opaque to sunlight. The A ring casts a paler shadow because its particles are separated enough that it's translucent. The color looks a bit monochromatic because it's only emulating true color -- the two images used to compose it were taken through filters in infrared wavelengths. 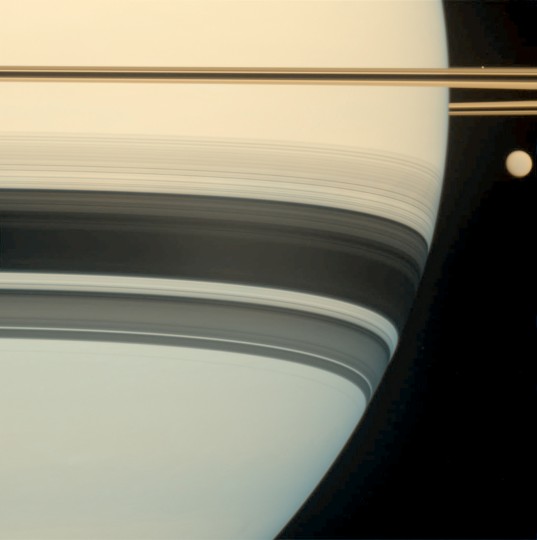 With this post I'm back from vacation, and more importantly, the kid is back in school, so I'm now ready for 2012 to begin! Stay tuned for a great year of science, news, and pretty pictures from across the solar system!