It's sol 52 and Curiosity is now within spitting distance of its first science destination within Gale crater: a spot the team has named Glenelg. Here's an orbital view of what brings Curiosity to this location: the conjunction of three distinctly different types of rock. 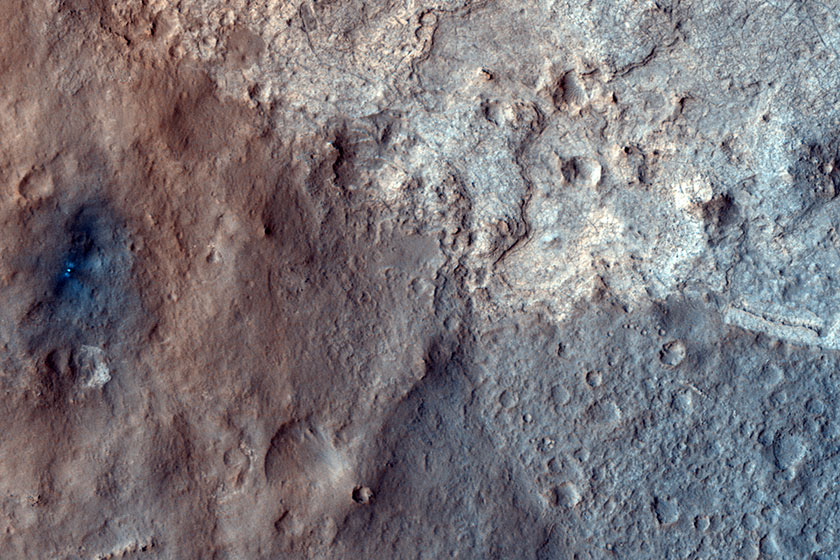 Here's a route map maintained by Phil Stooke, showing just how close Curiosity now is to this first destination. 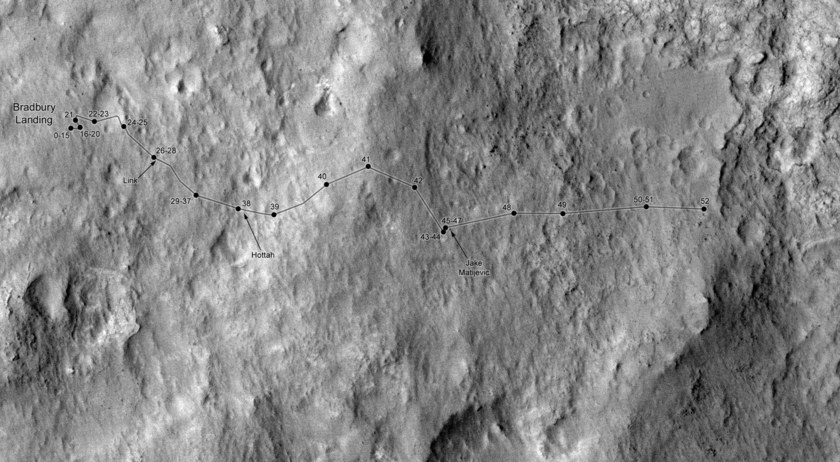 And here's the view out the front windshield (so to speak). The "high-thermal-inertia unit" has a distinctly brighter tone than the rock Curiosity is currently driving on: 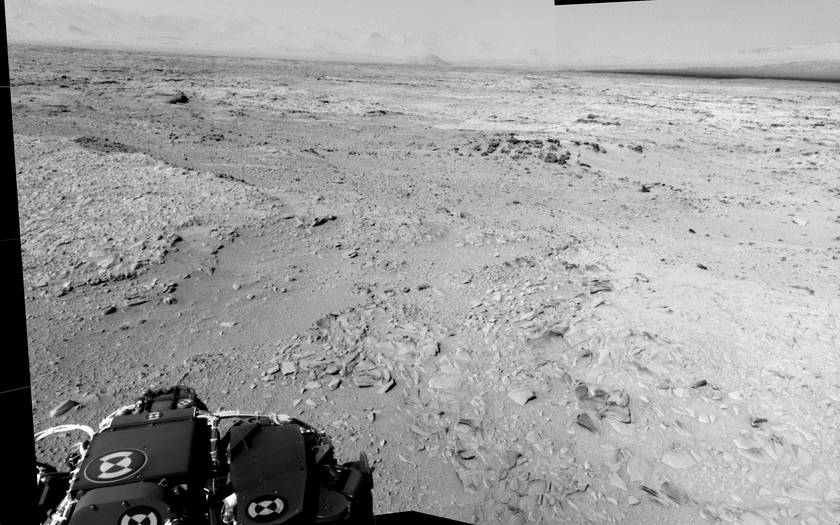 There was a press briefing yesterday, featuring the announcement that some of the rocks Curiosity has been sitting on, including this cool site now named "Hottah," are conglomerates containing rounded cobbles cemented into a rock. This is pretty much diagnostic of a vigorous running-water environment, that is to say a river on the order of a meter deep. Here's a really nice video explanation from JPL:

To my surprise, they didn't talk either about what they had learned at the "Jake Matijevic" rock, or about the Phobos and Deimos transit images they took over the last weeks. Which means I'm going to have to do some investigative journalism to tell those stories. But not today; I have to write my What's Up in October post. Stay tuned....